Use Of Force Soon? Guaidó Suggests ‘All Options’ To Take Maduro Out


BOGOTA – Venezuelan National Assembly chief Juan Guaidó said late on Saturday that “all options” should be on the table after the incidents of violence recorded hours before on the borders of the Caribbean country that it has with Brazil and Colombia. “Today’s events force me to make a decision: to formally present to the international community that we must have all the options open to achieve the liberation of this country that is fighting and will continue to fight. Hope was born not to die, Venezuela!” wrote Guaidó on Twitter, apparently from his hideout in Bogota.


73K people are talking about this
Although he did not say so openly, the tweet raised the idea that it would be a call for military intervention in Venezuela, according to Oliver Stuenkel, an assistant professor of international relations at the Getulio Vargas Foundation (FGV).
- Advertisement -


72 people are talking about this
Venezuela’s self-proclaimed interim president Guaidó has the support of the United States, most Latin American countries (including Brazil and Colombia), and major European nations, but is seen as illegitimate by allies of President Nicolas Maduro, including Russia and China. Throughout Saturday, Venezuelan troops blocked the entrance of humanitarian aid coming from the US, which generated violent clashes on the borders with Colombia and Brazil. Troops had withdrawn foreign aid convoys from the Venezuelan border using tear gas and rubber rubbers on Saturday. Monday, Guaidó will meet on Colombian soil with Vice President Mike Pence. A new meeting of the Lima Group is taking place in Bogota, in a new movement that should try to strengthen international support for the current opposition leader to Maduro in Caracas. “To advance our route, we will meet on Monday with our allies of the international community, and we will continue to call for future action within the country. Guaidó.


29.3K people are talking about this

Earlier, US President Donald Trump and his National Security Advisor John Bolton gave indications that the use of force could be on the table, but the rest of the international community, including the military wing of the Brazilian Jair Bolsonaro government, dismissed the hypothesis.

‘Sick & twisted’: US Senator Rubio tweets picture of Gaddafi’smurder as a threat to Maduro 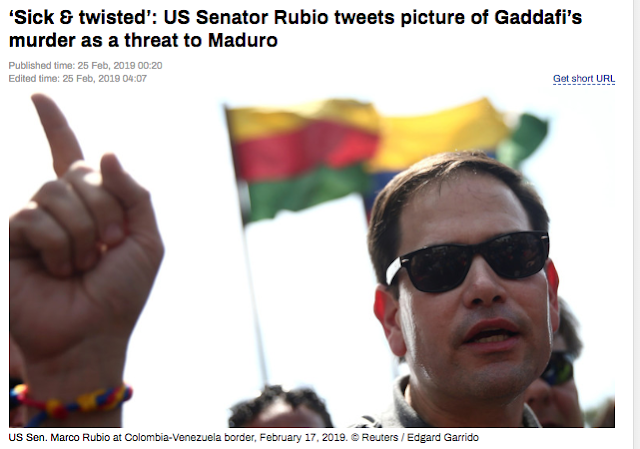 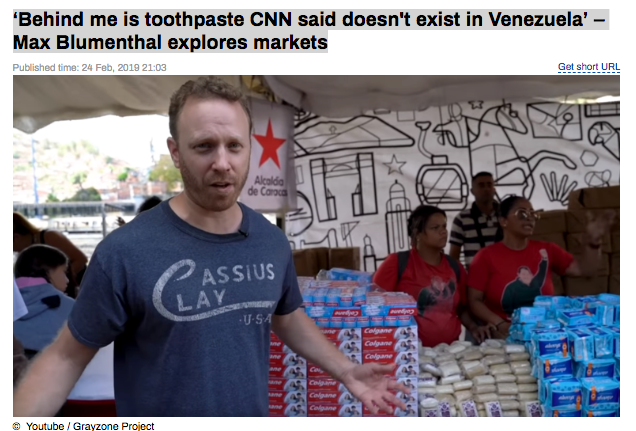 Posted by seemorerocks at 20:13