Observations of sea ice on the east cast of Novaya Zemlya

Trying to monitor what is happening with the sea ice is difficult. Trying to get an accurate picture depends sometimes depends on contradictory data. For instance, data on sea ice thickness from the EU is quite different from that from the US Navy.

This article explains the difficulty although it does not refer to the many years of work that Peter Wadhams has done by measuring sea ice thickness by sonar from a submarine. As a layman and non-expert it seems to me that this must be more accurate than satellite measurements.

But that is no longer available to us. 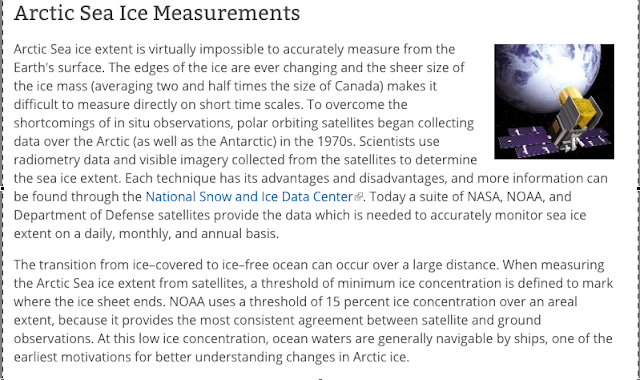 I have become convinced that the best way to look at this is to choose a data set and go with that. Trying to compare different sets of data is a frustrating exercise.

However, as well as looking at the shorter-term data on a day-by-day, week-by-week basis can be misleading. We also need to do comparisons over a period of time.

I have taken screenshots of the sea ice in the same position on the east coast of Novaya Zemlya in the Kara Sea.

The orientation differs from the map - you have to turn the map 90 degrees counterclockwise to get a true orientation. 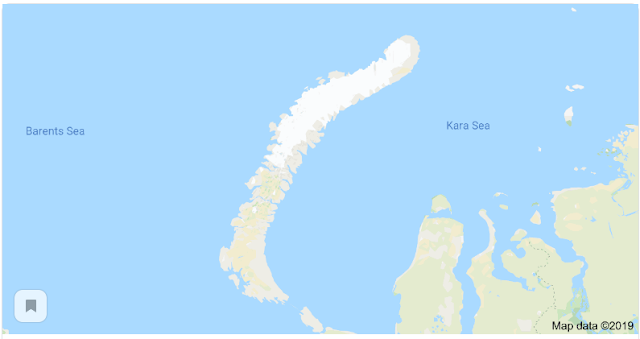 As discovered by Margo if you turn on a layer for Ice Surface Temperature you can discover  which areas are cloud-free (difficult when  looking at ice).  Not only that but you can get a temperature (ind degrees Kelvin) for the surface ice. 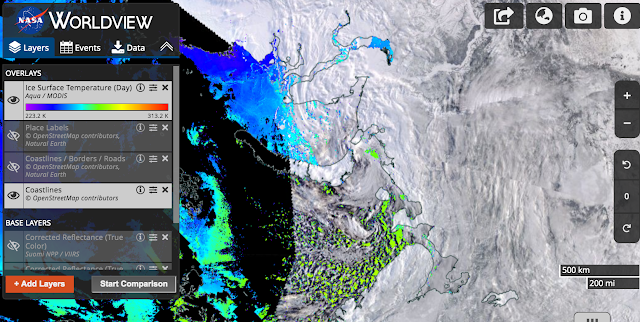 Another difficulty is the wide difference between two data sets, Earth Nullschool and NASA Worldview.

Is one of them inaccurate or are they measuring something different? 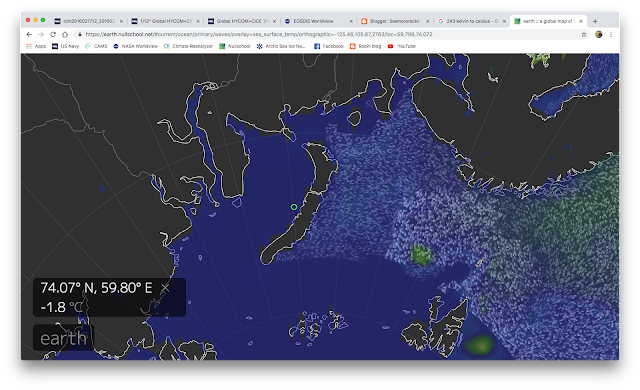 Here are views with corresponding temperatures (as per NASA Worldview) 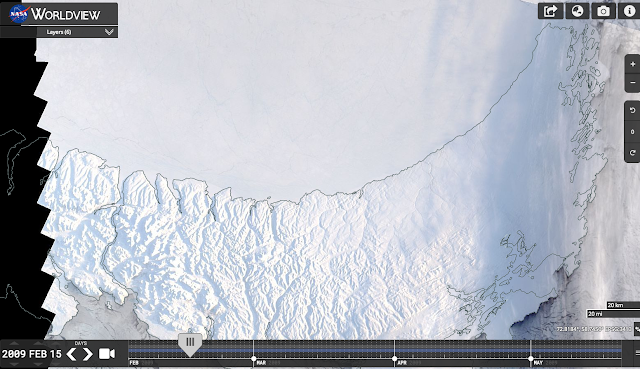 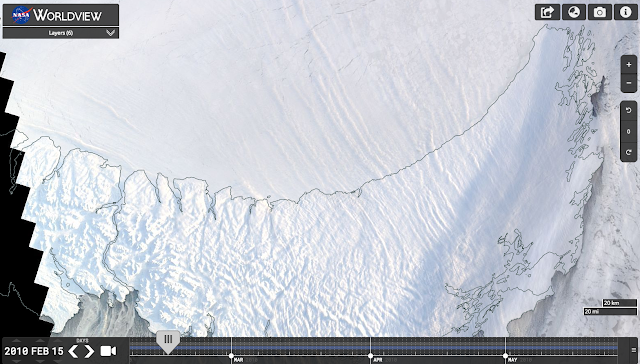 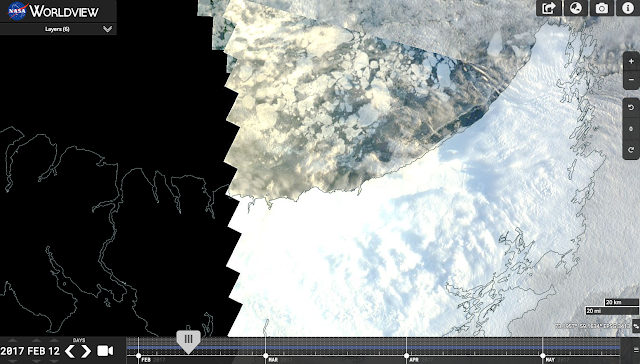 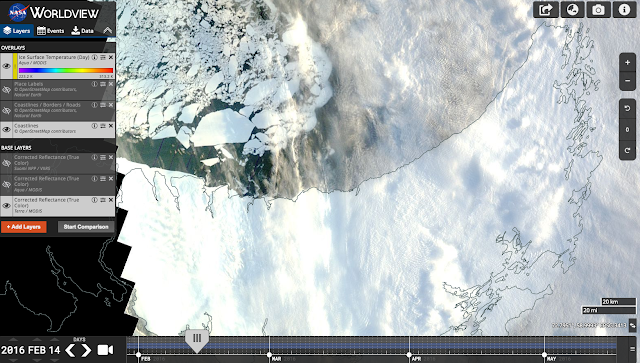 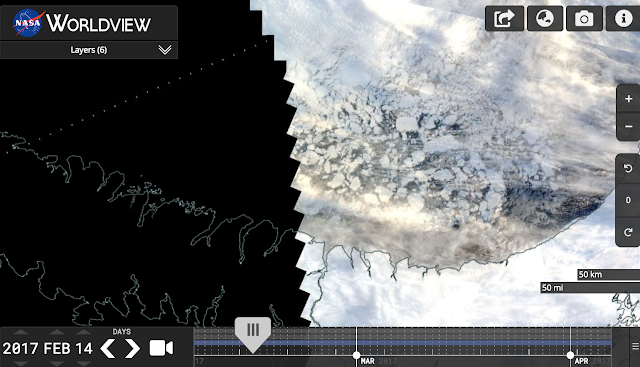 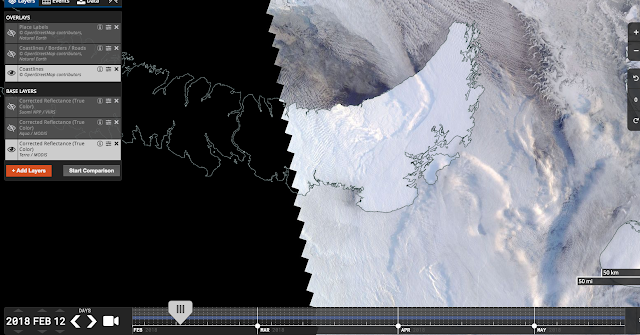 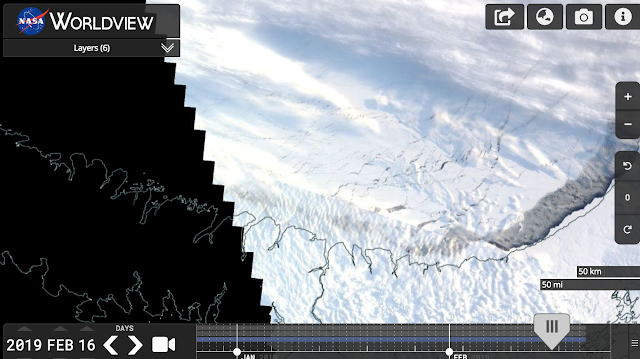 If I was to make some quick observations it would be the following: