Think Progress is one of the most conservative,liberal sources on climate change. It looks as if it is catching up with evidence that Guy McPherson has presented for at least 5-6 years, that humans are running out of habitat.


Vineyards would, it seems to me,to be the LEAST of our problems,even if you addicted to booze.

Climate change is driving more severe weather, which in turn is threatening food. 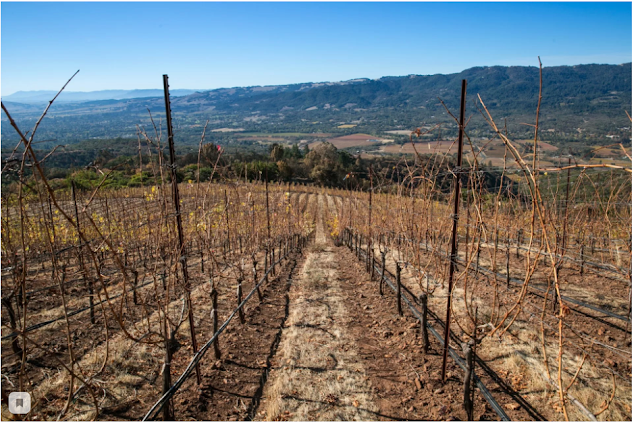 Extreme weather is imperiling food security across the globe with greater frequency, according to new research released Monday highlighting the impact of worsening weather disasters on global markets and food systems.

A study by researchers at the University of Tasmania published January 28 in the journal Nature Sustainability found that food production is becoming increasingly susceptible to climate and weather volatility.

These “food shocks” — or, sudden losses to food production — are hitting local communities hard, in addition to impacting the global economy, with long-term implications.

“Critically, shock frequency has increased through time on land and sea at a global scale,” the study notes. “Geopolitical and extreme-weather events were the main shock drivers identified, but with considerable differences across sectors.”

Weather events including floods, droughts, hurricanes, and other shocks have taken a toll on agriculture and growing systems. Across 134 nations over a 53-year period from 1961 to 2013, researchers identified 226 food production shocks across all sectors, including crops, livestock, fisheries, and aquaculture.

Using data from marine and inland fisheries, crop and livestock production records, and other resources, the study’s authors pinpointed alarming trends over the course of the last half century.

In analyzing that time period, researchers found that shocks happened more frequently as time went on. Upticks were noted between the 1960s and 1970s, as well as during other periods, including between 2000 and 2010, in line with both weather events and major national crises that occurred at the time.
When any food sector is impacted, people risk going hungry, in addition to farmers and other food producers losing their livelihoods. That can create catastrophic unrest rippling across countries and regions, and, eventually, the world.

“A wide range of social and ecological pressures on food systems can drive shocks through direct or indirect mechanisms,” the study states. It goes on to note that “People’s vulnerability to shock events rests on their capacity to adapt, the scale and frequency of shocks, and their dependence on the affected sector.”

Strengthening resilience against food shocks is a key point of concern for the study’s authors, who emphasize urgency. Warming temperatures and a changing climate have come hand-in-hand with an uptick in the weather crises that cause food shocks.
“Increased investment in food systems research to improve resilience to shocks is urgently required under climate change,” the study warns. Resilience can include a number of shifts, including diversifying food sources, creating new climate-conscious infrastructure, and bolstering domestic food sources for areas dependent on international trade.

Not all regions have been impacted equally. South Asia, for example, is already among the regions most at risk, with floods and heat waves becoming more common across countries like India, Bangladesh, and Pakistan. Food shocks hitting crops were most common in that region, while Eastern Europe has seen major blows to its fisheries and South America’s aquaculture has suffered.

And while weather events take up much of the report, the impact of geopolitical events is also noted as a driver of food shocks, with the fall of communism in Soviet Russia and a series of wars in Afghanistan among the examples. Those two factors — weather and political crises — have combined to throw off food production, and, in turn, threaten people around the world.

“In recent decades we have become increasingly familiar with images in the media of disasters such as drought and famine around the world,” said lead author Richard Cottrell in a press release. “Our study confirms that food production shocks have become more frequent, posing a growing danger to global food production.”

The study comes after a brutal year that saw wildfires, hurricanes, floods, and other disasters play out across the world. In 2018, more than 100 people died in Greece amid raging wildfires, while heat waves devastated India and Pakistan. Flooding in Nigeria and Japan killed more than 400 people and the combination of two earthquakes and a tsunami left over 3,000 people dead in Indonesia.

In the United States, impacts also took a heavy toll. Wildfires in the West killed more than 100 people and cost California more than $3.5 billion in damages. And for the second year in a row, hurricanes pulverized the Gulf and East Coasts, drenching North Carolina in a record-shattering amount of rain and wreaking havoc in Florida and other states.

While no single event can be easily connected to climate change, scientists have consistently drawn connections between global warming and increasingly erratic, and more intense weather patterns. Drier and hotter temperatures are fueling more deadly fires in areas where wildfires are common, while warmer-than-average waters in the Gulf of Mexico and elsewhere are allowing hurricanes to become more damaging.

As those climate impacts worsen, Monday’s study indicates food production will continue to suffer as well. Wildfires and hurricanes alike destroy crops and set back growing seasons, in addition to harming the infrastructure used for future efforts. Preparing for that inevitability will be critical to mitigating such impacts.

“With extreme weather events predicted to increase into the future, potentially interacting with civil unrest, achieving food security in regions most exposed to shocks may hinge on successful social protection mechanisms to help people cope and recover,” the study warns.

“Fundamental shifts towards shock-resilient food systems will require considerable but achievable changes to how we grow and trade food.”