Chinese authorities have placed an indefinite ban on Australian coal imports ahead of a strict new regime of quotas.


Ahead of the ban, Australian exporters had experienced significant delays in moving coal through the Dalian ports, with the average time to process a load slipping from 25 days to 40 days since the start of the year.

Coal is Australia's most valuable export generating $64 billion worth of income, with China consuming around a quarter of the total shipments. 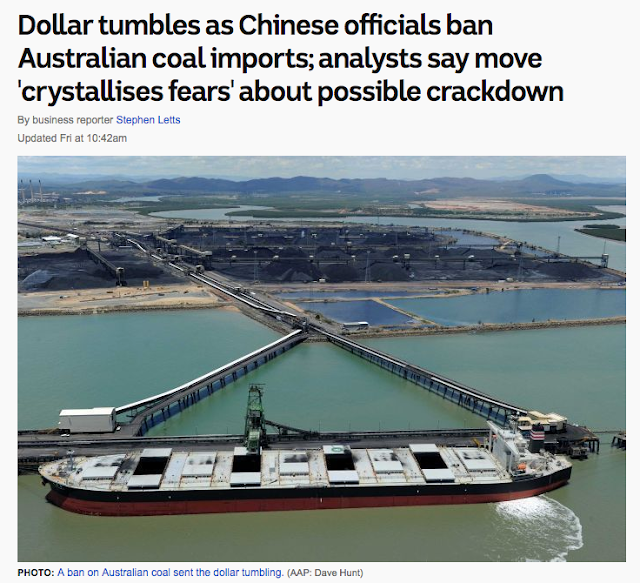 Posted by seemorerocks at 18:17