Drought and fires continue in New Zealand along with summer snow 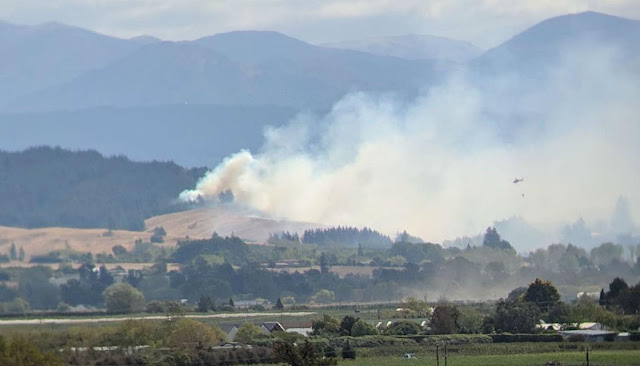 Newshub,
27 February, 2019
Crews are still working to fight the fire that broke out at Redwood Valley in Moutere on Wednesday.
Anyone who self evacuates is being asked to register with the Welfare Centre at New Life Church on 85 Wensley Rd, Richmond.
Police are telling residents to evacuate as a fire threatens Moutere in Tasman.
The fire has now reached 4 hectares and spreading rapidly.
Smoke is also spreading fast.
Metservice meteorologist Georgina Griffiths says the weather will be little help in controlling the blaze.
"This evening's front produces very little for Nelson. Some in the Nelson region will get a sprinkle but it will be so little," she said in a statement on Wednesday
"Basically in the next five days there's virtually nothing of note for Nelson in terms of rain. It looks very dry."
January and February have been the driest months on record for the region, and that looks set to continue through March. 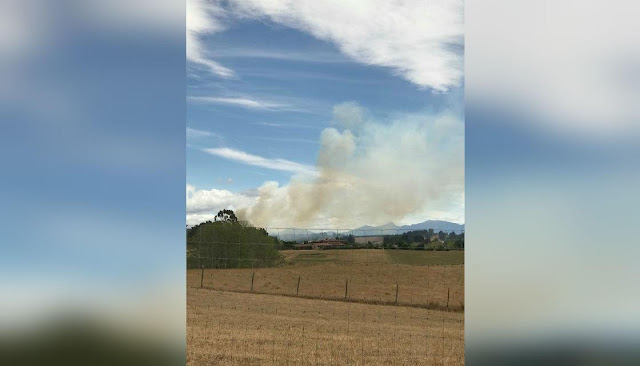 Police are evacuating areas of Moutere Highway, and five helicopters are responding to the fire with more en route.
The blaze broke out at Redwood Valley on Wednesday afternoon, potentially putting property at risk.
"Due to a fire, residents living on a stretch of Moutere Highway should self-evacuate. This affects properties between Old Coach Road and Maisey Road," police posted to Twitter.
"Police are following up with evacuation patrols." 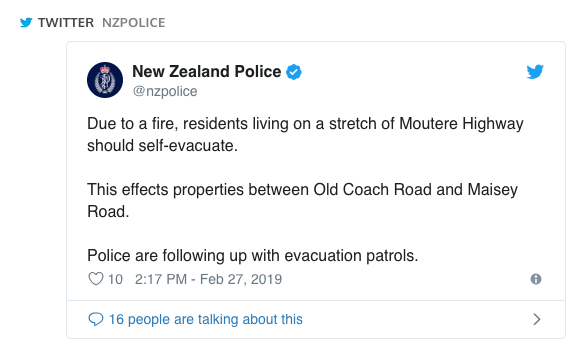 Fire and Emergency is responding to the fire both on the ground and in the air.

"The fire has been confirmed at Cut Hill Road, Moutere," Fire and Emergency posted on Facebook. 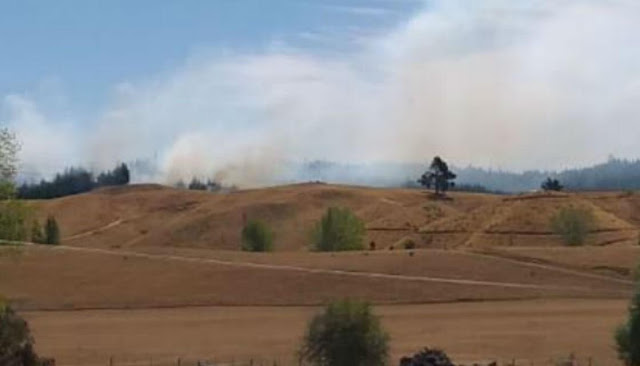 "There are currently 16 appliances plus support vehicles (pumps and tankers) at the site with helicopters en route."


Newshub,
26 February, 2019
Two new regions have been declared drought affected on Tuesday - Nelson and far western Marlborough.
The weekend may have brought a little rain to some parts of the country but not enough to relieve the drought in the upper South Island.
Drought has been declared in Nelson and far western Marlborough, to add to that already in Buller District, Tasman, Taranaki and the far north.
Pockets of Tasman are described as severe, and as a result some growers are already cutting their losses.
Julian Raines grows boysenberries, apples and gold kiwifruit, and the drought is hitting him hard.
"We've lost size in our fruit and we're making decisions, based on the return, which crop we water and which we don't," Julian Raine, an orchardist in Waimea Plains.
Some are taking drastic measures, taking land out of production or hoeing vegetables in because they don't have enough water to keep them going.
"The financial cost will really come in fruit size and not meeting expected yields, through to implications for return bloom next year," Mr Raine says.
The critical water shortage continues in Tasman, with most outdoor water use prohibited and a call for a 25 percent cut in use by businesses. And the forecast into March offers little hope, with summer-like conditions returning for many areas.
Further down the South Island Christchurch also had a dry hot summer - but a recent cold blast has prompted the arrival of an unexpected winter activity.
It's the end of February and Mt Hutt is covered top to toe in snow. In fact this is so unseasonal it's hard to figure out the date.
Workers are now out grooming the large drifts because the mountain has an open day this Saturday. It was planned for months but skiing wasn't originally on the menu.
So if any public want to head to Mt Hutt this Saturday, the field will be open with snow.
Newshub.