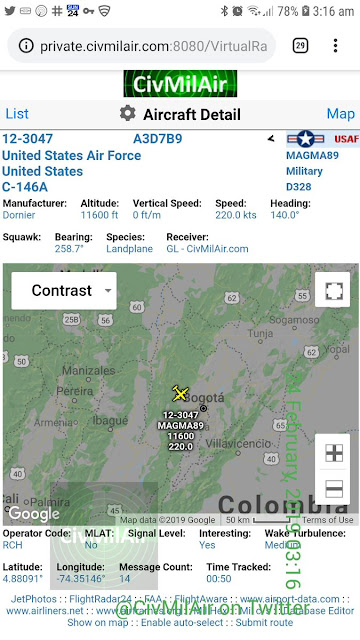 Airlift missions are conducted by Air Force Special Operations Command aircrews to prepared and semi-prepared airfields around the world.

Four hours or so ago, one such flight was on final approach to Bogota, Colombia as shown below: 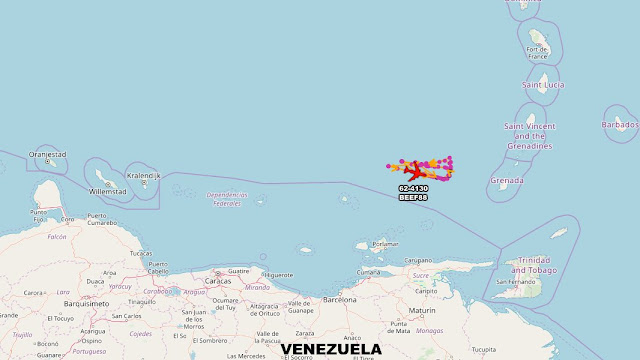 A USAF RC-135W [ID 62-4130 BEEF88] departed San Juan, Puerto Rico for a mission off the northern Venezuela coast. The aircraft is using a false Mode-S hex code of '3F9857' to identify itself to other air traffic.

What do the Americans have in mind?
Posted by seemorerocks at 20:40