While there is near silence about this and the US media unable to talk about “Cohen.. Trump, Cohen...Trump...Russia” I woke up to this from Hal Turner and thought it might be hyperbole until I found Indian TV (CNN18) 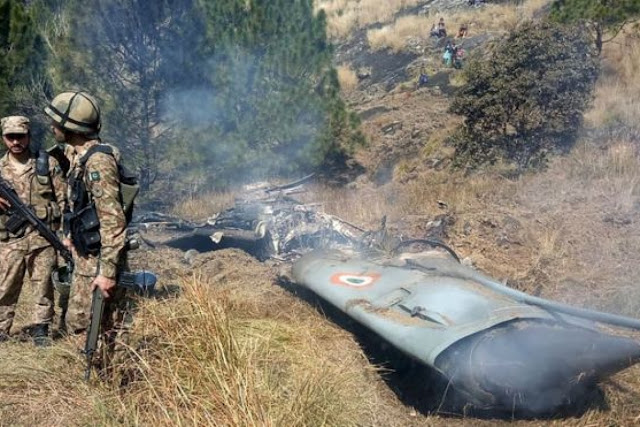 Hal Turner,
28 February, 2019
In a dramatic and dangerous escalation of ongoing fighting between India and Pakistan for the past 72 hours, Indian Prime Minister Narendra Modi said he gives 'free hand' to armed forces to act against Pakistan."
Wednesday morning, at least two India military aircraft were shot down by Pakistan, with multiple pilots killed and at least one pilot captured. (Full story Here)
48 Hours ago, India launched air strikes into Pakistan to destroy what they say were Terrorist Camps connected to a bombing on Feb. 15 which killed 40 India police officers. (Full story Here)
The situation between Pakistan and India is fast becoming an actual war, with heavy artillery fire being exchanged by both countries along a "Line of Control (LoC)" in the disputed Kashmir region.
Serious concerns are already mounting that both nations may choose to employ their NUCLEAR WEAPONS.   If there is a nuclear exchange between India and Pakistan, the resulting radiation and smoke would reach the east coast of the United States within 72 hours, and fully cover the 48 contiguous states within another 72 hours after that.


“Pakistan has to be punished”

Here is another source, Times Now, which I believe is the most popular English-language channel in India

Here a woman from the Opposition tries to get her points across but is talked over by a goon from the BJP government.


From the Pakistani side it is a bit more difficult becaue everything is in Urdu.

Here Imran Khan seems to be calling for dialogue with India

MUCH MORE COMING
Posted by seemorerocks at 10:55