This is part of why I think this crowd is as bad as what came before. The taste is different, that’s all.


I could qualify it in this way - correcting some of the social equity from the, Nats while killing us all in the name of illusory “economic growth”.

In this, to me the biggest hypocrites are the Greens. 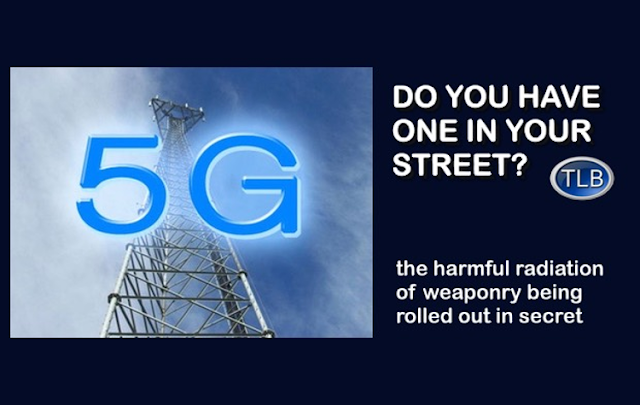 The Health Minister has dismissed concerns raised by 230 scientists around the world that 5G radiation could pose a significant health risk.


The group of scientists, including one from New Zealand and eight from Australia, have expressed "serious concerns" about increasing exposure to radiofrequency electromagnetic fields (RF-EMF) when 5G technology is rolled out.


5G, or fifth generation, is the next step in mobile internet connectivity, set to launch commercially in some countries in 2020. While it will offer faster speeds and more reliable connections, it will also require more antennas, thus increasing exposure to radiation.


"Introducing electromagnetic energy that has the potential to interfere with such delicate, electrical structures (molecules and cellular structures) should be approached with caution," New Zealand science lobbyist Bruce Rapley said.


The group of scientists is concerned nobody will be able to avoid being exposed to wireless radiation once 5G is introduced, because it's estimated 5G-transmitters will need to be placed every 10 to 12 houses in urban areas.


"Based upon peer-reviewed, published research, we have serious concerns regarding the ubiquitous and increasing exposure to EMF generated by electric and wireless devices," the scientists' appeal to the United Nations and World Health Organization says.


The scientists said the effects include cancer risk, an increase in genetic damages, structural and functional changes of the reproductive system, learning and memory deficits, neurological disorders, and negative impacts on general well-being.


When asked if the Government has taken these concerns into consideration, Health Minister Dr David Clark told Newshub Ministry of Health officials don't believe there is anything to be concerned about.


"I am advised by Ministry of Health officials that the balance of research evidence suggests that exposure to the radiofrequency produced by any transmitter, including those that will be used by 5G services, do not cause health problems, provided they comply with international guidelines."


The Interagency Committee on Health Effects of Non-Ionising Fields monitors research into the health effects of electromagnetic fields. Its latest report published in December 2018 found that while magnetic fields have been linked to cancers, the risk is low.


"Although studies into brain tumour risks associated with mobile phone use have found a small association in the heaviest users, the researchers acknowledge that this could simply reflect biases in the data," the report says.


At its most recent meeting, the Committee concluded there was no new research that would lead it to propose any changes to current Ministry of Health recommendations.


"In view of the continuing public interest in this area, the ubiquitous nature of exposures and the open research questions that remain, the Committee will continue to monitor new research," the report adds.


'A travesty for public health'

Mr Rapley, the lobbyist who signed the group of scientists' warning about 5G, told Newshub while there is a strong commercial interest in pursuing expansion of radiofrequency around the world, independent research "has been stifled".


"It is nearly impossible to get funding for research, the outcome of which may affect commercial profit," he said. "The proof of this is the strong opposition encountered by any scientist who dares to research and publish results that are indicative of harm, thus threatening profitability of a corporation."


That health can be the poor cousin to industry profit is a "travesty, not to mention the ethical and moral responsibility of our regulating authorities", he said.


"We have yet to achieve that level of understanding and control in any meaningful way for high frequency radiation technologies."


Mr Rapley said every time public health issues have been ignored for the sake of profit, disaster has been the result, pointing to the Thalidomide disaster, considered one of the darkest episodes in pharmaceutical research history.


"The drug was marketed as a mild sleeping pill safe even for pregnant women. However, it caused thousands of babies worldwide to be born with malformed limbs. The damage was revealed in 1962."


He said we still have a long way to go when dealing with the complexities of radiation and the intricate workings of biological organisms.


"For as long as those that control our society are predicated on profit rather than public health, we will continue to experience problems, and disasters. The precautionary approach is a dead concept, killed in a hit-and-run by the Almighty Dollar."


5G has been at the centre of souring relations between New Zealand and China. The Government Communications Security Bureau (GCSB) in November warned Spark against using Huawei equipment to build its 5G network, which may have offended the Chinese government.