This is a continuation of the extremely strange skies in this strange season when things seem to have dried out in an unprecedented (to my mind) fashion.

I have received photos from a reader, E.K,  in Wanganui, New Zealand which I have incorporated into a short video,  with much thanks. 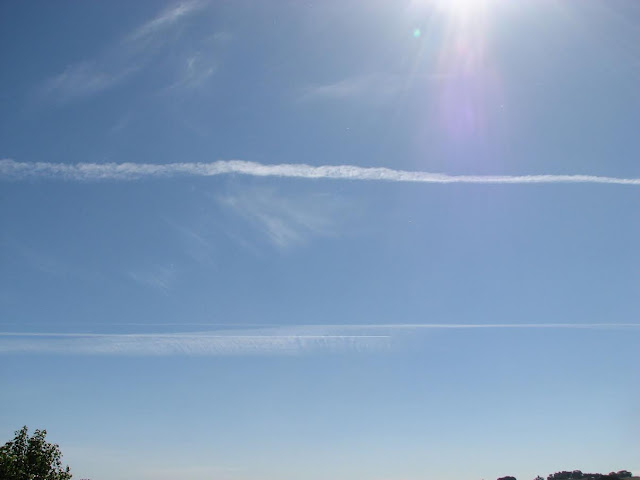 E.K took photos of multiple trails over several hours and estimated that over that time there were up to 15 fly-overs with contrails
He has made some very apposite comments on this:

"I have never seen that amount of flyovers here, one or two would be normal and they are higher and more westward - they all fly on the same track. Sometimes the real contrails don't even form.

"Things did dry out here very quickly after reasonable rain in Jan.

"One can only presume that the situation is dire as we knew already.

"I figured out we were in big trouble when I learned of the buffering effect of the oceans - without them we would already be cooked. It is only a matter of time now - all the feedback loops are icing on the doom cake. Unless JC shows up or something"

We both agreed that we are both observers and not “true believers”. Speaking for myself I can say that something major is going on but apart from presenting others'ideas I am not willing to speculate as to what is going on other than to say this is utterly unnatural and very alarming.

The captions below have been provided to me by the photographer 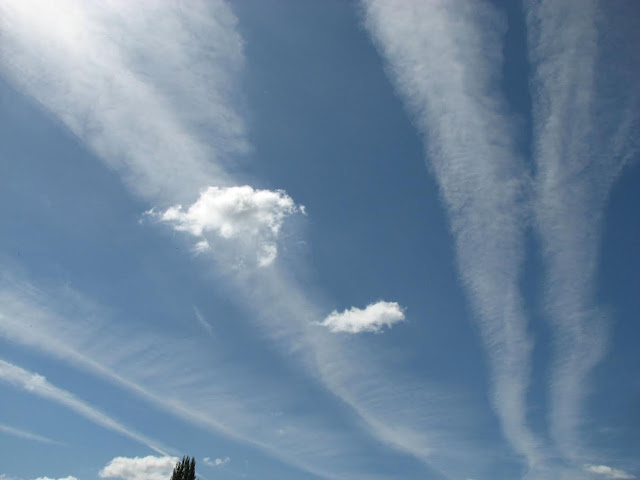 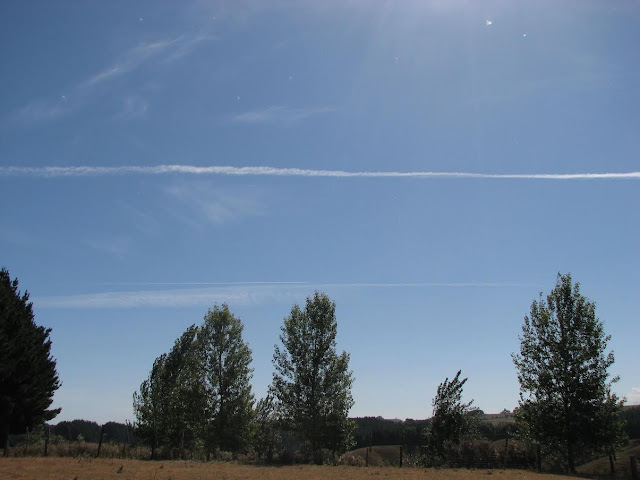 Time taken 16:04 At least three trails (one plane discernible) a few km west of first pic. Again unprecedented, this is not the flightpath of regular flights. 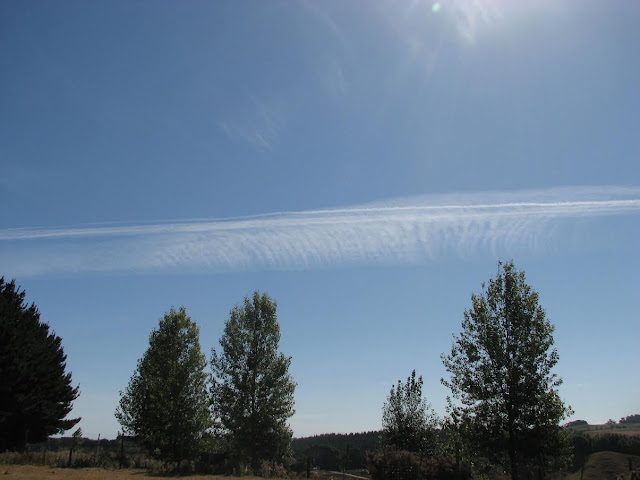 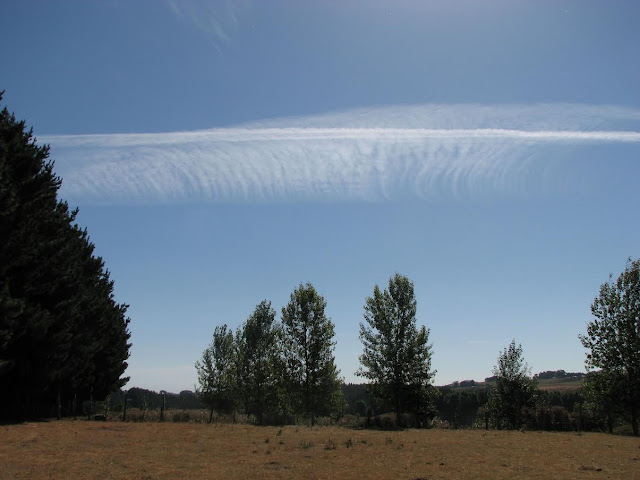 Time taken: 16:22 - Inexplicable dispersal pattern clearly visible after 18 mins. Note the individual tracks at 90deg to flight path as if dispersed by a spray boom in one direction (west into the weather direction) only. At least another 6 flights went past after this.