NIWA forecaster Chris Brandolino suggests there are two possible scenarios, with both ending with a likelihood of significant rain and wind for Aotearoa.


"One scenario has [Cyclone Oma] going towards the Queensland coast, kind of just loitering out for the next several days, not really making it down to New Zealand," he told The AM Show on Tuesday.


Mr Brandolino said, under that scenario some "moisture" from the cyclone will peel off and hit New Zealand's northern regions, with another incoming weather system adding to the wild weather.


"That scenario also includes a separate weather system which comes Sunday or Monday, a southerly change. That brings some pretty good wind or rain for New Zealand".

The second scenario would see Oma making its way to New Zealand and "merging with the aforementioned southerly change".


That could create a massive weather system over the country, with Mr Brandolino saying the "atmospheric synergy" would produce something that was "greater than the sum of its parts".


"You get a much larger system - either scenario is probably going to produce some pretty significant weather." 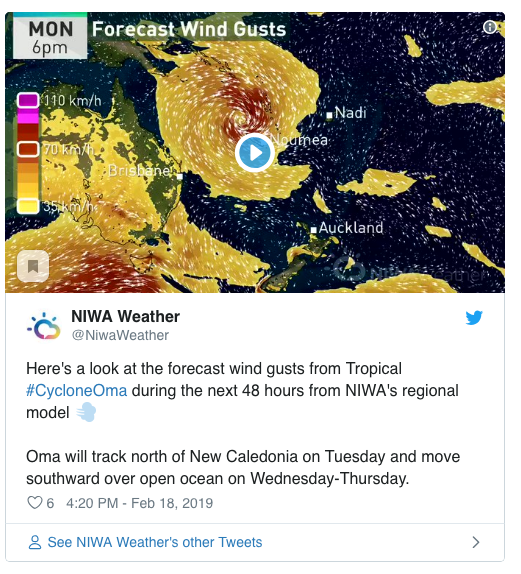 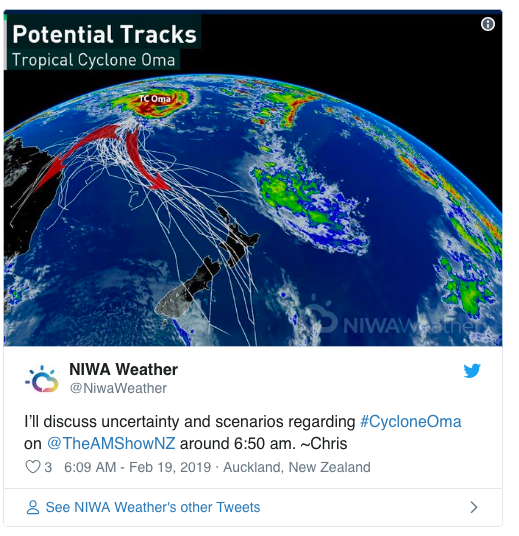 Mr Brandolino's forecast reflects comments from Weatherwatch on Monday that suggest this coming weekend could be the wettest yet this year.

"The weather will get worse from Friday, and we'll see some rain which is great news with all the fire bans and water restrictions we've been seeing," said meteorologist Lisa Murray.


Ms Murray and Mr Brandolino's advice is to keep up-to-date with weather announcements in order to be prepared in case severe weather hits. 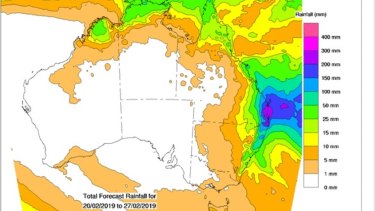 
Tropical Cyclone Oma has strengthened to category 3 and is expected to come close to the south-east Queensland coast and potentially make landfall.


Meteorologist Adam Blazak said a cyclone watch could be issued on Wednesday afternoon, on top of the hazardous surf warnings already in place. 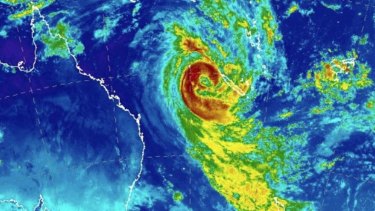 
On Tuesday, some of the weather bureau's modelling predicted the tropical cyclone to track west towards Queensland, while other models showed it was likely to head south for New Zealand.


Differences between models make it difficult to tell how bad the impact will be and where. One run on Tuesday of the European model had as much as 1500 millimetres being dumped over western Brisbane.


While that scenario is now less likely, meteorologists are looking at a landfall between Brisbane and Bundaberg, with the Sunshine Coast one area that could be hard hit. Aside from heavy rain, the expected storm surge will be combining with the highest tides of the year.