This is the "local news" story that should be dominating the headlines - but it won't of course.

The next time someone says they are enjoying the warm weather or fail to notice the anomalous weather point out that THE LAST TIME WE HAD C02 LEVELS THIS HIGH WAS 3.6 MILLION YEARS AGO

It takes at least a decade to see the consequences of all these high emissions.

No doubt they'll change the subject 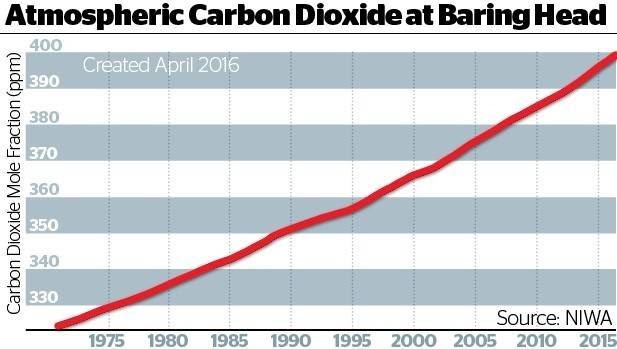 
Readings of atmospheric carbon dioxide (CO²)  will hit 400 parts per million at the Baring Head Clean Air Monitoring Station on Wellington's south coast within weeks, Dr James Renwick predicted. He is a professor of physical geography at Victoria University and was a lead author on the fifth assessment report of the Intergovernmental Panel of Climate Change (IPCC) .


The last time CO² levels were at 400ppm, about 3 million years ago, earth temperatures were 2-3 degrees Celsius higher and sea levels were about 20 metres higher, Renwick told an AntarcticaNZ conference on the weekend.


"Unless we do something drastic soon, we're in for a big redrawing of coastal boundaries," Renwick said. 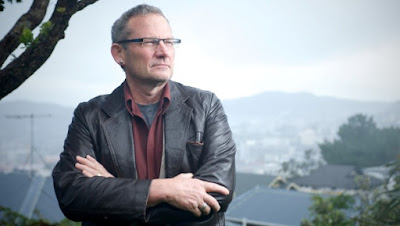 * Australia's global warming milestone about to be passed
* Confirmed: Australian CO2 level rises above symbolic 400 ppm milestone
* No rush to sign on the dotted line of climate accord
* Second hottest February on record sparks fresh concerns
* Houses will be 'red-zoned' due to climate change
* Stuff climate change page

In simple terms, the climate can be changed by either altering the amount of sunlight arriving or by changing the amount of greenhouse gases such as CO² in the atmosphere, he said. "That's what we've been doing." 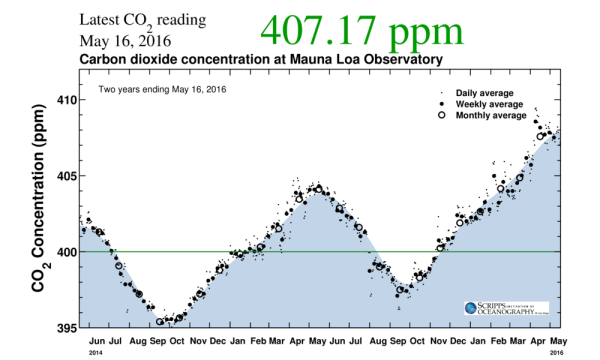 While there is variation in the atmosphere due to events such as El Nino, "the background trend is very obviously upward," Renwick said.

"We're leaving a big fingerprint on the earth ... it's a kick in the guts," Renwick said.

The fifth IPCC report was a "great thing but it was out of date as soon as it' was published," Renwick said. "Every week a new (academic) paper comes out."

"We're starting to get a much more detailed picture of what's happening globally," Renwick said.

Skeptics claim climate records are too short – from the early 1970s in the case of Baring Head – given the millions of years of climate history. Renwick said the geological record, ice cores and the like provided enough data to be confident that predictions would turn out to be accurate.

Last year 196 nations signed a climate change agreement in Paris with the intention of capping global temperature increases at 2C by 2030. That was a "political" target, not a scientific one, Renwick said.

This week's budget phased out an emissions trading scheme subsidy that was used by businesses to offset their greenhouse gas emissions.
Posted by seemorerocks at 10:31