The power of delusion 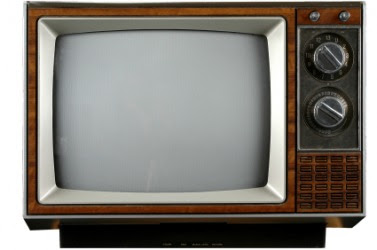 The following is the fifth in an ongoing dialogue (cyber-discussion) between two cultural philosophers and regular Transition Voice contributors, Dr. Sherry Ackerman and Dr. Guy McPherson.

ACKERMAN: We’ve been having a really intense winter up here in Mount Shasta, Guy.

With five feet of snow currently on the ground, it’s been a challenge for us to not get cabin fever. Daylight hours are still fairly short and evenings are long. I’ve been using all that “dark time” to learn to play my harp — I mean, really play it. I’ve messed around with it over the years, but this winter I’m trying to become proficient.

Anyway, when I tell this to some of my friends, they find it strange. Their responses are something to the effect that I could be watching television instead!

I don’t have a TV. In fact, I’ve never had one. When I read the Albert Bandura studies correlating television viewing and violence — ouch — it confirmed my decision to not use TV.

But what gets me is this rather significant disconnect in consciousness that supports corporations spending millions of dollars on prime time advertising based on the concept that TV ads affect consumer behavior resulting in more sales, while it’s vigorously argued that there’s “no proof” that television violence affects societal behavior.

You can’t have it both ways.

McPHERSON: I haven’t watched much TV for about 25 years. And I can’t say I miss it.

But on the infrequent occasions I stay in a motel and turn it on, I’m stunned by the power of TV! In fact, the tube plucks my heart strings like a cheap banjo, making me care about people I’ve never met as they play roles they couldn’t care less about.

Between heroically manipulative drama and humor, the “news” convinces me that the media, politicians, and a vast majority of industrial humans actually care about the living planet. Television feeds our massive case of collective desire, one bullshit sandwich at a time.

Of course, there’s rarely a mention of global climate change or economic decline, much less the thousands of daily insults we visit on the non-industrial cultures and non-human species. The hologram works brilliantly through its ignorance of issues that actually matter and in-the-face irrelevant distractions.

ACKERMAN: Over the years, TV, like other media, has slowly become the invisible hand of propaganda. People (and society) are bombarded with a steady stream of messages that affirm the dominant paradigm, the way things “are” in an unquestioned sense.

After absorbing hours and hours of this, people’s critical thinking is dulled if not killed off altogether.

Think about it: TVs are on an average of 7 hours 40 minutes a day in U.S. homes. The average American kid sees about 200,000 acts of violence on TV by age 18*. Forty percent of Americans always or often watch television while eating dinner. No wonder we’re seeing so many erosive effects on the quality of American life.

But hey, don’t take my word for it. In Television and the Quality of Family Life (Routledge, 1990), author Robert Kubey reminds us that Frankfurt School theorists believed that a key feature of capitalism was the progressive decline of the family as a successful socializing agent. In this view, some of the socializing roles of the family are passed on to mass media and as a result, the audience becomes passive and one-dimensional (Horkheimer and Adorno, 1972; Marcuse, 1964).

McPHERSON: It’s so seductive. After all, everybody’s doing it. If you’re unfamiliar with the antics of television characters, you really don’t fit into society. The drive to group membership begins early in life, and continues well into conversations around the water cooler. Peer pressure doesn’t end with high school.

Not only is the process of indoctrination seductive, it’s surprisingly passive. Watching TV appeals to our natural longing to belong while reinforcing cultural messages regarding how to act, what to eat, what to wear. All this happens TO the viewer, who’s only function is open eyes and ears.

Not only are TV watchers’ bodies shut down, but he or she doesn’t even have to think. In fact, critical thinking has to be turned off for max TV pleasure. This whole thing only works in the good ole’ U S of A or “United States of Advertising,” to borrow a phrase from long-dead American comedian Bill Hicks.

But it’s very different in western Europe, for example. There, students have to complete a media literacy course before graduating from high school. They actually learn to critically evaluate what they’re hearing and seeing instead of just accepting it without question. This is good for the students and good for their culture.

The dumbing down of America appears to be nearly complete, and TV plays a primary role. Fortunately, not everyone’s taking that sitting down.

In his 1991 book Dumbing Us Down: The Hidden Curriculum of Compulsory Schooling, award-winning American educator John Taylor Gatto described the U.S. public-education system as a twelve-year jail sentence. As horrifying as it may seem, TV serves as recess and reward in contrast to an education system gone mad.

So as something we retreat to for escape TV continues the process of stupefying the masses while transforming the average American into an anxious, thoughtless consumer. Talk about hitting us coming and going.

ACKERMAN: You are absolutely correct on all points!

And, then there’s the element of addiction. TV fits the addiction profile to a T.*

For example, if I make a comment to any of my TV-addicted peers about the amount of time they’re glued to the tube, they invariably come back with a snippy and defensive retort. And I find what they say is mostly denial, rationalization and projection.

Again, I look to Kubey for insight. In his Scientific American article (with Mihaly Csikszentmihalyi) — “Television Addiction is No Mere Metaphor” — he argues that,

When the habit interferes with the ability to grow, to learn new things, to lead an active life, then it constitutes a kind of dependence and should be taken seriously.

For mental health professionals, TV addiction is believed to be a type of behavioral addiction much like pathological gambling.

In 1990, a symposium at the convention of the American Psychological Association defined TV addiction as “heavy television watching that is subjectively experienced as being to some extent involuntary, displacing more productive activities, and difficult to stop or curtail.”

So, if we see TV as potentially addictive, and note how many folks are hooked on it, we have to ask the big question: Why?

My answer would be that addiction runs rampant among people who don’t feel “whole.”

When people feel “less-than,” or marginalized, discouraged, incomplete, and feel what they do is meaningless, they start having a futile outlook. That sense of futility, rather than being experienced, or dealt with, is avoided through the self-medication of addiction.TV seems harmless in this regard in comparison to say, heroin, or serious alcohol abuse.

But is it? Is it less harmful? I don’t think so because it informs public opinion and behavior while pretending to be authentic and authentically free.

And we need to call that out, to name and deconstruct and openly criticize the social structures like TV that reduce, rather than encourage, positive human development.

McPHERSON: A statement from writer and environmental activist Derrick Jensen comes to mind:

It’s no wonder we don’t defend the land where we live. We don’t live there. We live in television programs and movies and books and with celebrities and in heaven and by rules and laws and abstractions created by people far away and we live anywhere and everywhere except in our particular bodies on this particular land at this particular moment in these particular circumstances.

What he says resonates strongly with me. We avoid physical reality, and it’s a self-reinforcing feedback loop. In avoiding the natural world — which sustains us, in every way — we rely on addictive cultural distractions, all of which push us further from the natural world.

How do we break this cycle?