Cyclone Oma, where are you?

The saga of cyclone Oma

Cyclone Oma dominated the headlines just a few days ago and was described as the most dangerous storm faced by Australia.
In Queensland they were waiting for landfall and devastation,
In New Zealand we were waiting for a highly complicated severe weather system right through the country.
Suddenly, on the 23rd it fizzled and the last headlines connected with it were 2 days ago, on the 24th. 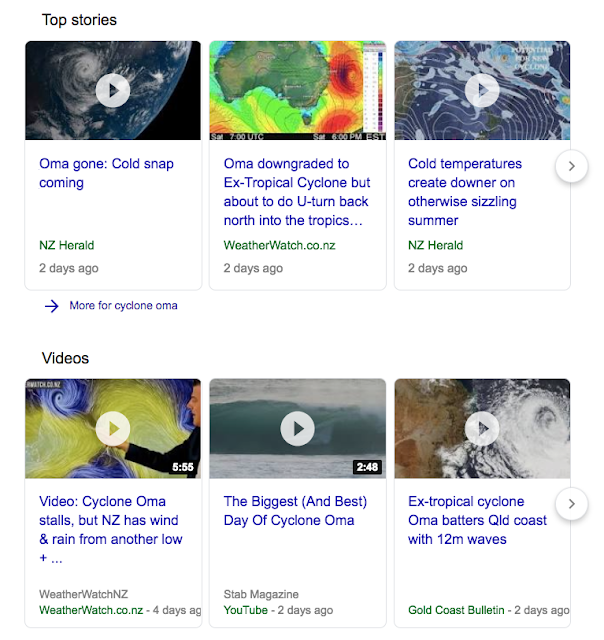 The last major item appeared on the 24th. 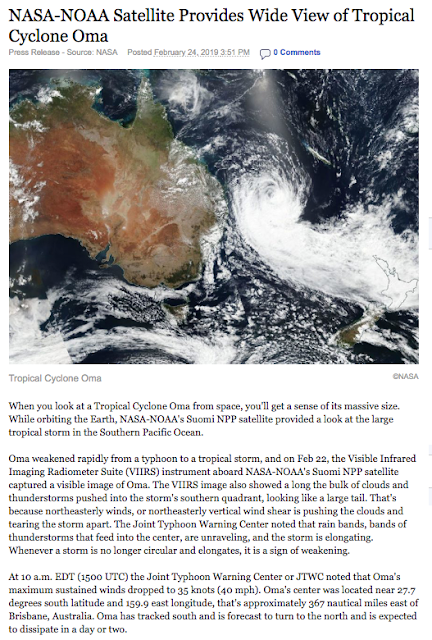 To give them some credit Weatherwatch.co.nz has described what happened rather blandly while the whole affair just disappeared from the headlines and public attention. 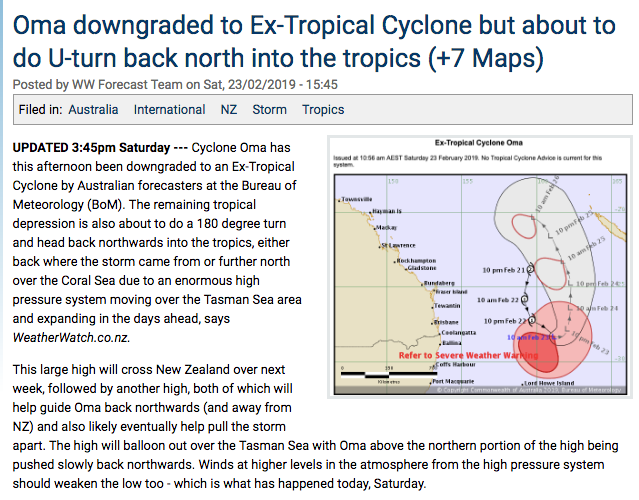 Let's go a bit deeper and look at the day-by-day progression from NASA Worldview....

First see the progression of Oma into a megastorm threatening Queensland 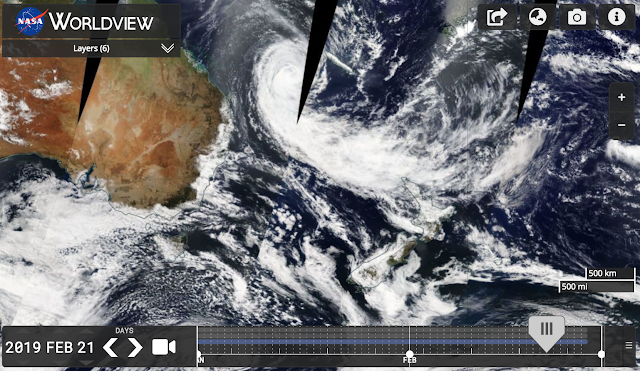 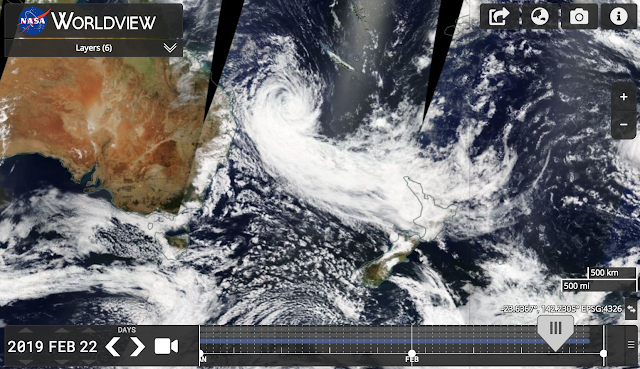 And then on the 23rd Oma starts to turn around and weaken. 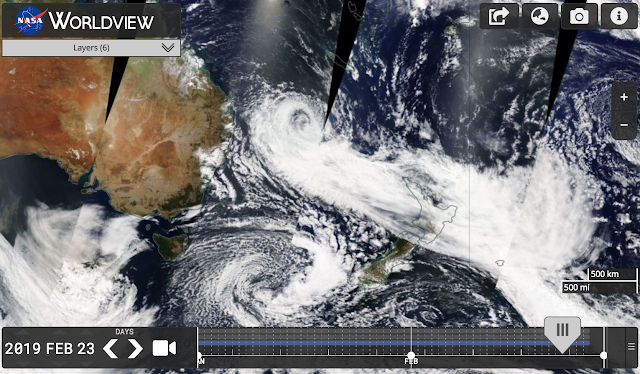 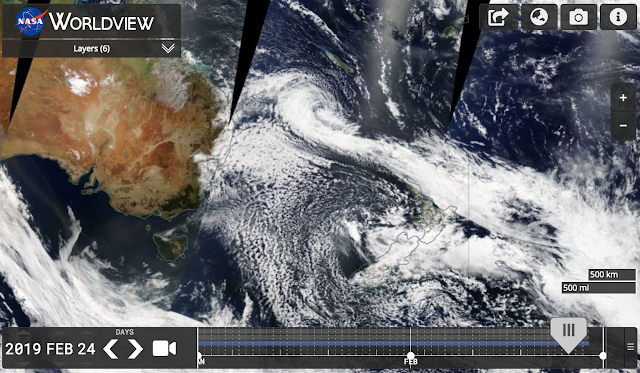 Oma, where are you?! 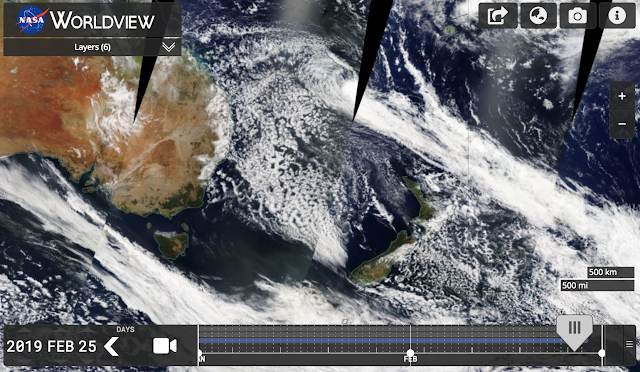 Just going by the little I know about storm systems they do change direction, perhaps even do a 180 degree turnaround although it is a little difficult to imagine how this might happen.

Look at the Tasman sea, well and truly in a marine heatwave.

The area threatened by the cyclone is to the north and even has 'cooler-than-usual' temperatures. 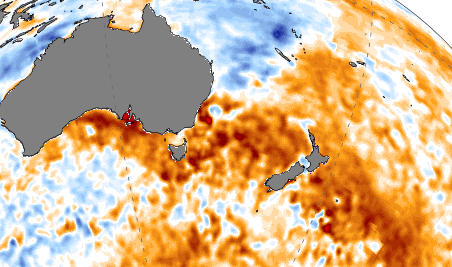 However, the actual temperatures of the water is around 27.3 degrees Celsius.
What we normally hear about is that cyclones  get further energy from the warmer waters as they approach land.
Even if cyclones may do a 180 turnaround it seems highly unlikely in the conditions that a cyclone is going to also just fizzle out and disappear a few days  later in the supercharged, warm waters of the Pacific. 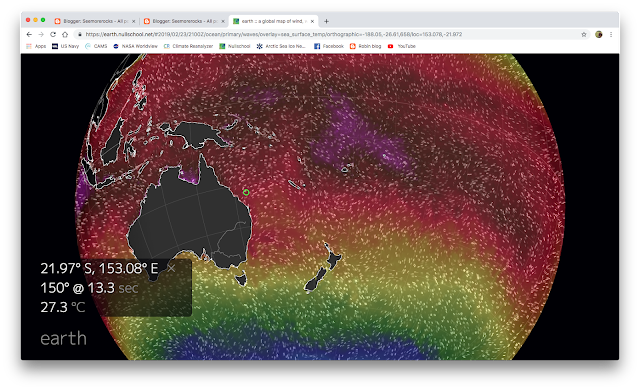 Most people will just be relieved and thank their lucky stars to have avoided a bullet and will not look further.
I can't help thinking that there is something wrong here and perhaps cyclone Oma was given a helping hand - and not entirely by Nature. I do not have the skills to back up such a claim so will not discuss it further other than by quoting Dane Wigington in a recent email:

"About the cyclone, the geoengineers can make or break the almost at will.

"When they suppress the convection, they diminish rotation and strength. There are weather monitoring  loops available that clearly reveal an ionosphere heater down burst, the recent cyclone that was threatening military bases in Hawaii, and then disintegrated, is another example.

"The power being wielded by the weather makers is truly difficult to truly comprehend. "

What I cannot do is to blindly accept all the statements and prognostications of the weather man who often is used to obscure as much (or more) than he reveals.

In the meantime we are back to drought in this country: 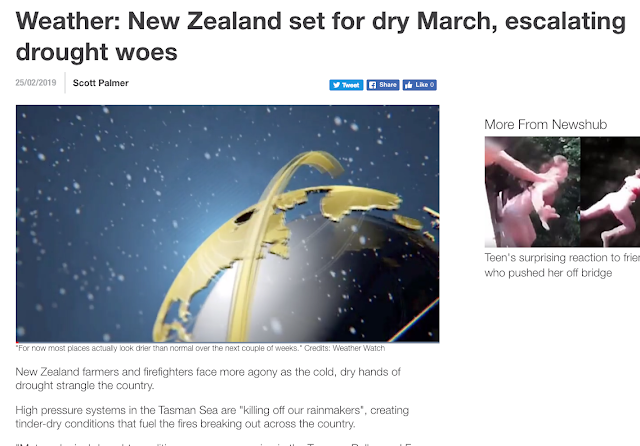