Workers over 50 are the new 'unemployables' 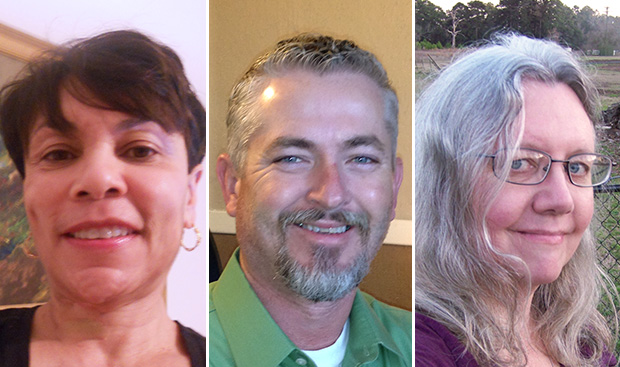 Unemployed workers in their fifties are increasingly finding themselves stuck in limbo.

On one hand, they're too young to retire. They may also be too old to get re-hired.

Call them the "new unemployables," say researchers at Boston College.

Older workers were less likely to lose their jobs during the recession, but those who were laid off are facing far tougher conditions than their younger colleagues. Workers in their fifties are about 20% less likely than workers ages 25 to 34 to become re-employed, according to an Urban Institute study published last year.

"Once you leave the job market, trying to get back in it is a monster," said Mary Matthews, 57, who has teetered between bouts of unemployment and short temp jobs for the last five years. She applies for jobs every week, but most of the time, her applications hit a brick wall.

Employers rarely get back to her, and when they do she's often told she is "overqualified" for the position. Sometimes she wonders: Is that just a euphemism for too old?

Her resume shows she has more than 30 years of experience working as a teacher, librarian, academic administrator and fundraiser for non-profits.
"I've thought about taking 10 years off my resume," she said. "It's not like we're senile. The average age of Congress is something like 57. Joe Biden is 70. Ronald Reagan was in his 70s when he was president. So what's the problem?"

That's a question on the minds of many older workers.

Take Jill Cummings, 55, who has thought about dying her gray hair to improve her chances of landing a job. Then there's Tony Kash, 50, who wonders why his 30 years experience in manufacturing and management is no match for 25-year-olds fresh out of college with business degrees.

Nearly two-thirds of unemployed workers age 55 and older say they have been actively searching for a job for more than one year, compared to just one-third of younger workers, a recent survey by the Heldrich Center for Workforce Development at Rutgers University found.

Older workers also have the longest bouts of unemployment. The average duration of unemployment for workers ages 55 to 64 was 11 months as recently as January, according to the Labor Department. That's three months longer than the average for 25- to 36-year-olds.

Given these circumstances, many workers can't help but think age discrimination is a factor. AARP's Public Policy Institute surveyed unemployed baby boomers in 2010 and 2011. While 71% blamed their unemployment on the bad economy, almost half also said they believed age discrimination was also at play.

About 23,000 age discrimination complaints were filed with the Equal Employment Opportunity Commission in fiscal 2012, 20% more than in 2007.
Proving discrimination is next to impossible, though, unless it's blatant.

"It's very difficult to prove hiring discrimination, because unless somebody says, 'you're too old for this job,' you don't know why you weren't hired," said Michael Harper, a law professor at Boston University.

Plus, employers may have rational qualifications that are inadvertently weeding out older candidates. Recent education and technological skills are two areas where older workers are more likely to come up short compared to the younger competition.

"When there's a large supply of unemployed workers, employers can afford to be choosier, and they're opting for workers they think are less expensive or more recently trained," said Sara Rix, senior strategic policy advisor for AARP's Public Policy Institute.

"When you're at 55 or 60, you've had a lifetime of work. You've played by the rules, and the rug has been pulled out from under you," Rix added.

Here's Exactly How Many College Graduates Live Back at Home


The unemployed college graduate moving back in with his parents has been a stock figure of the past few years, helping to cement the Millennials' reputation as the "Boomerang Generation." But how many young grads are returning to live with their mom and dad (or their aunt or uncle)?

The number to remember is 45 percent. What share of recent college graduates were living with family in 2011? It's 45 percent. How much higher was that figure than in 2001? Also 45 percent. That's the conclusion from Census data crunched for The Atlantic by Pew economist Richard Fry, the author of a recent report on young adults and debt. It's bad -- about on par with the unfortunate results Pew found via a poll of young adults in 2012. But it's not as bad as the bogus 85 percent figure CNN, Time and The New York Post breathlessly reported last year.

If you expand the age range a bit, the trend looks even more dramatic. A full 61 percent more college-educated 18-34-year-olds were living with their families in 2011 than in 2001. And as the chart shows, the boomerang effect is strong for young people, whether or not they went to college.