THe U.S. outmanouevred in Syria 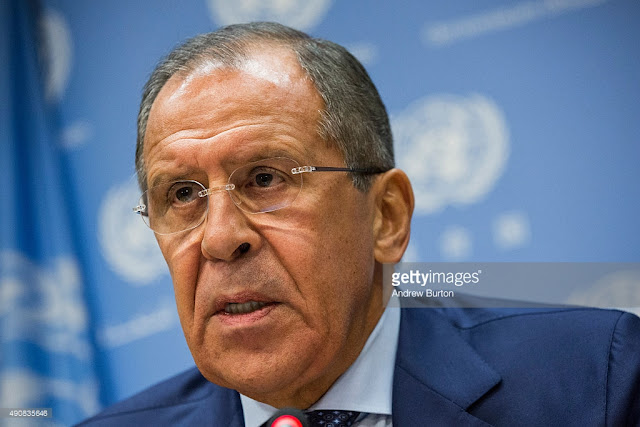 Russia cuts out US to negotiate directly with Jihadi fighters and with Turkey for withdrawal of fighters and surrender of eastern Aleppo to the government.

One month after the collapse in circumstances of great acrimony of the Kerry-Lavrov agreement, the Russians are working to enact unilaterally its key provision.

This is the withdrawal of Jihadi fighters from eastern Aleppo by way of the Castello road, to be followed by eastern Aleppo’s reoccupation by the Syrian army.

This is the explanation for the 8 hour bombing halt today, and for the opening of the ‘humanitarian corridors’ from eastern Aleppo, which importantly include the Castello road. Following a telephone conversation between Putin and Syrian President Assad, this bombing pause has now been extended a further 24 hours.

The Iranian Fars news agency was reporting yesterday that up to 900 Jihadi fighters are expected to leave eastern Aleppo by this route, taking their weapons and their families with them.

This is exactly the same number of 900 fighters that the UN official Staffan de Mistura said Jabhat Al-Nusra has in eastern Aleppo, who he said should be withdrawn to bring the bombing to an end.

As discussed previously, that is certainly wrong, and Jabhat Al-Nusra as it happens is refusing to withdraw its fighters from eastern Aleppo.

It seems that Staffan de Mistura and the UN’s humanitarian agencies are heavily involved in the evacuation of the Jihadi fighters that is supposed to take place today, though this is a fact the Western media is – not surprisingly – not reporting.

A reasonable guess is that talks have been underway for several weeks between the Russians and the leaders of the 900 Jihadi fighters who are supposed to withdraw from eastern Aleppo today, and that Staffan de Mistura has been kept informed of them, and knew that these 900 fighters were preparing to withdraw from the city. He then wilfully misdescribed these fighters as Jabhat Al-Nusra fighters in order to pressure the Russians to stop bombing.

As for Jabhat Al-Nusra, there are reports in the Saudi media that Putin and Erdogan during their telephone conversation on Tuesday agreed that they should be withdrawn from eastern Aleppo as well. There is for the moment no confirmation of this from either the Russians or the Turks. However the Kremlin’s report of the telephone conversation does say that Putin reiterated the importance of separating the Jabhat Al-Nusra fighters from the others, which may be a hint that the Saudi report is true.

It remains to be seen whether the Russian attempt to enact unilaterally the key provision of the Kerry-Lavrov agreement without the involvement of the US will succeed. Some of the Jihadi fighters in eastern Aleppo remain defiant, and the Russians are even accusing the State Department spokesman of ordering them to say.

Regardless of what happens next, today’s bombing pause and the talks between the Russians and the Jihadi leaders in eastern Aleppo show that following the collapse of the Kerry-Lavrov agreement the US is being cut out of the diplomacy on the ground in Syria.

If the Saudi reports of the talks between Putin and Erdogan are true, it seems the Russians, having given up on the US are now working through the Turks instead.