All Solutions are Inadequate: Why It Doesn’t Matter If Politicians Mention Climate Change 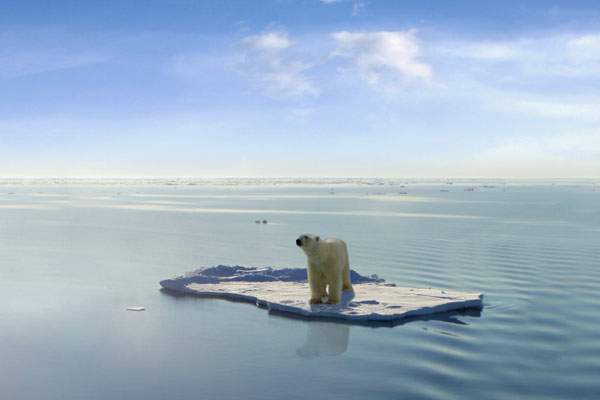 From The Lorax by Dr. Seuss

Some ado has been made of the fact that the major presidential candidates have barely spoken about the environment. Hillary Clinton acknowledges that climate change is a real phenomenon and should be addressed. Donald Trump has said it was a hoax and a money-making industry. (Which begs the question: Why didn’t he get in on that huge business opportunity?). Of course, Trump equivocates, then denies his global warming denial. Truth is, he really couldn’t give a shit. It has no bearing on his pursuit of fame and fortune. But does it matter whether or not he believes it, or whether or not Clinton believes it, for that matter? Does it really matter that topics of environmental importance such as climate change, water pollution, air pollution, industrial farming, endocrine disrupting chemicals, and toxic waste are neglected, given the paucity and inadequacy of the solutions proposed?

Ten years ago, An Inconvenient Truth spread the word about global warming to much of the public. Those who knew about, studied, and/or worked at tackling climate change were thrilled that this documentary finally painted a clear picture of the dire issue for so many who had not heard of it up until that time. And then came the dénouement of the film. We can fix this! All we have to do is change our light bulbs and purchase hybrid cars! That’s precisely when we should have known that we were doomed.

It is one thing to reveal an inconvenient truth. It is another thing entirely to prescribe a whole new, seemingly less convenient way of life.

The fact is that despite all the people who recognize the threat of global warming, few (save the indigenous peoples of the world) are willing to face the radical restructuring of our society and economy that is necessary to fully address climate change along with the myriad environmental catastrophes we are already experiencing.

Ecological modernization can be described as the idea of “win-win” solutions. We can have it all – we can have corporate capitalism, expand markets, increase growth, AND save the environment. Along with the belief that we can have all things is the belief that science and technology will save us, and we can engineer our way into sustainability. The Breakthrough Institute serves as a the premier think tank for the movement. Adherence to the theory of ecological modernization dominates academic institutions, even if many professors do not subscribe to it. Many of the leading environmental non-profit organizations advocate ecological modernization tacitly, if not overtly. Who would not want to believe that we can continue our way of life, almost unabated, as well as tackle the most pressing environmental issues of our time? The problem is, there is absolutely no evidence to support this supposition.

Maintaining a sustainable, habitable environment for humanity entails far more than transitioning from fossil fuels and buying new “green” products. We have the problem of climate change coupled with the problem of pollution. Many times, the very technologies that we promote to reduce carbon dioxide emissions increase toxic contamination somewhere in their life cycle (i.e., production, use, or waste); often, they do not actually reduce carbon emissions when their entire life cycle is scrutinized.

Returning to Al Gore’s sustainability suggestions, those long-lasting eco-friendly light bulbs that were touted to save immense amounts of energy are replete with mercury, a poisonous heavy metal. Most people are unaware of the danger in breaking these bulbs, releasing gaseous mercury into their environments, nor are they aware that these bulbs are considered hazardous waste and require special disposal (which often comes with a fee in most municipalities). As for electric and hybrid automobiles? While they may not emit carbon in their usage, they, like all cars, require vast amounts of carbon energy in manufacturing. Furthermore, electric cars that are plugged into electrical outlets fueled by coal are going to emit nearly as much carbon in the long run, albeit indirectly, as gasoline powered vehicles. Both climate change solutions are problematic and far from truly sustainable.

Just a fraction of the reality of our current environmental predicament …

+ Runaway climate change and ever-increasing greenhouse has emissions are generating catastrophic weather patterns across the globe. Millions of citizens have already been killed, injured, or displaced due to unprecedented weather phenomena. Climate change is contributing to drought, wildfires, increased spread of infectious diseases, habitat migration, extinction of species, and the death of the world’s oceans.

+ Five garbage patches of floating plastic waste are destroying marine life and threatening the entire ocean ecosystem planet-wide. Located within the five ocean gyres, the garbage patches are the size of some large U.S. states. Marine birds and mammals are dying of starvation in response to filling their guts will plastic ocean debris that mimics their normal, nutrient-filled food supply. They are also choking on plastic wastes and slowly becoming sickened by feeding on tiny plastic particles that accumulate in their bodies.

+ Microplastics, including plastic microbeads and plastic fibers from fleece, acrylic, nylon, and polyester, and other plastic materials physically broken into miniscule pieces are littering fresh and marine water bodies all over the planet. These particles are absorbing other toxic chemicals, then being ingested by organisms, accumulating in the food web, and ultimately being consumed by humans.

+ Landfills of buried waste spoil our countryside. Toxic leachate from these landfills is already seeping into our land and waterways. These buried mounds are also ready to emit more potent greenhouse gases (methane) when they are inevitably unearthed at some point in future generations.

+ Our food supply is riddled with toxic pesticide residues, antibiotics, and hormones. And that is simply considering “whole” foods. The rest of the so-called food supply consists of manufactured products that are over-processed and tainted with filler substances of no nutritional value and questionable toxicity.

+ The majority of livestock are raised in inhumane, torturous concentrated animal feeding operations (CAFOs), which wreak havoc to the environment and public health in nearby communities via extensive air and water pollution as a result of the unsanitary, unlivable conditions. Right now, these animals themselves, in the tens or hundreds of thousands, lie dead in rivers and streams throughout North Carolina, drowned as a result of Hurricane Matthew’s destruction.

+ Few to no potable water supplies are left uncontaminated by heavy metals, persistent organic pollutants, pharmaceuticals, industrial toxicants, and/or pesticides. Hydraulic fracturing to obtain deeply buried reserves of natural gas is rapidly augmenting the contamination of underground aquifers, not to mention releasing the potent greenhouse gas, methane, and causing earthquakes. Furthermore, reserves of fresh water have been so exploited for industrial use that little water remains for drinking, and aquifers are unable to replenish themselves at this rate of consumption.

+ Toxic dumps of electronic waste pollute third-world countries and are directly responsible for the illness and deaths of countless humans, particularly children, who are forced to attempt the risky task of “recycling” the valuable parts of this waste.

+ Endocrine disrupting, and other chemicals in our products, food, water, and air, are ravaging all systems of our bodies, resulting in cancer, as well as neurodegenerative, neuromuscular, immune, and a host of other syndromes for which we have no clear etiology and no known cure. These chemicals have been shown to cause feminization of male frogs, reptiles, and fishes, (bringing to mind the question of what they are doing to human sexual and reproductive organs). Moreover, these chemicals – in combinations that we could not possibly regulate nor account for – are causing the collapse of vital bee pollinators.

+ Our medical system is treating the symptoms of the health problems that emanate from our polluting infrastructures, all the while utilizing vast resources and energy supplies and creating an endless stream of hazardous waste, including radioactive waste, that contributes to the very same diseases.

+ The rate of extinction of one after another planetary species is increasing exponentially, portending the end of life-sustaining ecosystems and eventually the end of the one species who provoked this mass extermination.

As the critics of ecological modernization know, the only clear, long-term solution that could even attempt to preserve the human species is de-growth – a reduction of production and consumption.

A few examples of what true sustainable solutions would look like:

+ All organic matter would be composted. This means that all vegetation, food waste, all plants and animals (including humans) and their waste would go through the natural decomposition process to return constituent elements to the soil from where they originated.

+ All synthetic materials would cease to exist unless they could be decomposed into safe chemical constituents. A moratorium on plastic production would be enacted.

+ All synthetic toxic substances would be eliminated. Hazardous substances already exist on earth without our help. There is a level of insanity in creating more substances that harm our own health and that of the planet and persist for millennia.

+ All products would be returned to manufacturers to be broken down into their constituent parts – i.e., cradle-to-cradle technology. Parts would either have to be recycled, reused, or decomposed. If not, that product could not exist. Unless and until we can produce goods that are fully reusable, recyclable, and/or biodegradable – we should stop producing and consuming them.

+ All agriculture would be small scale polycultures requiring no use of synthetic pesticides.

+ All exercise would be human-powered, requiring no need for energy consuming machinery.

+ All homes would be south-facing, utilizing passive solar energy and convection techniques for climate control and energy.

+ All communities would be localized, with walking or other human-powered vehicles as the main form of transport.

It may appear that we could never live in such a manner, but the only humans who knew anything about living sustainably – indigenous peoples – were (and some still are) able to do so for thousands and thousands of years. Moreover, every other species on the planet, save for humans, lives sustainably.

Republicans want to deny that our environmental problems exist. Democrats want to engineer our way out of global catastrophe, when it is engineering itself that led us down this path.

The solutions proposed by policymakers are too incremental and reductionist in nature. They suggest a lack of comprehension of the enormity and interconnectedness of our environmental predicament. Sustainability is incompatible with job growth (as currently conceived), one of the primary issues of discussion in the current election. Of course, the typical solutions proposed are, first and foremost, in service to the preservation of capitalism.

Many people care about the environment, are concerned about climate change, and try to live as sustainably as possible. They build green homes, bike to work, adopt vegetarianism, grow gardens, buy organic food, compost their waste, bring reusable bags to the grocery store, etc. These are all good, moral lifestyle choices, but unless structurally adopted, do little to alter the trajectory of ecological collapse. Systemic, life-altering changes in industry, economics, and culture are called for – immediately.

Small advances, such as the gradual shift of energy production from fossil fuels to renewable – which seems to be one of the only proposals offered by politicians – may assist in slowing down the progression of climate change, but will not halt the inevitable collapse.

So, it seems that no matter which party dominates our political landscape, unless we start facing the reality of our environmental dilemma, we are all getting on board a train to the same final destination. The only question is, do you want to take the light rail or the bullet train?