On the heels of Germany's announcement of Tanks and Troops to the Russian border now we have several articles saying that Britain, France and even Denmark are sending tanks troops and other equipment and personnel to the Estonia. NATO is amassing troops on Russia's border which is endangering all Europe and the World. 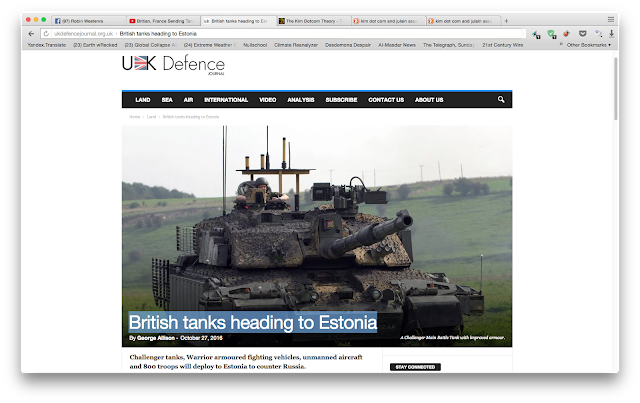 Posted by seemorerocks at 11:50