Paul Craig Roberts: We all might be dead soon

Paul Craig Roberts: 'Putin's Nukes Could Wipe Out Entire East Coast' (PODCAST)
If the US thinks it can continually transgress against Russia until Moscow gives in, it is gravely mistaken 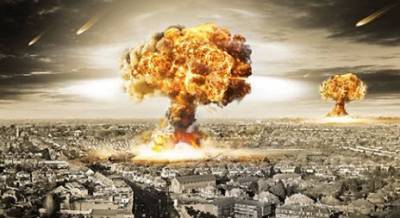 Suffice to say, though children are at play, this is not a game.
Those who have been toying with outright war against Russia, and an escalation of the conflict in Syria, are putting the lives of all Americans at risk.
Of course, the threat of nuclear annihilation has been with us since the earliest days of the Cold War, but Russia has now positioned itself with the largest and most destructive nuclear arsenal of any country in the world.
Economist and political critic Dr. Paul Craig Roberts explains how diplomatic relations have broken between Russia and the United States, after the U.S. knowingly attacked pro-Assad Syria forces… that, of course, was the cherry on top of a host of insults, deliberate antagonism and a strategy that could only result in further chaos and war.
The end of negotiations is unfortunately, given that fighting it out could mean thermonuclear war that would make Hiroshima and Nagasaki look trivial in comparison.

After a period of some patience, Russia is now warning that the United States is dangerously close to turning a proxy war into a direct world war – and they are deadly serious about defending the motherland and their sworn allies – namely Assad.
Any further attack could result in immediate destruction.
Putin is a formidable opponent and Russia a powerful enemy. At present time, they have the capability of wiping the entire East Coast of the United States off the map – where more than 100 million people live. Will the ranking misleaders in Washington continue to gamble with all of our lives?
via the Express:

VLADIMIR Putin’s nuclear stockpile could completely destroy the east coast of the US in one clean swipe should the Russian leader launch an attack on the West, an expert has warned.

A staggering 112.6million people could be at risk of extermination from the deadly missiles.

Russia has the largest haul of nuclear weapons of any country in the world and reportedly has the most powerful bomb named the SS-18 – menacingly nicknamed the Satan.

Experts estimate Russia has 55 of the deadly weapons, but only five would be needed to destroy the East Coast of the US.

“Five or six of these ‘Satans’ as they are known by the US military, and the East Coast of the United States disappears.”

Dr Roberts said: “The atomic bombs that Washington dropped on these helpless civilian centres while the Japanese government was trying to surrender, were mere popguns compared to today’s thermo-nuclear weapons.

What’s more, the Russian have hinted strongly at the possibility that they would be able to disable electronics, communications and defense shields in the U.S. via electromagnetic warfare – perhaps an EMP.
Worst of all, the American misleaders haven’t even got a good reason for putting the population at such a risk – strategy in the middle east is muddied at best, and prodding for war with Russia doesn’t carry a clear narrative either.
The world could change, and American power could end in a few decisive minutes.
Hopefully it would never come to that, but we shouldn’t live in a false world where we pretend these situations can’t harm us.


British PM Calls On EU Leaders To Unite Against Russia
The British Prime Minister has called on European leaders to unite against Russia and stop what she referred to as Russian “atrocities” in Syria. 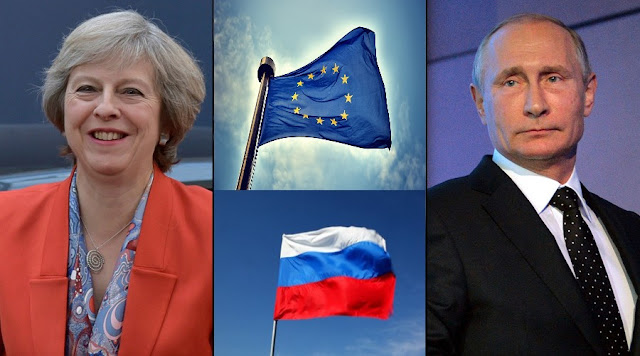 
“We must show a robust and united European stance in the face of Russian aggression,” Theresa May told reporters on Thursday in a call which is expected to further strain ties between Moscow and London.

May, whose country is in the process of leaving the European Union (EU) following a historic referendum in June, said Thursday that the EU needs to take a tougher stance against the government of Russian President Vladimir Putin.

“It is vital that we work together to continue to put pressure on Russia to stop these appalling atrocities, these sickening atrocities, in Syria,” the premier said Thursday, before attending her first EU summit.

She also called for a “robust and united European stance in the face of Russian aggression.”

The UK and Russia have strong disagreements over a number of issues, such as the Syrian conflict and Western sanctions against Russia.

On Syria, where foreign-backed militants have been wreaking havoc for years, the UK and other Western countries like the US have been demanding an immediate end to Russia’s military campaign, which has helped the Syrian government defeat the Takfiri terrorists in many regions.

Britain has also been one of the most fervent supporters of Western sanctions against Russia over its alleged involvement in the Ukraine conflict.

The two countries’ military forces have been involved in a series of aerial and naval confrontations, with Britain sending its jets and warships on several occasions to intercept Russian bombers and naval fleets.

The latest of those encounters occurred on Thursday, when the Russian aircraft career Admiral Kuznetsov and its task force were “shadowed” by two British warships on a course to sail through the North Sea and English Channel, on their way to Syria.

This is while the North Atlantic Treaty Organization (NATO), of which the UK is a member, had acknowledged earlier in the day that Russia had the right to operate in international waters.

According to the Kremlin, Putin had told May in early September that Russia wants to restore ties between the two countries “in all spheres, including the most sensitive ones.”