Killary piucks up an endorsement

Al-alwani threatened anyone who would vote for Donald Trump, calling them “infidels” and “goat f—-ers”. 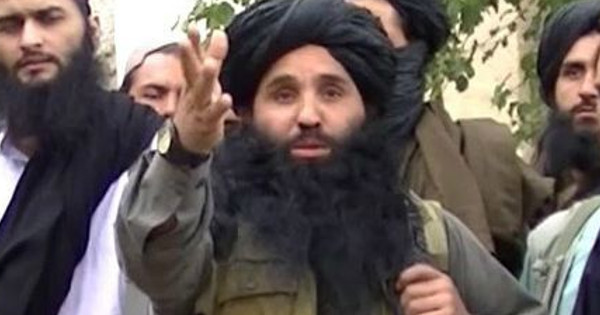 The video has since been taken down by Youtube, but ISIS’s number two terrorist, Amadh Abu Makmud Al-alwani threw his hat into the US election cycle, by endorsing Hillary Clinton over Donald Trump.

Al-alwani, put up the video this week following the second presidential debate. In the clip, the wanted terrorist pleaded with American Muslim voters to support Hillary Clinton…in what can only be described as the most twisted and bizarre presidential endorsement we have seen to date.

YouTube was quick to act and removed the video two hours after it was uploaded.
Al-alwani did not mince his words, threatening anyone who would vote for The Don, calling them “infidels” and “goat f—-ers”. And there is more…

“Trump is a dog, he is the scum of the earth. He boasts that he will take our oil and join Russia, Syria and the Shia Iranians against us in our holy fight.”

“This (dog-faced) scumbag must not reach Washington. Although it is a sin to put an inferior being such as a woman into a position of power, it is the true plan of Satan to divide the Muslims of America. It would be dirty and danis (filthy) to vote for Trump.”

“ All Muslims who will show support for the dog-faced Trump are guilty of masiya (mortal sin).”

He [Al-alwani] also claimed that even if Hillary was a woman and a “two face devil”, had the“charm of a pig” and was “treacherous as the snake”, that the Democratic presidential hopeful was at least in league with the “allied countries of the Islamic state” such as Turkey, Saudi Arabia and Qatar.

Al-alwani also warned all Muslims not to take his warnings lightly and that supporters of Trump would be severely punished on earth and in Jannah (afterlife).

Posted by seemorerocks at 16:27