Wikileaks Warns It Is Launching "Phase Three" Of Its Election Coverage 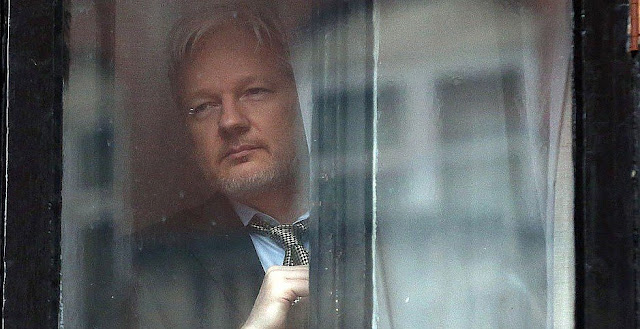 On Sunday night, Wikileaks enigmatically tweeted that it would launch “phase 3 of [its] US election coverage" in the coming week. The site put politicians on notice Sunday evening in a tweet that also included a plea for donations.

“We commence phase 3 of our US election coverage next week. You can contribute: https://shop.wikileaks.org/donate @WLTaskForce" the whistleblower website announced moments ago.

As the Hill noted, Wiki did not provide information about what the third phase entails or if there are still more revelations to come. As a reminder, Wikileaks' founder Julian Assange currently finds himself in the Ecuador embassy where his internet access has been revoked for the duration of the presidential campaign to avoid the appearance of intervention.

A new archive of Clinton-related documents would further irk a campaign still reeling from FBI director James Comey's announcement on Friday that new emails related to the Clinton server probe had been discovered.

But there is at least some reason to believe Wikileaks could release material that is not solely Clinton related. Julian Assange, the head of Wikileaks, has stated that he would publish information from Trump if the site were sent any.

Wikileaks has already posted hacked emails from the Democratic National Committee and Clinton campaign chief John Podesta: the former led to the resignation of former DNC chair Debbie Wasserman-Schultz after it was revealed that the DNC was actively scheming to prevent Bernie Sanders' nomination; the former has led to a series of dramatic revelations into the strategic operations of the Clinton campaign, with the most damaging emails exposing the Clinton Foundation and WJC's consulting outfit Teneo as an "influence-peddling" pay-to-play organization as noted in "Doug Band To John Podesta: "If This Story Gets Out, We Are Screwed""