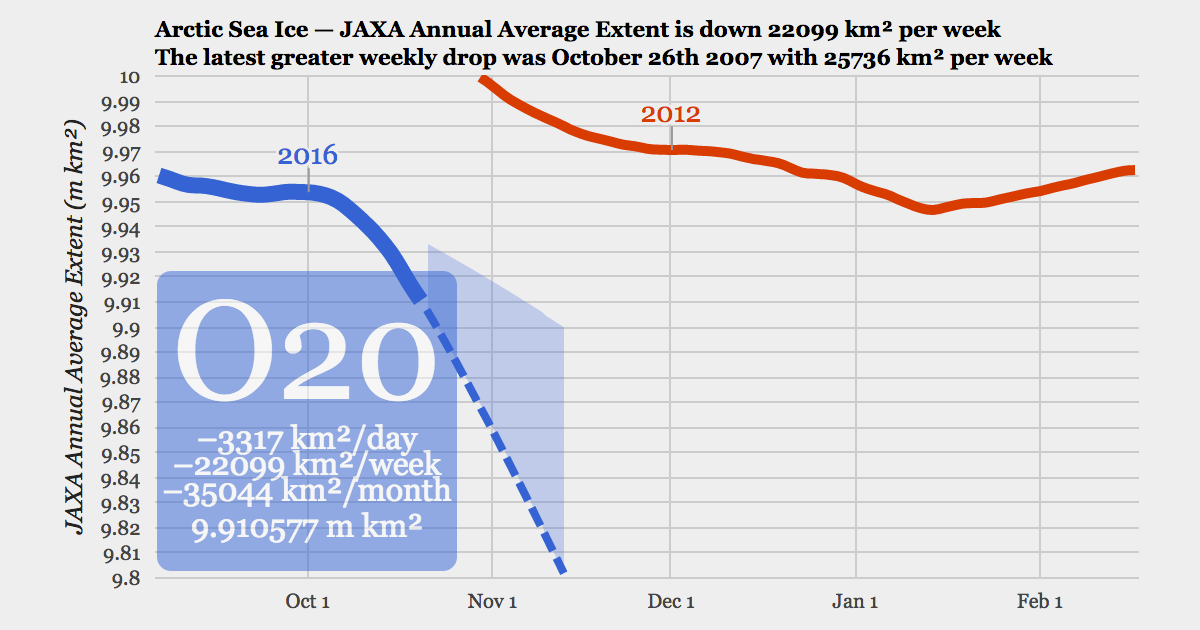 in this season of seasons i see
collapse itself collapsing and the
future of future spinning like moths
in the lamp on a floor of dead moths
We are now officially lower than 2012, both for daily sea ice extent and annual average, and you can see the 2012 graph never goes as low as 2016 was for October 20th. The only remaining record low before Wednesday for Annual Average Extent was the May 2013 all time low of 9.916 million km² (set by the 365 days leading up to and including May 15th 2013), and now no single previous day has been lower. Plot shows annual average* extent, not daily extent.

Eyeballing the graph, the blue dotted line and confidence interval suggest we'll be below 9.8 million km² by November—December, so dramatically lower than both 2012 in autumn and 2013 during spring. We've truly entered the dreaded uncharted waters, where — literally — anything can happen. Including annual and ever longer Blue Ocean events. We're into the great wide open.

To visually present the new all–time record low for annual extent, the above graph has been laterally expanded all the way back to January 1st. Then you can clearly see the May 15th previous record on the pink 2013 graph: 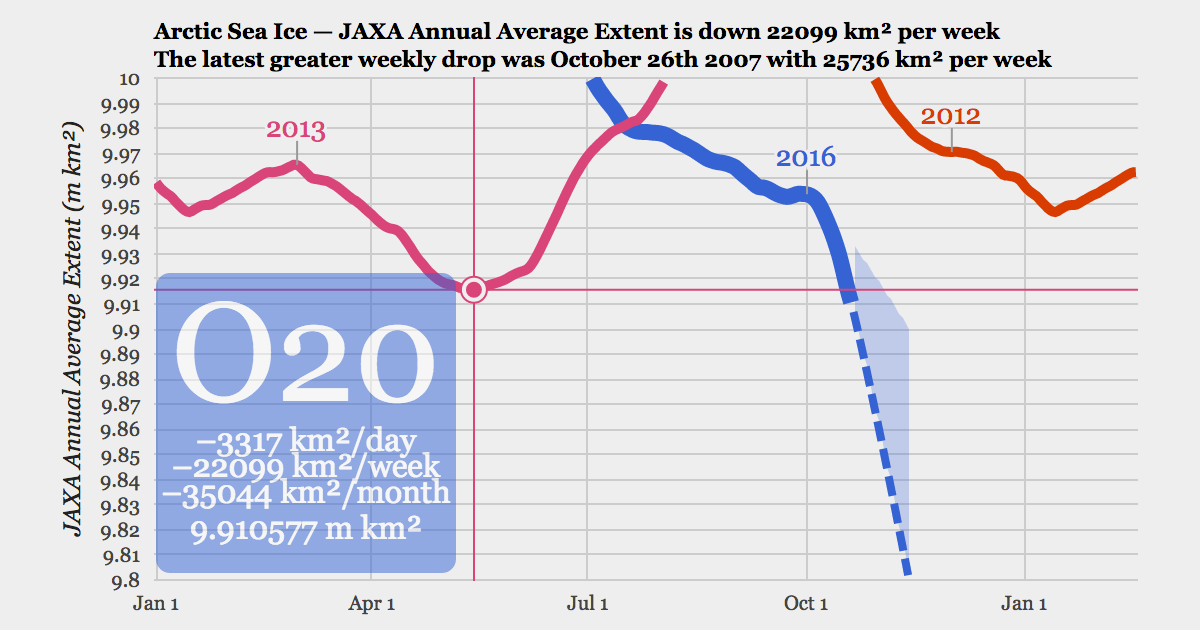 We're now already into uncharted waters. Some very interesting times ahead, with the best chances yet for aBlue Ocean event during the next ten months.

The next major milestone of the Arctic sea ice collapse is 9 million km² AAE, and expected in 2017—2018.
*) Don't get it? Just about once every month there is a new person actively voicing their concern that this is all wrong. I've totally messed up and I don't even know ice melts in summer and ocean freezes over in autumn and winter. I'm not a teacher, so I can only explain the concept of an annual average scientifically. I don't know what motivates the person in question to actually go and read the mathematical explanation. I usually don't know that person at all. I've been publishing annual average graphs since 2014, and I can assure you they are not wrong. Mostly, the monthly concerned person didn't get the 'annual average' part. Or they thought it wasn't essential to the understanding of the graph. It is.

PS: For the 7–year outlook, have a look at this post.