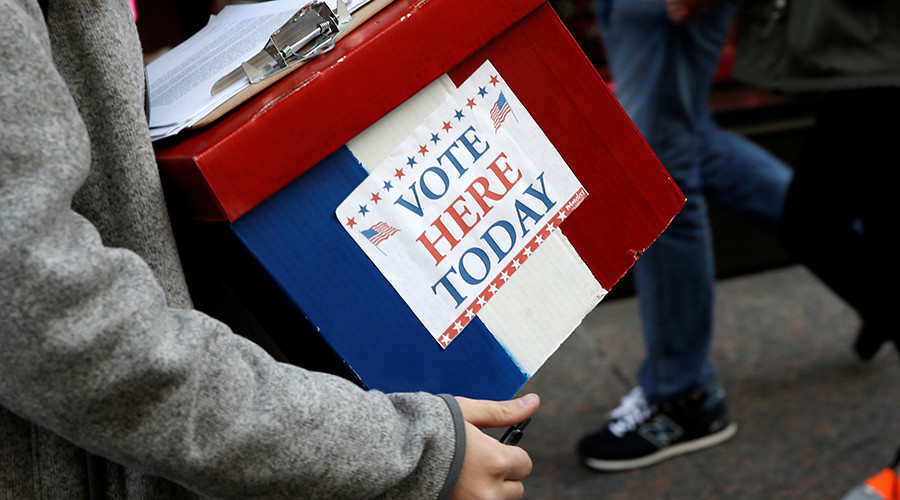 Russian President Vladimir Putin has rejected allegations that Moscow is trying to meddle with the American presidential vote, saying that the US is no banana republic to allow such a thing.


“Does anyone seriously think that Russia can somehow influence the choice of the American people?” Putin wondered during a meeting of the Valdai Discussion Club in Sochi on Thursday.

“Is America some sort of a banana republic?” he asked rhetorically. “America is a great state. Correct me, please, if I’m wrong.”

The ‘Russian card’ was used during the American presidential campaign to distract the voters from the real problems currently faced by the US, including the enormous federal debt and police brutality, Putin suggested.“But apparently the [US] elite has nothing to say to calm public anxiety” over those issues, he said.

“It is far better to distract people's attention to alleged Russian hackers, spies, agents of influence and so on and so forth,”Putin dded.

Russia and Putin have frequently been mentioned during the US presidential race.

According to Clinton, the Russian president “let loose cyber attackers to hack into [US] government files, to hack into personal files, hack into the Democratic National Committee.”

She also accused the Republican candidate Donald Trump of being actively supported by the Kremlin and promised to“defend the citizens of this country [the US] and the Russians need to understand that.”

Putin also expressed regret that elections in the West have “stopped being an instrument of change.”

“It all comes down to scandals, digging up dirt and – I beg your pardon – discussing who has pinched whom, who is sleeping with whom. Well, this is totally out of line,” he said.

According to the Russian leader, the political agenda has become “vapid” in the West, while ordinary citizens’ trust for the ruling class is diminishing.

“Frankly, if we look at the programs of different candidates, we can get an impression that they are tailored to the same curves,” he said.

Putin also slammed US and EU attempts to portray Russia as an aggressive country and enemy of the West.

“Fictional, mythical dangers, like the alleged Russian military threat, are constantly being churned out. Indeed, it is a profitable thing. It allows them to expand their military budgets; to expand NATO; to bring the infrastructure of the bloc closer to the Russian border,” he said.

“Of course, it’s very nice, and sometimes profitable, to pose as the defenders of civilization… but the fact is that Russia is not going to attack anybody,” the Russian leader dded.


The idea that Russia has a favorite in the US election was deliberately created by the media, Russian President Vladimir Putin said, adding that Moscow is “largely unconcerned” about the outcome of the vote and is ready to work with any future president.

“The image [that Russia supports a candidate in the US presidential election] was created by the media,” Putin said at the Valdai Discussion Club in Sochi on Thursday, adding that it was done deliberately and on purpose.

“This idea was planted into the US public consciousness… with only one goal… to protect the interests of the Democratic candidate in her competition with the candidate of the Republicans, in this case – with Mr. Trump,” the Russian president stressed.

The US media “first portrayed Russia as an enemy and then said that Trump is our [Russia’s] favorite,” Putin said, denouncing these tactics as “absolute nonsense.”

“This is complete and utter rubbish, and it is just a method of internal political struggle, as well as a way of manipulating the public consciousness ahead of the US presidential elections,” he added.

He went on to say that Russia is not interested in a victory of any particular candidate and is ready to cooperate with any of them. “Generally speaking, we are more or less unconcerned about it,” the Russian leader said.

At the same time, he stressed that Russia welcomes words and intentions concerning normalization of relations between the US and Russia, “whoever expresses them.”

He also said that it is “hard” to work with the current US administration as it does not fulfill its obligations under any agreements, adding that Russia is ready to start working with a new US president.

“The ‘Russian card’ has been used to demonize one particular candidate – to tie him with Russia, which is not particularly popular in the US at the moment and therefore to diminish his prospects,” former British diplomat Alastair Crooke told RT.

He also warned that the deliberate “demonization of Russia in every aspect” used as a political tool during the US presidential campaign will have “a substantive long-term effect on the relations, whoever will be president.”

“It will make it very, very difficult for [the future US president] to start a new relationship with the Russian president afterwards,” Crooke stressed.

His words were partly echoed by writer John Wight, who told RT that accusing Russia of meddling with the US election process on behalf of Donald Trump is “reckless and very dangerous because whoever will be the next president, he or she is going to deal with Russia.”

At the same time, Wight stressed, “it is in the interest of the US people as well as of the people of the whole world that the US reset relations with Russia.”

Trump’s extravagant behavior is thought-out political strategy
Donald Trump “has chosen his own method to get through to voters' hearts," Vladimir Putin said at a meeting of the Valdai Discussion Club, adding that the Republican candidate must have a reason behind his extravagant behavior.

“He [Trump] just represents ordinary people and portrays himself as an ordinary guy, who criticizes those who have been in power for decades,” Putin said, adding that only voting will show if this strategy is effective.

At the same time, Putin stressed once again that Moscow will work with every US president who is chosen by the US people and is willing to cooperate with Russia.

Earlier, Putin also dismissed all accusations concerning Moscow’s alleged meddling in the US presidential elections, saying that the ‘Russian card’ was used during the election campaign to distract voters from the real internal problems of the US.

He also sharply criticized the US and the EU for attempts to portray Moscow as an enemy and stressed that “Russia is not going to attack anybody.”

Putin and Russia have often been mentioned during the US presidential race. Democratic candidate Hillary Clinton has not only accused Donald Trump of being actively supported by Moscow, but also claimed that WikiLeaks, which repeatedly released documents hacked from Clinton campaign chair John Podesta and the Democratic National Convention, of working for the Kremlin.