Despite Ecuador’s Denial, US Pressured Embassy to Cut Assange’s Internet
Despite a denial from Ecuador that the United States pressured the country to shutter Wikileaks founder Julian Assange’s internet access, US officials have stated that they did, in fact, put “quiet pressure” on the nation. 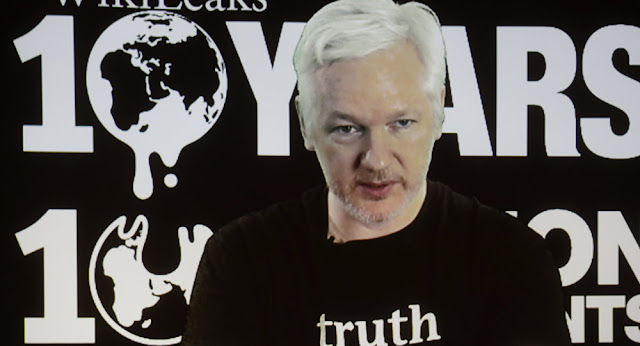 “The government of Ecuador respects the principle of non-intervention in the internal affairs of other states,” Ecuador’s foreign ministry said in a statement. “It does not interfere in external electoral processes, nor does it favour any particular candidate.”
They also expressly stated that their government “does not yield to pressure from other states.” But the US intelligence community is not keeping mum about the fact that they actually did pressure Quito to take Assange offline.

"It was a bit of an eviction notice," a senior intelligence official told NBC News.

The US has asserted that they believe Assange is a “willing participant” in a Russian intelligence operation, by accepting and publishing documents obtained by “Russian hackers” intending to influence the election outcome. The Kremlin has repeatedly denied that they were involved in the hacks or leaks.

"The general view is he is a willing participant in the Russian scheme but not an active plotter in it. They just realized they could use him," the official continued.

John Kerry was in the UK that day, which lead to speculation online that he had a hand in it.

The State Department has denied any involvement in Assange’s internet being disconnected, however.

"While our concerns about WikiLeaks are longstanding, any suggestion that Secretary (John) Kerry or the State Department were involved in shutting down WikiLeaks is false," State Department spokesman John Kirby said in a statement.

However, the unnamed US intelligence official speaking to NBC reportedly stated that “a message was conveyed to Ecuador that it should stop allowing Assange to carry water for Russian intelligence agencies, and that Ecuador, though run by a leftist, anti-American government, was receptive.”

Interestingly, this all occurred as what appears to be a sham US company was revealed to have attempted to set up Assange to accept what they claimed was money from Russia, as well as smear him as a pedophile.

WikiLeaksVerified account‏@wikileaks
RELEASE: Full docs and investigation into the plot to frame Assange as a paedophile & Russian spy #PedoPlot https://wikileaks.org/Background-and-Documents-on-Attempts-to-Frame-Assange-as-a-Pedophile-and.html?update3 …
8:51 AM - 19 Oct 2016

The company, toddandclare.com, claims to be a dating site for single women.

In a bizarre exchange, someone claiming to be a representative of the company, Hannah Hammond, proposed Assange appearing in one of their commercials for one million dollars. After a skeptical response from Wikileaks, she sent another one detailing the layout of the commercial — and how it would be funded.

“The source of the $1 million is the Russian government. It will be wired to Mr. Assange’s nominated account, upon his cooperation, and before filming of the ToddandClare.com ad by the SoHo camera crew,” Hammond wrote in a September 16 email.

The strange email raised many red flags, and Wikileaks responded, demanding that, “you immediately cease any plans that you have to use Mr. Assange’s name to draw attention to your business.”

“Your email appears to convey an elaborate scam designed to entrap Mr. Assange’s reputation into unwanted and unwarranted publicity,” a Wikileaks legal representative, identified only as James, responded the same day.

Podesta's Emails After the rejection, the company then filed a complaint with the United Nations, accusing Assange of having used their site to molest a child using their website in the Bahamas.

Redditors and other internet sleuths began digging into the company’s outlandish claims and found that toddandclare.com was linked to an address in San Francisco that was previously used by a data firm called Premise Data. Their cofounder, David Soloff, posted a photo of himself and Clinton to social media earlier this year.

Soloff has denied involvement with toddandclare.com.

Assange has been residing in the Ecuadorian Embassy for over four years due to threat of being extradited to the United States.

Despite his internet connection being severed, Wikileaks has continued to publish daily batches of hacked emails from Clinton campaign chairman John Podesta. 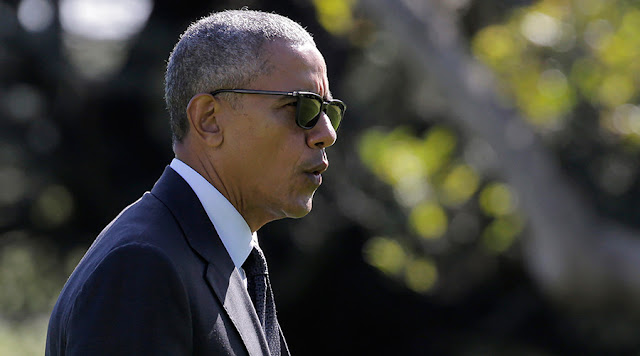 Within those are emails sent from secret address used by the president.
The first batch from Wikileaks are searchable under the email address bobama@ameritech.net, an email account Obama was possibly using before winning the election in November 2008.

Among them is an email, dated October 30, 2008, from John Podesta to then-Senator Obama, with a confidential attachment, discussing an economic transition team, mapping out why Obama needs to get it up and running before his term begins in January 2009.

“Paulson and his subordinates do not believe they can responsibly defer until after January 20 significant decisions concerning both the use of TARP funds and other potential stabilizing measures,” it says.

The latest batch of emails are culled from a series of deals involving Hillary Clinton campaign chairman John Podesta. Podesta is a long-term associate of the Clintons and was President Bill Clinton’s Chief of Staff from 1998 to 2001, and Hillary Clinton's campaign Chair. Podesta also served as Counselor to President Barack Obama.

Other emails to "bobama@ameritech.net" do not appear to have generated a reply from the future president.

In one email sent at 7:39 p.m. on election night in 2008, Podesta emails Obama with some last-minute thoughts on the upcoming G20 meeting. "I don't want to bug you today," Podesta wrote. "The memo pasted below concerns a possible invitation to the G20 meeting on November 15."

That email would have reached Obama just 21 minutes before the major television networks called the election in his favor, making him the next president of the United States.

"On the chance that President Bush would raise this with you tonight, I wanted you to be aware that it is the unanimous recommendation for your advisors that you NOT attend. As long as you are aware of that, we can review the contents of the memo tomorrow."

In the memo, staffers weighed the pros and cons of accepting an invitation to the G20, if it were extended. On one hand, the meeting just 11 days after the election would "afford you an early and efficient opportunity to evaluate the positions of leaders from other economically important countries," they wrote.