Video of Michael Moore at Ecuadoran embassy was filmed in JUNE

The internet is full of fakery

I have been following the story behind Julian Assange and whether he is still alive ever since his internet access was turned off and he went missing.

Bill Still (who it seems to me, has some credibility) posted this video that was posted by Wikileaks on Twitter, presumably to show that all is well.

It turns out that Mr. Still has had the wool pulled over his eyes as I have in recent days with all the examples of fakery all over the internet.


This video is making the rounds and presented as if it is current and confirmation that Julian Assange is still alive.

There seems to be plenty of fakery all round and a lot of us seem to be falling for it. 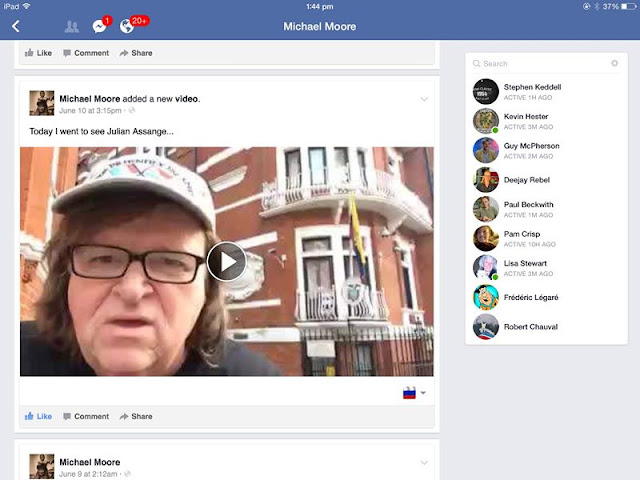