Israel Is Embedded With Isis in Mosul

This information is not at all new but has been based on reports from Syrian refugees and Iranian news sources.

This time it is reported by Israeli News Live and confirmed by security sources within Israel.

On the assumption that you do not want to hear a long exposition of bibical propehecy I have extracted the essence. 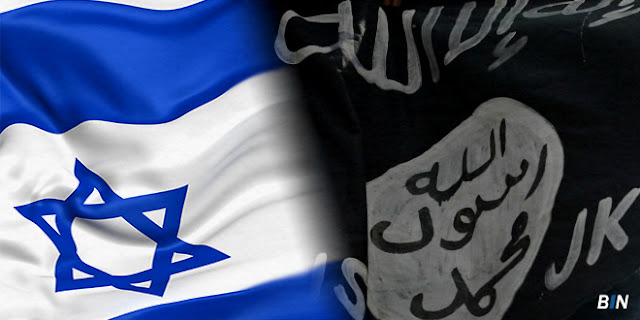 It has been speculated that Mosul will take until around the end of December to conquer.

Many suspect more than 30,000 deaths will result. According to an anonymous inside source, Intelligence reports that many of the Isis leaders speak Hebrew!

Members of the Iraqi army are reporting that the first refugees are swearing that at least 10 Isis leaders spoke Hebrew to each other and also had Israeli walkie talkies, guns and cell phones. Our source says they also spoke Arabic, but with a strong israeli accent. However, none of the mainstream western media is mentioning any of this.

These “leaders” left 5 days ago, and met no resistance from either Iraqi, Turkish, or US forces.

What nobody knows is that Iran is helping to drive Isis out, and it’s clear Isis is supported and led by Israelis and the CIA, while being helped by Saudis. Meanwhile, Turks Isis leadership will be situated in Istanbul by mid-December and Kurds and Iraqi’s are so upset by this, they plan to demand Turkey have no part of the Mosul campaign.

We will continue to update as we get more information from our sources.