This is an example of liberal multiculturalism writ large – insane!


A Swedish city is considering giving jihadists returning from Syria and Iraq free housing, a driver’s license, and tax benefits to ease their reintegration, but social media users have slammed the proposal, saying it ignores the terrorists’ victims.

The support for extremists was proposed by Anna Sjöstrand, a municipal coordinator against violent extremism in the city of Lund in southern Sweden.

“There may be criticism, but [I think] that you should get the same help as others who seek help from us. We can’t say that because you made a wrong choice, you have no rights to come back and live in our society,” Sjöstrand said on Swedish Sveriges Radio.

Sjöstrand’s proposal was based on a report written by author and criminologist Christoffer Carlsson, who says that it is difficult for people to abandon extremism and reintegrate into society without support.

“It’s a straight social, economic and material question. You need to be able to reintegrate into the job market, you may need to have a driving license, debt settlement and shelter,” he said.

According to Carlsson, “the risk is great that they [Islamist extremists] are unable to leave the extremist environment”without support, so “they might make an attempt and fail because they have nothing to keep them out, and there is always something to return to, namely the organization they left.”

The proposal has been eviscerated on social media, however, with users saying that Sweden is forgetting about the terrorists’ victims.

“Lund wants to help terrorists with housing, driver’s license and job, but forgets the victims,” one user wrote on Twitter, while another added: “Rapists, child murderers, terrorists. Everyone should be treated equally.”

Some users were calling for Sjöstrand’s resignation.

“Anna Sjöstrand, of course you should say ‘You have made a choice and are never welcome back,’” added @I_was_Sweden. 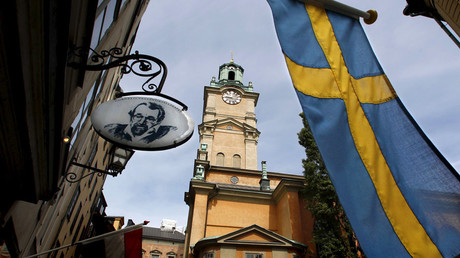 
According to Sveriges Radio, a similar ‘welcoming’ approach is also being considered in the Swedish cities of Malmö, Borlänge, and Örebro.

Örebro was severely criticized in January after two IS terrorists – Liban Qadar, 23, and Mahamed Farah Osman, 24 – were offered internships in the municipality, but chose to return to Syria, where they were later killed in battle.

The incident has been classified as a clear failure for Thomas Gustafsson, Orebro’s head of partnership.

Research from the International Centre for Counter-Terrorism (ICCT) shows that at least 300 Swedish citizens had traveled to Iraq and Syria to join IS extremists as of April of this year.

Meanwhile, some 140 terrorists had already returned to Sweden as of October of this year, local media reported.

Also an April, a report appearing in the Swedish media claimed that Islamists have successfully infiltrated Sweden’s Green Party. Lars Nicander from the Swedish National Defense University said there is “a very similar effect today, in which people close to the Muslim Brotherhood, an Islamist party, are apparently gaining large footholds in the Green Party.