NSA behind the DNC links, not Russia

I was alerted to this by a You Tube video from Israeli News Live.

A few hours later when I came to check the video had already been removed from You Tube.

There is a lot more material that is being “disappeared” from Facebook or You Tube so we are going to have to have to think up more effective methods to get round the censorship.

I shall start by transferring Judge Napolitano onto audio.

The Killary Clinton team will be trying to kill this story as quickly and effectively as they can, so keep it moving! 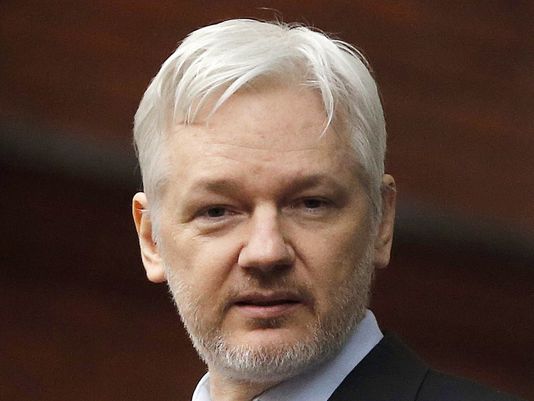 (ANTIMEDIA) During the third and last presidential debate between Republican Donald Trump and Democrat Hillary Clinton, debate moderator Chris Wallace pulled a quote from a speech Clinton had given to Brazilian bankers, noting the information had been made available to the public via WikiLeaks.


Listen to "Napolitano: Why would the NSA hack the DNC?" on Spreaker.

Instead of answering the question, Clinton blamed the Russian government for the leaks, alleging “[t]he Russian government has engaged in espionage against Americans,” hacking “American websites, American accounts of private people, of institutions … in an effort, as 17 of our intelligence agencies have confirmed, to influence our election.”

Following the claim, Clinton criticized Trump for saying “[Clinton] has no idea whether it’s Russia, China, or anybody else,” repeating her assertion that 17 U.S. intelligence agencies had determined the Russian government had been behind the Democratic National Committee (DNC) hack.

Despite her claim, reality couldn’t be more different.

Instead of 17 agencies, only the Office of the Director of National Intelligence (DNI) and the Department of Homeland Security (DHS) have offered the public any input on this matter, claiming the DNC attacks “are consistent with the methods and motivations of Russian-directed efforts.”

During an interview on Aaron Klein’s Sunday radio program, former high-ranking NSA intelligence official-turned-whistleblower, William Binney, discussed the alleged Russian involvement in our elections, suggesting the cyber attack against the DNC may not have originated from the Russian government. Instead, Binney says, a “disgruntled U.S. intelligence worker” is likely behind the breach.

Speaking as an analyst, Binney added that a testimony by the former Federal Bureau of Investigation (FBI) Director Robert S. Mueller from March 2011 shows the FBI has access to a series of databases that helps them “to track down known and suspected terrorists.”

According to Binney, what Mueller meant is that the FBI has access to the NSA database and that it’s accessed without any oversight, meaning the Central Intelligence Agency (CIA), as well as the FBI, have open access to anything the NSA has access to. “So if the FBI really wanted [Clinton’s and the DNC emails] they can go into that database and get them right now,” Binney told Klein.

Asked if he believed the NSA had copies of all Clinton’s emails, “including the deleted correspondence,” Binney said:

“Yes. That would be my point. They have them all and the FBI can get them right there.”

While Binney seems to be the only intelligence insider who has come forward with this type of analysis, a young man from Russia whose servers were implicated in the recent hacking of the DNC sites says he has information that will lead to the hacker — yet the FBI won’t knock on his door.

In a conversation with the New York Times, Vladimir M. Fomenko said his server rental company, King Servers, is oftentimes used by hackers. Fomenko added that the hackers behind the attack against computerized election systems in Arizona and Illinois — which, like the DNC hack, were also linked to the Russian government by the FBI — had used his servers.

According to the 26-year-old entrepreneur, “[w]e have the information. … If the F.B.I. asks, we are ready to supply the I.P. addresses, the logs, … but nobody contacted us.”

“It’s like nobody wants to sort this out,” he added.

After learning that two renters using the nicknames Robin Good and Dick Robin had used his servers to hack the Arizona and Illinois voting systems, Fomenko released a statement saying he learned about the problem through the news and shut down the two users down shortly after.

While he told the New York Times he doesn’t know who the hackers are, he used his statement to report that the hackers are not Russian security agents.
“The analysis of the internal data allows King Servers to confidently refute any conclusions about the involvement of the Russian special services in this attack,” he said on September 15, the New York Times reported.

According to Fomenko, he found a trail left by the hackers through their contact with King Servers’ billing page, which leads to the next step in the chain “to bring investigators in the United States closer to the hackers.”

The clients used about 60 I.P. addresses to contact Fomenko, including addresses belonging to server companies in Finland, France, Italy, Norway, Britain, and Sweden. With these addresses in hand, authorities could track the hackers down.

But while this information is somewhat recent, few news organizations found it necessary to report on the King Servers link. In the past, however, at least one major news network mentioned Binney.

In August 2016, Judge Andrew Napolitano commented on the DNC hack.
On “Judge Napolitano Chambers,” the Judge said that while the DNC, government officials, and the Clinton campaign all accuse the Russians of hacking into the DNC servers, “the Russians had nothing to do with it.”


Napolitano then mentioned Binney, arguing the NSA veteran and whistleblower who “developed the software that the NSA now uses, which allows it to capture not just metadata but content of every telephone call, text message, email in the United States of every person in [the country]” knew the NSA had hacked the DNC — not the Russians.

If Judge Napolitano and Binney are right and the NSA did hack the DNC, what was the motive?

According to the Judge, “members of the intelligence community simply do not want [Clinton] to be president of the United States.”

“She doesn’t know how to handle state secrets,” Napolitano continued. And since “some of the state secrets that she revealed used the proper true names of American intelligence agents operating undercover in the Middle East,” some of these agents were allegedly captured and killed, prompting NSA agents to feel compelled to act.

Whether NSA agents hacked the DNC or not, one thing is clear: there’s no real evidence linking the DNC and Arizona and Illinois voting system hacks to the Russian government.