This is in Israeli and Russian media - but not in western headlines.
Mosul: ISIS executes 284 men, throws their bodies into mass grave
284 men and boys were executed by ISIS in Mosul. Their bodies were then thrown into a mass grave. Meanwhile, US Defense Secretary Ash Carter met with senior level Iraqi Army officers in Baghdad this morning. 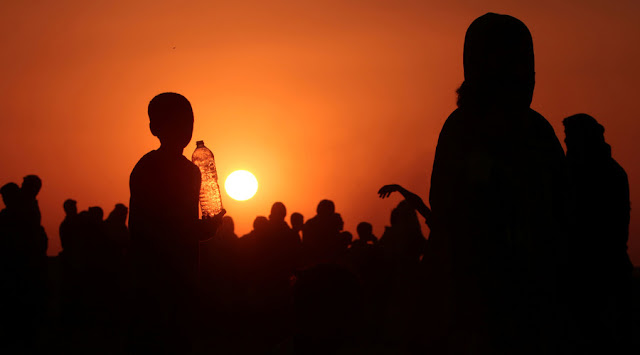 In addition, it was reported that over a thousand of Iraqis were rushed to various hospitals in Southern Mosul after they were having difficulties breathing.

According to reports, ISIS set fire to the sulfur stocks at a factory in the area. American soldiers near the factory were ordered to wear their gas masks as a precaution.

Yesterday, JOL News reported that the UN expressed deep concerns regarding the reports that ISIS kidnaped 550 families and is planning to use them as human shields.