The US is running two war campaigns:

Dummies don't see or don't want to see the truth.

And everyone else is growing in number but the US warmongers don't seem to mind, or they are so desperate that they are willing to risk the noose for the sake of getting their few pieces of silver 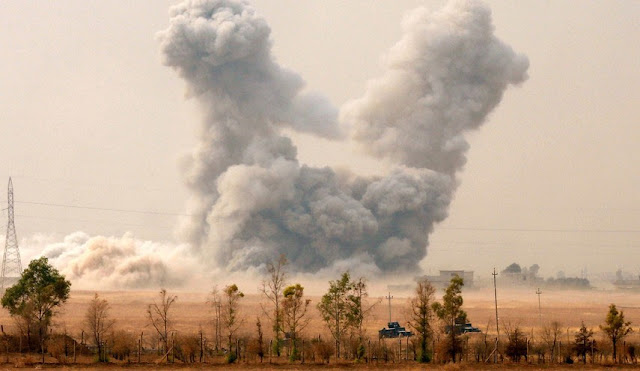 With a blocking force in place preventing ISIS from moving into Syria, reported by Iranian press, the US is doing everything possible to slow down the Iraqi Army and prevent successful operations. There have long been suspicions that the Kurds, who let thousands of ISIS oil trucks through their region each week, have been working with ISIS all along.

It was the Kurds, not the real Kurds, but Barzani’s Saudi run dictatorship in Erbil, that invited Turkey into Iraq.

“The US fighter jets hit one of the military bases of Iraqi Army’s 16th Division in a region North of Mosul, and the attack left at least four Iraqi soldiers dead,” Qablan said.

According to FNA, He said that the US army has confirmed the attack, calling it a “mistake”.

Qablan said that it is not the first time the US warplanes hit the Iraqi army and volunteer forces (Hashd al-Shaabi) military positions, adding, “The US-led coalition has each time said that air raids were not deliberate.”

It is reported that another peshmerga convoy accidentally hit by an USA-led coalition airstrike near Mosul today. That’s was 3 “Mistakan Raid” in 24 hours. 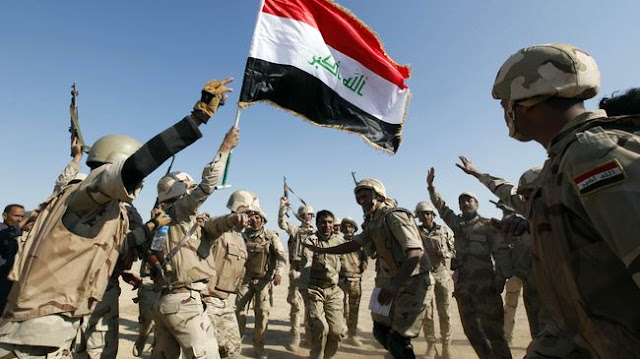 DAMASCUS, SYRIA (3:45 A.M.) - The Iraqi Popular Mobilization Units (Hashd Al-Sha'abi) began their military operations in the western countryside of Mosul on Saturday, targeting the vast area between the provincial capital and Syrian border.

Backed by Iraqi airstrikes, the Popular Mobilization Units managed to liberate 7 villages encompassing nearly 35km of territory in western Mosul, leaving the Islamic State of Iraq and the Levant (ISIL) without a proper exit route to SSyria.

With the Popular Mobilization Forces' assault on Saturday, the Islamic State is now forced to find an alternative route to Syria via Mosul.

While the PMU attack Mosul's western flank, the Iraqi Armed Forces positioned a the southern and eastern outskirts have halted their military operations in order to consolidate their gains, the Iraqi Ministry of Defense reported on Friday.
Posted by seemorerocks at 18:40