Tatishchevo is in Saratov Oblast in central Russia

S2 Intel‏@StratSentIntel
S2 Intel Retweeted Observationsplatsen
Warhead carriers reportedly moving NW from Saratov. Across the Volga to the southeast is Engles strategic bomber base. Moving to or from?
S2 Intel added, 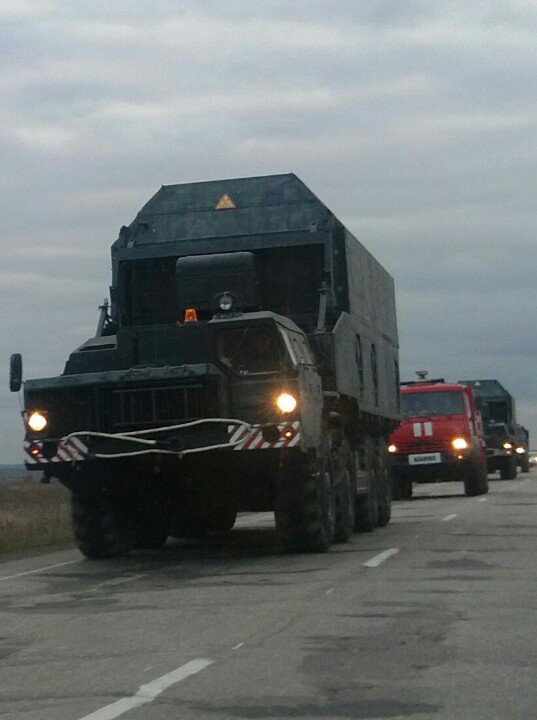 Russian man photographs convey of what he says were Russian war heads head to Tatishevo. Topol-m warheads maybe. Russia seems to be preparing in the event the US Coalition attacks Syria drawing Russia into direct confrontation. NATO seems to be playing chicken with Russia and Syria, trying to get them to shoot down a NATO war plane.


The U.N.'s General Assembly met informally to discuss whether to take steps to override the Security Council on the Syrian conflict, as the council remains deadlocked over how to bring an end to the bombing of northern city of Aleppo

The UN Human Rights Council has voted to start an independent special inquiry into the situation in the war-ravaged Syrian city of Aleppo, indicating that the blame for most of the civilian casualties lies with Syria and Russia.

A resolution aimed at reviewing alleged human rights violations in Aleppo was introduced by Britain and its Western and Arab allies. The document was approved Friday, with Russia and China voting against the draft.

The council has requested that the International Commission of Inquiry "conduct a comprehensive independent special inquiry into the events in Aleppo." It also urges the body to identify and bring to justice those responsible for the alleged abuses.

A resolution aimed at reviewing alleged human rights violations in Aleppo was introduced by Britain and its Western and Arab allies. The document was approved Friday, with Russia and China voting against the draft.....


Syriawarns it will ‘down Turkish planes next time,’ calls bombing of Kurds ‘flagrant aggression’

Damascus has reacted harshly to the bombing of Kurdish militias in northern Syria on Thursday morning by Turkey’s air force, vowing to intervene next time Ankara sends its planes over its border.

In a statement, the Syrian Defense Ministry accused Turkey of“flagrant aggression, which targeted innocent citizens,” saying that it considers it “a dangerous development that could escalate the situation.”

“Any attempt to once again breach Syrian airspace by Turkish war planes will be dealt with and they will be brought down by all means available,” warned Damascus, whose planes, which have flown in concert with a Russian expeditionary force, have been avoiding direct confrontation with unauthorized NATO jets.

Turkish artillery guns have been firing at Kurdish militias, who are now fighting against Ankara-backed rebels over territory won back from Islamic State in northern Turkey on Wednesday. Turkey said that the airstrikes took out up to 200 Kurds, though the YPG, the Kurdish militia, initially put its losses at 15.

Syria called the victims “150 innocent civilians” and said that “these irresponsible acts will have dire consequences that will threaten the region's stability and security.”

The US, Turkey’s NATO ally, has meanwhile distanced itself from the airstrikes, with State Department spokesperson John Kirby tweeting on Thursday that “contrary to some reports, US was not involved in Turkey airstrikes last night.”

Kirby added that US “called on all parties on the ground to avoid uncoordinated movements,” adding that they “only benefit” Islamic State terrorists.

Turkish aerial incursions into Syria have grown more frequent, as fighting has intensified around Aleppo, with at least four factions vying to take control of northern Syria, all with their own agendas. 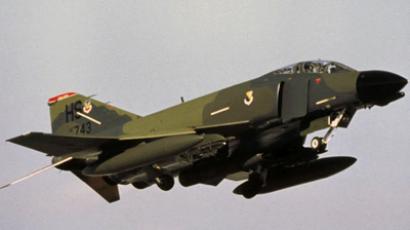 Since the beginning of the Syrian conflict in 2011, tensions have been on the rise between the two neighboring countries, with Ankara backing armed rebels opposing the legitimate Syrian government. On several occasions, shelling from heavy fighting spilled over the border and into Turkey, further inflaming the situation.

In June 2012, Syria downed a Turkish military jet on reconnaissance mission over Syrian territorial waters 1 kilometer from its coast. While Syria insisted that it was acting in defense of its borders, Ankara accused it of breaching international law. Turkey later confirmed that the jet did enter into Syrian airspace by mistake but claimed that it was shot down in international airspace after it had left Syrian territory.

In August, the Turkish army supported by Syrian rebels launched a ground intervention into Syrian territory, aiming to liberate the Kurdish border town of Jarablus from Islamic State, which had held the city since July 2013. Damascus condemned the incursion as a violation of its sovereignty, while the Kurds accused Turkey of unleashing a “war” on Kurdish militias who wanted to retake the town from terrorists.


The first day of the “humanitarian pause” in Syrian Aleppo did not lead to any desired results. Following the halt in the airstrikes, the terrorists in turn responded with mortar fire. 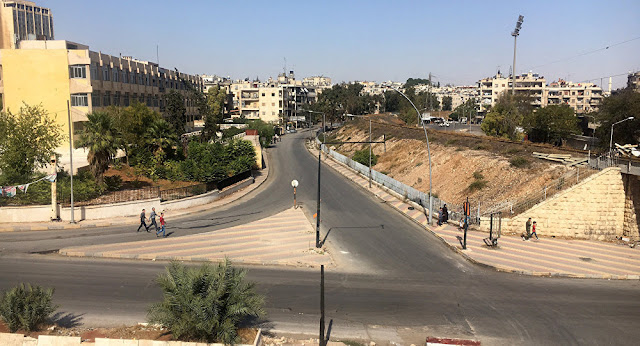 The humanitarian corridors, which offered a route for civilians and militants with weapons to pass through, came under mortar attack. Due to that only about ten people were able to leave the city instead of planned 7,000 civilians.

The “humanitarian pause” in attacks was introduced in Aleppo at 08:00 local time (05:00 GMT) on Thursday to ensure the safe evacuation of unarmed militants and civilians from eastern Aleppo via eight designated corлridors.

Earlier in the day, Russian Defense Minister Sergei Shoigu announced that Moscow had decided to extend the humanitarian pause in Aleppo for another 24 hours.

RIA correspondent, Mikhail Alaeddin was present on the ground in Aleppo and witnessed the evacuation before the “humanitarian pause” was implemented.

According to the correspondent, the Security Service, police and civil defense officers began to prepare for a “humanitarian pause” a few days before the scheduled time.

The place from where the civilians and insurgents were supposed to leave had a festive atmosphere.There were fluttering national flags attached to the vehicles, policemen were smiling and a few hundred meters behind the cordoned area there were ordinary citizens gathered hoping to see how the evacuation proceeds.

Near the corridor there were many buses with curtained windows and many ambulances.

Alaeddin noted that the authorities hoped that the militants and citizens will come out earlier ahead of the scheduled time because the residents of Aleppo were sent daily messages on their mobile phones in order to inform them about the timing of the implementation of the “humanitarian pause.”

“Militants! Amnesty is guaranteed to you. Enough of blood shed of your compatriots. Lay down your weapons, come out and you will save your life and the lives of others,” Alaeddin read the message which he received on his phone.

“I think today will be the beginning of the end of the battle for Aleppo, I know that many people want to go out and militants want to give up. I feel we will have a good day,” officer of the Syrian Army, Iyad, told the correspondent in a comment.

According to the correspondent the drive to the corridor was extremely difficult. However, in the district close to the designated corridor, the atmosphere was electrifying.

There were farmers who had set up their stalls selling vegetables and fruits. A large number of cars were trying to squeeze through the people and sirens were blazing loudly.

Mine attack out of nowhere

The first hour passed without any events but then suddenly the mood began to visibly deteriorate. Mortar fire flew out of nowhere. People started moving under cover in order to avoid getting hit.

Alaeddin describes hiding in the nearest shelter with an officer and within the next hour, six more mortar attacks occurred at different distances.

“I take it back. I think no one is coming because the terrorists are ready to attack and no one will be allowed to come out,” Iyad exclaims from under cover.

According to the correspondent, the position of the militants from where they were attacking, was quite close to the evacuation corridor, only 200-300 meters way.

The security officer decided to take the car and the ambulance to a safe distance. Using the loudspeakers, the military asked the citizens not to come any closer to the corлridors.

The north is silent

Alaeddin with his team and officers had to leave the district and head toward the north, to the Castello highway. There were a few humanitarian corridors over there as well which the team wanted to make sure were not under attack.

As they left the city, the correspondent described seeing a lot of journalists, representatives of civil defense and police gathered together.

Shortly afterwards, information was received suggesting that a group of militants has asked to be allowed to leave through the corridor in Castello, provided that no one would search them and they would be given several vehicles with first aid to care for their wounded.

The police and the Syrian officers started fussing trying to reach an agreement. They gave their intermediary consent through a middle man and a group of doctors and civil defense made their way toward the defense route.

The journalists upon hearing this arrangement prepared cameras and written material, ready to tell the whole world about extraction of the first group of militants.

Half an hour later hope died once again and the group returned with nothing. The arrangement did not work out.

The situation in the Bustan al-Qasr district is constantly volatile. The militants opened mortar fire again as soon as the Sunni religious leaders asked civilians and militants to leave the territory of the radicals using a speaker.

This time the mortar fire fell near the soldier’s shelter and one of the soldiers received shrapnel wounds. His comrades immediately rushed to help him and put him in an ambulance.

Just a few minutes later, in short intervals, groups of two to three people started coming to the main checkpoints. According to the correspondent, the wounded militants belonged to Ahrar al-Sham radical group.

Only about ten people showed up with the militants asking to be to send to Idlib.

After helping the victims with the required medical treatment as per the agreement, the militants were provided with a minivan and given a safe passage to leave this side of Idlib to go to Aleppo.

The correspondent explained that the militants were firing using small artillery and also from heavy machine guns.

Alaeddin said that on the spot where just fifteen minutes ago there were journalists and ambulances now there was no one. Then, the military that was responsible for this stretch of the road was left behind together with the RIA correspondent and several of his Russian colleagues. Everyone else left.

“So much for the ‘humanitarian pause’ and the terrorist’s response to it. Now I think no one will leave. It is time to go home and maybe tomorrow will be a different day,” Iyad told the RIA correspondent.