Close encoutners in the skies over Syria

Russian and American jets involved in near miss over Syria, US officials say
'It was close enough you could feel the jet wash of the plane passing by' 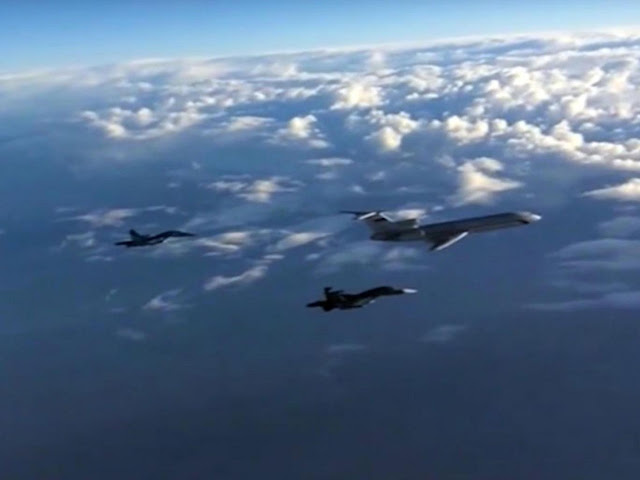 A Russian fighter jet flew dangerously close to a US warplane over eastern Syria, US defence officials said.

The near miss occured when a Russian jet escorting a larger spy plane manoeuvred in the vicinity of an American warplane on 17 October, Air Force Lieutenant General Jeff Harrigan said.

The Russian jet came to "inside of half a mile," he added.

Another US military official, speaking on condition of anonymity, told AFP the American pilot could feel the turbulence produced by the Russian jet's engines.

"It was close enough you could feel the jet wash of the plane passing by," the official said.

It appeared the Russian pilot had simply not seen the US jet, as it was dark and the planes were flying without lights.

"I would attribute it to not having the necessary situational awareness given all those platforms operating together," Mr Harrigan said.

The near miss highlights the risks of a serious collision in the increasingly crowded airspace above Syria.

The US-led coalition has set up a hotline with Russian counterparts so the different militaries can discuss the approximate locations and missions of planes, and avoid operating in the same space at the same time.

In this case, the American pilot tried unsuccessfully to reach the Russian jet via an emergency radio channel.

The next day, US officers used the hotline to ask Russia what had happened and they said "the pilot didn't see" the American plane, the official said.

Mr Harrigan said there had been an increase in close calls over the past six weeks, with intentional near misses - when a Russian jet deliberately follows a coalition plane too closely - "happening one every 10 days-ish".


Russia is flying constant air patrols over Syria, the vast majority of them over the devastated city of Aleppo, and routinely transits parts of the country the US-coalition operates in, officials said.

Russia says it has not bombed Aleppo since 18 October.

The Pentagon periodically chides Russia for "unsafe and unprofessional behaviour" in air operations.


This incident was deemed unsafe, but not necessarily unprofessional, officials said.
Posted by seemorerocks at 12:18