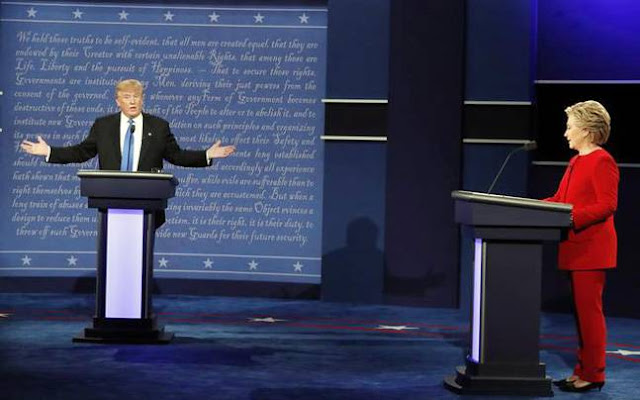 James O’Keefe releases video documentary on Hillary Clinton and the DNC inciting violence at Trump rallies.
James O’Keefe has released two bombshell videos, under Project Veritas, that few mainstream media networks are picking up, but prove without a shadow of a doubt that the Clinton Campaign and the DNC were actively working to subvert and disrupt Donald Trump rallies.

Where is the FBI? Why is the FBI not investigating this? This is voter fraud on a massive level. This is a deliberate effort to incite violence and influence voters.
Follow the money folks…

–“put people in the line, at the front…to get in front at the rally, so that when Trump comes down the rope line, they’re the ones asking him the question in front of the reporter, because they’re pre-placed there.”

“To funnel that kind of operation, you have to start back with people two weeks ahead of time and train them how to ask questions.”

“You have to train them to bird dog.”

Scott Foval admits to training, and sending out to Trump rallies, “mentally ill people, that we pay to do shit.”

“Over the last 20 years, I’ve paid off a few homeless guys to do some crazy stuff, and I’ve also taken them for dinner, and I’ve also made sure they had a hotel, and a shower. And I put them in a program.”

In this explosive new video from Project Veritas Action, a Democratic dirty tricks operative unwittingly provides a dark money trail to the DNC and Clinton campaign. The video documents violence at Trump rallies that is traced to the Clinton campaign and the DNC through a process called birddogging.

A shady coordinated communications chain between the DNC, Clinton Campaign, Hillary Clinton’s Super PAC (Priorities) and other organizations are revealed. A key Clinton operative is on camera saying, “It doesn’t matter what the friggin’ legal and ethics people say, we need to win this motherfucker.”

In the second video of James O’Keefe’s new explosive series on the DNC and Hillary Clinton campaign, Democratic party operatives tell us how to successfully commit voter fraud on a massive scale. Scott Foval, who has since been fired, admits that the Democrats have been rigging elections for fifty years.