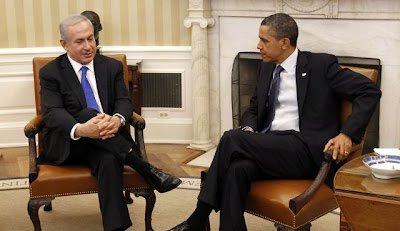 The U.S. national security adviser has shared with Prime Minister Benjamin Netanyahu the United States' contingency plans for a possible attack on Iran.

According to a senior American official, National Security Advisor Tom Donilon briefed Netanyahu on the plans during Donilon's visit to Israel two weeks ago. According to the official, who requested anonymity, Netanyahu hosted Donilon at a three-hour dinner. For part of the time, Israel's national security adviser, Yaakov Amidror, was on hand.

Donilon sought to make clear that the United States is seriously preparing for the possibility that negotiations will reach a dead end and military action will become necessary. He said reports of such preparations were not just a way to assuage Israel's concerns.

Donilon's talks in Jerusalem were the most significant so far between American and Israeli officials here in recent weeks. Secretary of State Hillary Clinton and Deputy Secretary of State William Burns have been in Israel as well.

According to the American official, Donilon shared information on U.S. weaponry and military capabilities for dealing with Iran's nuclear facilities, including those deep underground.

But another U.S. official involved in the talks with Israel said that "based on the intelligence we have, we think there is still time for diplomacy, and the time for a military operation against Iran has not yet come."

A spokesman for the U.S. National Security Council, Tommy Vietor, declined to comment on the details of a private conversation between Netanyahu and Donilon.

In any case, the secretary of the U.S. Air Force, Michael Donley, told the Capitol Hill Club last week that the force's new bunker buster bombs were ready for use if needed. In recent months, the bombs have undergone technical improvements.

The bombs, each weighing 15 tons, would be intended for fortified bunkers deep underground where chemical or nuclear weapons are stored. This would include the uranium enrichment facility deep inside the mountains near the Iranian city of Qom.

The United States has told Israel several times that the existence of such weapons means Iran will never reach the point where its nuclear facilities are immune to attack.

American attempts to allay Israeli concerns will continue this week with the arrival Tuesday of Defense Secretary Leon Panetta. On Wednesday he will meet with Netanyahu, Defense Minister Ehud Barak and senior security and intelligence officials.

The United States and its allies continue to ratchet up the economic and diplomatic pressure on Tehran, but it seems these efforts have yet to bear fruit. Despite U.S. efforts, the diplomatic channel vis-a-vis Iran seems at an impasse.

Meanwhile, Foreign Minister Avigdor Lieberman has been informed of the lack of progress in talks with the Iranians at a meeting with EU foreign policy chief Catherine Ashton. Ashton is holding talks in Brussels with Iran as the representative of the six powers: the United States, Russia, China, Britain, France and Germany.

The day before Ashton's meeting with Lieberman, her deputy, Helga Schmid, met in Istanbul with Iran's deputy chief of negotiations, Ali Bagheri. According to a senior Israeli official, when Lieberman and his associates asked Schmid how the meeting ended, they were told there was nothing new.

Lieberman told Ashton that the stalled talks proved that the time had come to move from talk to action to stop Iran. Ashton, who is to meet in the coming days with the head of Iran's negotiating team, Saeed Jalili, told Lieberman she had not given up on diplomatic efforts.

The Israeli official said Ashton said she had to persevere in the talks so she could show Europeans that she had done everything possible before abandoning the diplomatic track.