Drought and wild fires in Russia; Record temperatures in Europe

Remember the fires and drought of just 2 years ago? 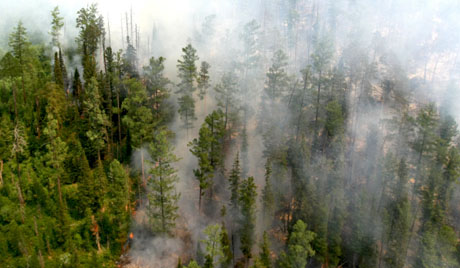 Russia is currently in the grips of an extremely strong heat wave. City and town residents are suffocating from the sweltering heat. For example, it is about 30 degrees in Moscow with prospects of the thermometer going up in the next few days. The heat wave situation is aggravated by wild fires producing clods of poisonous smoke. The wood rich Siberian taiga near Krasnoyarsk is fighting 83 fires on the territory of 12.130 hectares. As for rural Russia, that only last year was the world’s third-biggest grain producer, it suffers colossal damages. It threats to destroy a significant part of the crops. If last year’s harvest amounted to 94 million tons, this year it is a predicted at 80 to 85 million. Given the situation, earlier in July the Agriculture Ministry had to revise its harvest predictions.

As Rossiyskaya Gazeta writes, the hardest hit are the important grain-producing areas including Kuban, Stavropol, Volgograd, Volga, Rostov-on-Don, Lipetsk, Penza, Ulyanovsk, Kurgan and Altai. Nevertheless, Arkady Zlochevsky, president of the Russian Grain Union thinks that “The risks are there, but then there is a chance to avoid them.” Zlochevksy added that there will be 85 million tons of crops and the size of the harvest would depend on the weather. With the leftover stocks from previous harvests, the export potential will then be about 18-20 million tons. Although this is less than last year, when the country exported more than 26 million tons, it is still better than 2010, when the droughts and wild fires in Russia ruined about a third of all the grain harvested and the country had to impose an embargo on grain exports. The area of Russia’s irrigated fields is about 2.5 million hectares, and Russia has 44 million hectares of land under spring crops this year. “The biggest losses are not caused by the weather, it is rather the failure to comply with production rules in bad weather,” said Zlochevsky.

On the other hand Oleg Sukhanov, head of the market analysis unit at the Institute for Agricultural Market Studies, thinks that Russia may gather in only 77 million tons of grain. And, Sukhanov said, “that is not the worst-case scenario.”

His forecast is worrisome as Russia’s annual domestic consumption amounts to 67 million to 72 million tons. As is expected this year Russia may consume up to 68.5 million tons of grain and so, considering the remaining stocks from previous years, Sukhanov’s institute colleagues are putting the Russian grain export potential this year at a mere 13.5 million tons.

If so, that would be all we will be able to sell to our traditional buyers of grain in the Middle East and North Africa, and some Southeast Asian countries that joined them last year. “But this is not a long-term trend. Next season, Russia might have a good crop and again become a leader among world grain exporters,” Sukhanov said.

Despite the poor forecast for this year, Russia has ambitious plans for increasing its grain exports. The new edition of the national program for development of agriculture for 2013-2020, adopted in early July, set a target of a 115-million-ton grain harvest by 2020, which should bring Russia within reach of the United States, the traditional leader on the global grain market.

The current Russian predicament begins to tell on the world prices. Although there is no acute grain shortage in the world, other major grain producers, including the United States, Ukraine, Kazakhstan and China, are experiencing some problems. Forecasts in these countries account for the current high grain prices, about $330 per ton of food wheat. Sukhanov believes global grain prices could rise by another 10 percent before the year is out.

However, our experts do not believe that this will make a big difference in the prices of bread, meat and other staples because the share of grain in the end product is small. For example, in Russia, grain accounts for only 23 percent of a loaf of white bread.

So, as the saying in Russia went some 20 years ago, “the fight for the harvest is going on.” 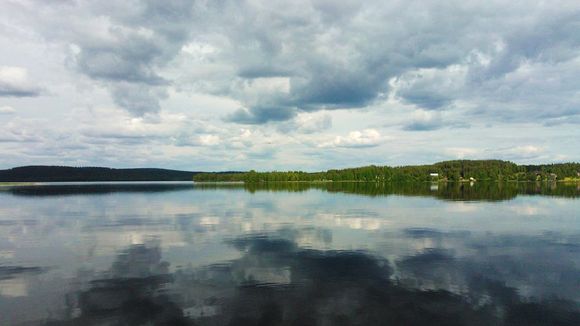 July 31, 2012 – FINLAND – The mercury rose to over 30 degrees Celsius for the first time this summer in eastern Finland as meteorologists warned of severe thunderstorms later in the day. The temperature exceeded the 30-degree mark in Tohmajärvi, Lieksa and Juuka in North Karelia, close to the Russian border.

But the Finnish Meteorological Institute (FMI) says that a cooler weather front has already arrived in western Finland and will start moving eastwards soon, making the current heatwave quite short-lived.

Severe thunderstorms are expected to whip up very strong wind gusts on Monday, warns the FMI. Winds may reach speeds of 25 meters per second in North Ostrobothnia and western Finland, and elsewhere in the country gusts of some 15 m/s are expected.

Most of them had been fixed by Monday afternoon. At 1pm, some 200 Fortum customers were still without power. Elenia (formerly known as Vattenfall) had about 1,200 customers without service at that time.


Romania: Heat wave keeps on in Bucharest, 19 counties in South, East on Monday

The heat wave affecting much of Italy has resulted in an average 10% reduction in national milk output, according to the Italian agricultural union Coldiretti. In some regions, more severely affected, this is as high as 50% down. Dairy farmers are taking steps to cool their cows, including the use of fans in barns and sprinkling the animals with light jets of water, it said.

Corn, tomato, beet and sunflower crops have been damaged across the country and some areas have received no rain for months, the Rome-based agricultural union said in an e-mailed statement today.