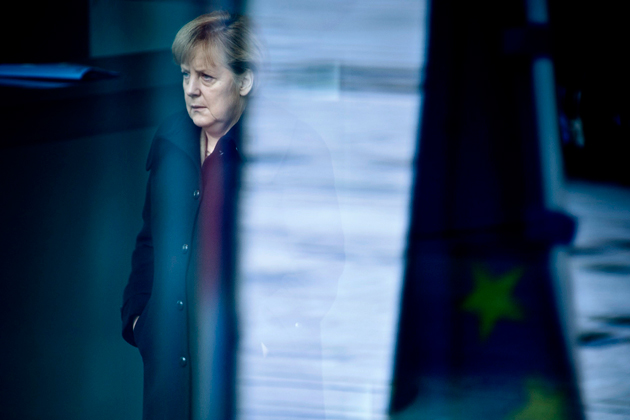 Investors have been remarkably slow to grasp this simple truth. Look at the muted reaction to Moody’s (MCO) decision to place Germany’s AAA-rated sovereign debt under review for possible downgrade. The yield on the country’s 10-year bonds rose, as one would expect, but by a puny 0.07 percent. They’re still yielding just less than 1.24 percent. That’s down from 2.8 percent a year ago.

The yield on 2-year debt is still negative—meaning investors have to pay Germany for the privilege of lending it money.

Considering how deeply Germany is enmeshed in Europe’s extreme financial difficulties, it’s hard to imagine how it could escape without huge payouts to its troubled neighbors—and most likely bailouts for its own big banks, which are highly exposed to Spain and Italy.

“There is just not enough firepower to withstand the onslaught without consequences,” Mark Grant of Southwest Securities said in a note to clients today.

The more sophisticated response came from the Free Democrats, the coalition partner of Chancellor Angela Merkel’s Christian Democrats. Otto Fricke, the Free Democrats’ budget spokesman, viewed the Moody’s action as a welcome recognition of the jam that Germany is in.

“Germany can only stay on the top of the heap if the countries we’re giving aid to conduct economic reforms and make an effort,” Fricke said. For that reason, he said, Moody’s rating action “is more helpful than harmful because it’s a warning to other European countries that the limits of what Germany can do will be reached eventually.” 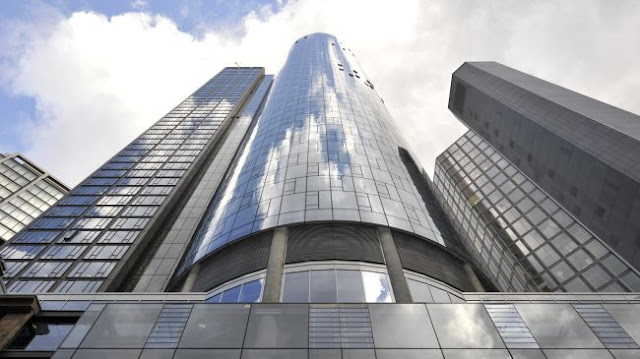 "Today's action follows Moody's decision to change the outlooks on the German sovereign and sub-sovereign ratings to negative from stable," Moody's said in a statement on Wednesday.

The rating company cut the outlook on a group of state-backed regional banks, known in Germany as Landesbank, but also included IKB Deutsche Industriebank and Deutsche Postbank.

Many banks of the Landesbank group have struggled since the 2008 financial crisis and amid Europe's ongoing economic crisis.


Moody's warned that more downgrades could come if there was a "further deterioration of the creditworthiness" of the Germany's central or regional governments.