Exponential growth of "power outages" in the US

Yet Another Exponential Chart... And A Different Spin On "Keynesianism" 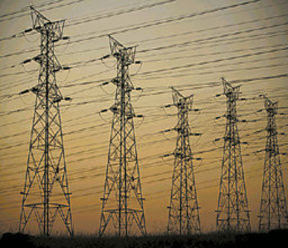 In our daily scouring of the markets we run across a plethora of charts, many of them boring, some interesting, and a few select ones, exponential, and thus completely unsustainable. The US debt load is of course one of them, global central bank assets is another, as is pretty much everything associated with Europe these days. However, the following exponential chart is one we had never encountered before: it shows the number of major "disturbances", read power outages, in America's power grid in the last decade. The chart is, well, disturbing.

So with fiscal stimulus to fund social projects as one of the core tenets of neo-classical economics, or at least such being its interpretation in Washington, D.C., and New York Times newsroom of course, one wonders if perhaps this is not one of those occasions where it would make sense to incur the social cost to fund infrastructure developments upgrading America's dilapidated power system.

We would be merrily on our way with such blasphemous thoughts until we looked at another chart, this time one showing the "real victims" of power outages, where to our absolute lack of surprise, we find that by far the biggest beneficiary of an operating power system are US Brokerage operations, for whom every hour in power grid downtime results in a cost of a whopping $6.5 million.

Which then begs the question: since brokers, read High Frequency Traders, investment banks, and other operations that require copious amounts of electricity to run "arbitrage" and other "sensitive" information driven profitability schemes on a millisecond basis, are the ones benefitting the most from a well-greased power grid, should it be the onus of Joe Sixpack, in the form of yet more indebtedness, to fund a system whose benefits are so disproportionately skewed to the benefit of one specific class of consumers.

Perhaps it is the banks, who are so very reliant on an up to date electrical utility system, that should be the ones funding on a pro-rata basis in terms of benefits, or well over half, the modernization of such facilities. After all, following the mass bailout of all banks, these entities are already, pardon the pan, utilities themsleves... or at least would be if the bailouts had been executed properly, and any excess profits were solely to the benefit of those who provided the bailout cash in the first place: those who are now asked to fund infrastructure overhauls as well.

Naturally the same logic could be applied to all other aspects of the aging US infrastructure: perhaps instead of everyone paying for something which benefits abrnomally a select few, it is those who extract the most externalities out of these societal programs should be the ones paying for their upkeep?