Reflections on the Batman massacre

On the Joker, Exercises and DARPA or Why What Hapened in Aurora is Very Creepy 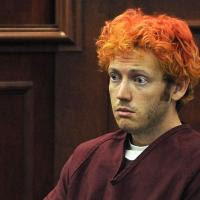 Aotearoa: a Wider Perspective,
25 July, 2012
When the News broke that in Aurora James Holmes had barged into a late night showing of the latest Batman movie shooting indiscriminately into a dark theatre after throwing in a tear gas grenade, it was generally accepted that once again a madman who picked up one of those easily available guns and engaged in a binge of mass shooting and killing mayhem for no reason other than that he could.
But now that the smoke has blown away and people are beginning to look into what happened it turns out the situation is not as clear cut as it was presented in the MSM.
Here are some links you might want to explore:
Posted by seemorerocks at 10:52