As if this was news! How many months is it now since Mike Ruppert said that this would happen? 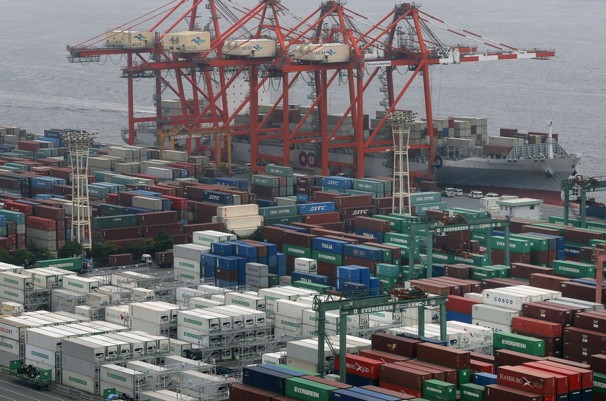 
The Finance Ministry reported a 2.92 trillion yen (or $37.3 billion) trade deficit, which reflected not only Japan’s surging need for oil and liquefied natural gas (LNG), but also weakened exports to slumping markets such as Europe and China.

An uncertain recovery for Japan: A year after the devastating earthquake and tsunami, recovery is slow on Japan’s coast, but residents endure trying conditions in the hope that, eventually, they’ll regain normal lives in functional towns.

The world’s third-largest economy has averted economic crisis this year largely because of a spike in domestic demand, spurred by reconstruction of the earthquake- and tsunami-devastated northeast.

But in the long term, Japan faces some troubling challenges: Its famed exporters — automakers and tech giants — are pinched by a global economic slowdown. Meanwhile, the country’s enduring wariness of nuclear energy has led to record imports of fossil fuels, which arrive here on hulking tankers and help prevent the nightmare scenario of blackouts during the sweltering summer.

Japanese Prime Minister Yoshihiko Noda has lobbied for months about the need to resume the use of nuclear power, which once supplied a third of Japan’s energy. For now, though, only two of the nation’s 50 atomic reactors are online. Many regions face energy-saving targets, handcuffing manufacturers.

Japan’s trade numbers last year moved into the red for the first time since 1980, and analysts say that Japan will continue to carry a deficit until it restarts more reactors — or devises a homegrown alternative, perhaps by boosting the use of renewable fuels.

According to the government statistics, so-called mineral fuels — oil, LNG and coal — accounted for 35.5 percent of Japan’s imports between January and June, up 21 percent compared with a year earlier. LNG imports were up 49.2 percent, and oil imports were up 15.7 percent.

Japan’s central government hopes the energy gap is temporary. But a majority in Japan, in the wake of last year’s triple meltdown at the Fukushima Daiichi plant, say they have doubts about the safety of nuclear power. Noda’s push to restart two reactors in western Japan has sparked a series of weekly mass-scale protests, a rare showing of social activism in a country known for its pacifist personality.

In his latest blog entry, Noda noted that he’s heard the chanting of protesters outside his office. But he also emphasized the urgency of summer energy shortages. The question of whether to cover those shortages by restarting reactors right now, Noda wrote, “is fundamentally different from the issue of how in concrete terms we can reduce . . . our dependence on nuclear power over the medium to long term.”

Barclays Capital, in a research note to investors, said that Japan’s trade deficit was likely to continue until at least 2013.

Japan actually posted a small trade surplus in June, in part the result of a drop in oil prices.

The trade data also show how Japan is being hit by slowdowns elsewhere. Between January and June, exports to China fell 8.6 percent from a year earlier. Exports to Western Europe fell 12.2 percent.