Remember the Georgian invasion of Abkhazia during the Beijing Olympics? I wouldn't be surprised to see something big happen during these Olympics.

Putin: Russia to keep nuclear arms ready for action
Russian President Vladimir Putin has warned that the country will keep its nuclear weapons and aerospace defense ready for action. 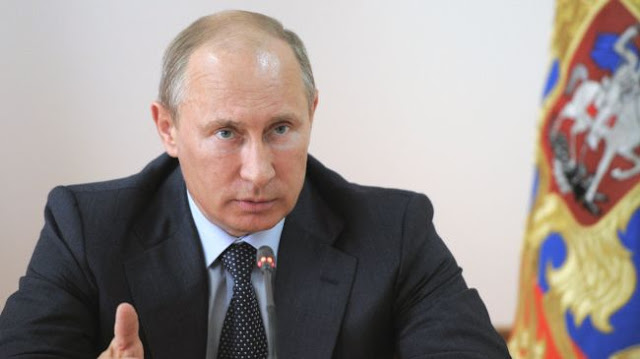 “We are not going to engage in an arms race, but no one should doubt the efficiency and reliability of our nuclear potential and our aerospace defense,” RIA Novosti quoted Putin as saying at a meeting on the country’s defense program on Thursday.

“Nuclear weapons remain the main guarantee of Russia’s sovereignty and its territorial integrity, it plays a key role in maintaining global and regional stability and balance,” Putin added.

The Russian president also lauded the country’s aerospace defenses and asked the military and weapons designers to keep the weaponry constantly ready and be on the vigil for potential enemy plans for development of offensive weapons.

“It must remain on constant alert, take account of potential aggressor’s plans for development of attack instruments, provide neat and rapid interaction with other branches of the Armed Forces,” Putin said.

He noted that Russia has set up a USD-600-billion fund to upgrade 85 percent of its strategic nuclear weapons arsenal and up to 70 percent of its defensive aerospace weapons by 2020.

Earlier in the month and in a speech to Russian ambassadors, serving across the world, Putin condemned the West for its interventionism and adoption of "missile-bomb democracy" in its approach to international disputes.

The Russian chief executive also urged the ambassadors to be on guard against aggressive attitude on the part of Moscow's Cold-War era enemies.

Russia is being quite restrained – in its words and actions – isn't it?

Russian Warships Will Not Enter Syria Port – Navy Chief
Russia’s navy chief said on Thursday that a flotilla of Russian warships off the coast of Syria would not dock at a port leased by Moscow in the violence-stricken Middle East country. 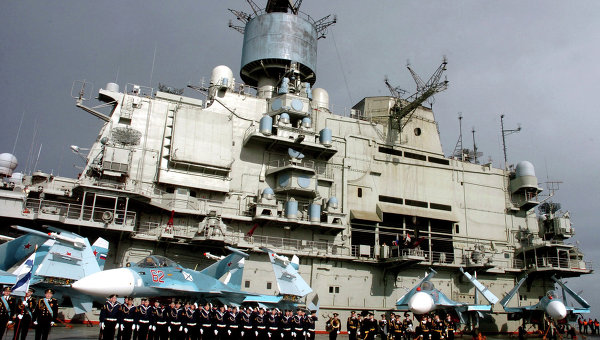 “The joint fleet flotilla will not enter the port of Tartus,” Vice Admiral Viktor Chirkov told journalists. “It is carrying out military drills in the Mediterranean.”

The flotilla is comprised of 10 warships, plus escort vessels. Chirkov also said the flotilla was carrying marines.

The navy said earlier this month that the deployment of the powerful task force was not linked to the current crisis in Syria, where thousands of people have been killed in an almost 17-month uprising against President Bashar al-Assad.

The Western Syria port of Tartus is Russia’s only foreign naval base outside the former Soviet Union. But Russian analysts have consistently played down the port’s strategic importance, saying it is in reality little more than a refueling stop.

But Chirkov said on Thursday that Russia had no intention of giving up the base. He did not however give further details or clarify how Russia would hold onto the base in the event of a pro-Western government coming to power in Syria.

Russia – along with China – has vetoed three resolutions against the Assad regime over what it says is a pro-rebel bias. Moscow insists it has no special interest in seeing Assad remain in power, but that the “Syrian people” must decide his fate.

President Vladimir Putin vowed in a pre-election campaign article earlier this year not to allow in Syria a repeat of last year’s “Libya scenario," which saw the ouster and murder of long-time Libyan dictator Muammar Gaddafi after a NATO military campaign.