The US drought - Environmental Effects 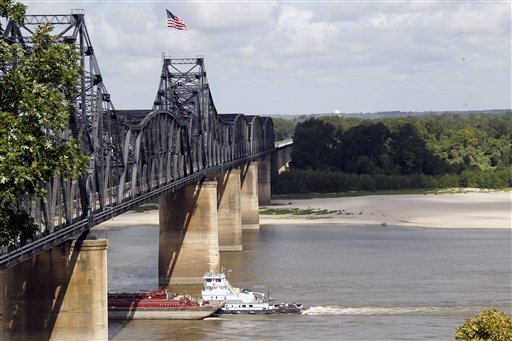 CHICAGO/WASHINGTON (Reuters) – The severe drought in the U.S. Midwest wreaked more havoc across the country on Thursday, forcing barges on the Mississippi River to lighten loads for fear of getting stuck and raising concerns about higher prices for food and gasoline.

Damage to crops in the most extensive drought in five decades and the pressure of the November elections sparked some action in the U.S. Congress to bring relief to farmers and make progress on a generous farm bill.

"When times are tough for farmers, they tend to be more active politically," Iowa Senator Charles Grassley said, urging fellow Republicans to act on the farm bill and avoid punishment at the polls.

U.S. House of Representatives Speaker John Boehner said on Thursday that Republican leaders were working with the Agriculture Committee "on an appropriate path forward."

"I do believe the House will address the livestock disaster program that unfortunately in the last farm bill was only authorized for four years," Boehner said. […]

One year after its waters swelled to historic proportions, the lower Mississippi River now sits so low that barge operators hauling some $180 billion in goods must lighten their loads for fear of getting stuck.

If water levels drop any lower, industry insiders say, prices could rise on the raw commodities commonly shipped by boat -- coal, grain, petroleum and steel, to name a few.

"The main thing that they're doing now is voluntarily reducing the size of their tows … so they're having to take more trips to carry their normal volume of commodities," said Ann McCulloch, spokeswoman for American Waterways Operators, a national trade association representing tugboats, tow boats and barges.

"This will drive up transportation costs if it continues over a long period of time," she said. […]

In Washington, temperatures boiled on both sides of the aisle. A new five-year, $491 billion farm bill is stalled in the House on concerns there are not enough votes in the Republican-controlled chamber to pass a bill.

"We're seeing all across the country dried-up, parched land," said Senate Agriculture Committee chairwoman Debbie Stabenow. "This is a very serious issue for our farmers and ranchers, so we need a farm bill."

The farm bill has been attacked by Democrats for cutting too much from food stamps for the poor and by Republicans for doing too little to reform farm subsidies.

There is little more than a week before Congress moves to a recess that lasts until September 10. Democrats have lambasted Republicans for lack of action ahead of the November elections.

"If they actually try to do disaster next week, it's just to inoculate members for the month of August," said Ferd Hoefner, a small-farm activist. "We want the real bill and we want it this year."

Scattered rains in the Midwest this week have come too late for many crops, government drought specialists said, and the worst drought conditions since 1956 worsened over the last week.

Almost 30 percent of the nine-state Midwest was suffering extreme drought as of July 24, nearly triple that of a week ago. […]

Drought and scorching temperatures in Eastern Europe from Poland to Romania also have burned up crops, causing alarm about stockpiles and soaring prices. Russian wheat harvests will also be cut by drought and Indian harvests will be cut by the poorest monsoon rains in four decades, officials said on Thursday.

Wildfires in drought-hit areas were also a growing problem. Firefighters in three Nebraska counties battled expanding wildfires, and Ola, Arkansas, a town of 1,300 people, was evacuated because of an approaching fire. 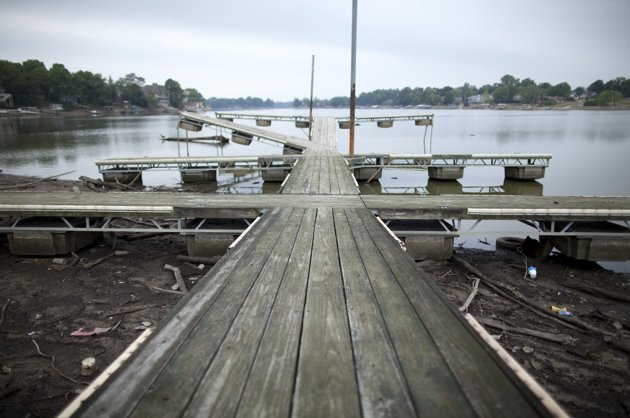 (Reuters) – The drought and extreme heat wreaking havoc across the U.S. farm belt is killing fish by the thousands in lakes and rivers and could pose a problem to migrating ducks and other waterfowl if it stretches into the fall, officials said.

Authorities are tallying up the losses which could run into the millions of dollar as the worst drought in 56 years expands, devastating the corn and soybean crops and forcing ranchers to cull their herds due to scorched pasture.

"Nationwide we are talking tens of millions to hundreds of millions (of dollars in losses). It just depends upon how long it lasts and how widespread it becomes," said fisheries biologist Dan Stephenson of the Illinois Department of Natural Resources.

"If this drought persists into fall, when the duck and other waterfowl pass through on their way south, there could be a larger problem," Stephenson told Reuters.

In Iowa, losses were estimated at $10.1 million after 37,000 fish were found dead along a 42-mile stretch of the Des Moines River from the dam in Eldon to the Farmington Bridge in the northeast of the state.

"Temperatures were extremely high … I mean 97 degrees (Fahrenheit; 36 Celsius) is essentially unheard of on this stretch of the river and it's certainly higher than anything I've ever seen," says fisheries biologist Mark Flammang of the Iowa Department of Natural Resources.

Flammang said the majority of fish killed in Iowa were shovelnose sturgeon, with a value of $116.20 per lb based on guidelines from the American Fisheries Society. […]

Fish are particularly susceptible to even subtle changes in their environments. Oxygen levels usually fluctuate during the day and night depending on temperature and other factors.

But the hot weather heated some waterways to between 85 and 90 degrees, forcing oxygen levels in the water down to a degree that caused fish to suffocate. […]
Posted by seemorerocks at 12:09