Paul Ehrlich, a prophet of global population doom who is gloomier than ever

Population surge means there is only a 10% chance of avoiding a collapse of world civilisation, says professor 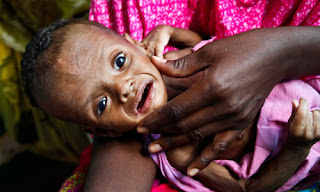 the Guardian,
Sunday 23 October 2011 19.00 BST
The population of Earth has doubled since Paul Ehrlich first warned the world that there were too many humans. Three and a half billion people later, he is more pessimistic than ever, estimating there is only a 10% chance of avoiding a collapse of global civilisation.
"Among the knowledgeable people there is no more conversation about whether the danger is real," Ehrlich told the Guardian. "Civilisations have collapsed before: the question is whether we can avoid the first time [an] entire global civilisation has given us the opportunity of having the whole mess collapse."
The idea sounds melodramatic, but Ehrlich insists his vision only builds on famine, drought, poverty and conflict, which are already prevalent around the world, and would unfold over the "next few decades".
"What it would look like is getting to the situation where more and more people are living in uncertainty about their future, subject to all kinds of disease," he said. "The really big discontinuity you can't predict is even a small nuclear war between [say] India and Pakistan.
"Of course a new emerging disease or toxic problem could alone [also] trigger a collapse. My pessimism is deeply tied to the human failure to do anything about these problems, or even recognise or talk about them."
Ehrlich has become the modern day equivalent of Malthus, the 18th-century English clergyman who popularised the idea that the number of people would eventually outstrip food production.
Now Bing professor of population studies at Stanford University in California, Ehrlich reignited the issue in 1968 with his book The Population Bomb – co-written, without acknowledgment, with his wife, Anne Ehrlich – which has sold more than 2m copies.
Central to the argument of the book was the idea that Earth has a finite capacity to provide the resources needed to feed and protect a global population which was growing exponentially in numbers and its demands to consume.
The book succeeded, slowly, in getting the issue of overpopulation into political and public consciousness, an idea now acknowledged by calculations of the "ecological footprint" of anything from nappies to nations.
The global population has since doubled and, although growth is slowing, is still on course to rise beyond the two billion maximum Ehrlich believes Earth can sustain without irrevocably destroying its water, earth and air.
"The next two billion people, should we get them, will put more and more pressure on environmental systems that are struggling today," he said. "Each individual has to have food from more marginal land … materials from poorer ores, we're going to use more oil so we have to drill deeper: we're past the point of diminishing returns."
The threat of climate change also turned out to be much greater than scientists thought in the 1960s, he adds.
Ehrlich accepts his prediction of widespread famine in the 1970s underestimated the "green revolution" which industrialised farming. But he still dismisses hope that technology will allow mankind to stretch resources ever further.
"Can we solve this technologically? Theoretically, since we can't know anything for certain, so we could come up with a magic way of producing food and that could save us. But my answer, always, to that is: we have all sorts of people in despair today. Don't tell me how easy it's going to be to feed nine billion people; let's feed seven billion first, then I'll be willing to talk to you about whether technology will take care of all those people.
"We could support a lot more people on the planet if humans were willing to share equally, but they don't: we want to design a world where everybody can lead a decent life without everybody being fair."
Ehrlich – who originally wanted his book called Population, Resources and Environment – also agrees most population reductions are linked to rising affluence, and so consumption, which causes its own pressure on resources.
But he denies those worried by these problems should therefore focus only on reducing the impact of consumption, likening the problem to the way two sides of a rectangle are multiplied to calculate the area inside.
"If you halved the amount of consumption and allowed population to grow so the other side doubled you have got the same area."
Posted by seemorerocks at 20:54