The biggest Wall Street firms posted their worst quarter in both trading and investment banking since the depths of the financial crisis as they face questions about the future of their business. 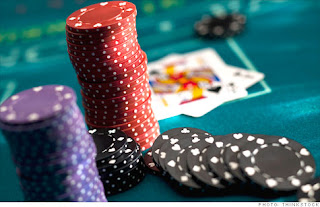 Bloomberg,
Oct 20, 2011 5:00 PM GMT+1300
JPMorgan Chase & Co. (JPM), Bank of America Corp. (BAC), Citigroup Inc. (C), Goldman Sachs Group Inc. (GS) and Morgan Stanley posted $13.5 billion in trading revenue minus accounting gains for the third quarter, down 35 percent from a year earlier. Investment- banking revenue plunged 41 percent from the second quarter to $4.47 billion.
Bank of America posted a roughly 90 percent drop in fixed- income trading revenue and Goldman Sachs had its lowest debt underwriting quarter since 2003. Corporations put off capital raises and investors sold riskier assets on concern that the U.S. economy was slowing and Europe’s debt crisis would spread.
“The micro has caught up with the macro, and the strains of the financial system have hit these companies,” Charles Peabody, an analyst at Portales Partners LLC in New York, said yesterday on Bloomberg Television’s “Inside Track.” “The question is, does that continue going forward?”
The five banks’ combined trading revenue so far this year, excluding debt valuation adjustments, or DVA, is down 16 percent from the same period last year. DVA are accounting gains taken when the value of a firm’s own debt declines, and losses taken when it rises.
The Standard & Poor’s 500 Index dropped 14 percent during the period, the worst decline since the fourth quarter of 2008. The Chicago Board Options Exchange Volatility Index, or VIX, which measures the cost of buying insurance against drops in the S&P 500, surged 160 percent to its highest quarterly reading since the first three months of 2009.
Buying Derivatives
The Markit CDX North America Investment Grade Index, which measures the price of buying derivatives to protect against a default on the corporate debt of 125 borrowers, climbed the most in the quarter since 2008.
“Whether it was a volatile and unpredictable market that made new equity issuances very difficult to execute, or our asset-management clients having much less conviction on investment decisions, the broader environment served as a significant headwind to clients moving forward with their business objectives,” Goldman Sachs Chief Financial Officer David Viniar said on a conference call this week.
Firms are also grappling with questions about the potential impact of the Volcker rule, which seeks to ban proprietary trading and limit hedge-fund and private-equity investments at deposit-taking banks. Regulators are seeking feedback from banks after releasing a draft of the proposal.
Flow Trading
Wall Street’s fixed-income desks could suffer a 25 percent decline in revenue under one proposal contained within the Volcker rule draft that may target so-called flow trading, Brad Hintz, an analyst at Sanford C. Bernstein & Co., wrote in a note to investors earlier this month.
Banks shut down stand-alone proprietary trading desks in anticipation of the rule, which has already affected trading. Citigroup said its 73 percent year-over-year decline in equities-trading revenue, excluding DVA, was driven by losses from a prop-trading group it is closing.
Bank of America attributed part of its fixed-income revenue drop to the winding down of its prop business, which contributed $434 million in the first half and zero in the third quarter.
Morgan Stanley (MS) is “constantly reassessing” whether the current environment represents a cyclical or secular change, Chief Executive Officer James Gorman said yesterday on a conference call.
Generating Return
“Over the next several months, it will become clearer which of the businesses that use a lot of balance sheet and take on a lot of risk can be expected to generate the kind of return that shareholders need,” Gorman said in a Bloomberg Television interview.
The 10 largest global investment banks, which include the five U.S. firms, are likely to trim their headcount of revenue producers by 5 percent in this year’s second half, according to an August report from industry consultant Coalition Ltd.
“If the market’s going to be and the economy’s going to be such that the revenues are going to be lower, we’re going to continue to take down the cost structure,” Bank of America CEO Brian Moynihan said on a conference call this week. “One of the easy things in this business versus other businesses is so much of it is variable comp, which comes down easier. But ultimately we have to reduce the heads and the infrastructure.”
Peabody and Shannon Stemm at Edward Jones & Co. expect capital markets revenue to pick up from the current levels. The impact of the economic environment may lessen once investors get more clarity from European leaders over their response to the region’s credit crisis, Stemm said.
“It’s our view it does eventually lift and we move back into an environment whereby the investment-banking revenues recover from these levels,” Stemm said. “It’s anybody’s guess how soon that happens.”
Posted by seemorerocks at 20:21