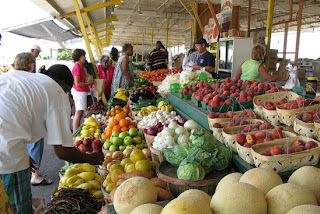 Kev the farmer’s blog
Tasman District Council is on the warpath against lifeboat-builders.
At a meeting called by the Motueka Valley Association in the tiny settlement of Ngatimoti tonight, 140 residents of the District from as far away as Golden Bay and Rotoiti came together to voice their support for Valley residents caught up in a recent trawling exercise by the TDC to seek out and enforce against property owners who have entered into "irregular" living arrangements on their rural properties. One such owner has allowed individuals and families to live rent-free in yurts and straw-bale buildings that have been erected without consents and building regulations in return for the "tenants" help in creating a self-reliant and resilient community. It seems there has been no complaint at-all from neighbours regarding these "irregularities". prompting one commentor to suggest their be a policy of "no enforcement actioned without a bona-fide complaint", which idea was sniffily dismissed by the council officers present.
One commentor from the floor raised the issue of the world sovereign debt crisis and the likelihood of a "collapse" causing a mass exodus of the urban population into the rural hinterland in search of the means to produce their own food. The concept was lost on the councillors and officials present (and, frankly, on most of the lay-attenders too) who seem unable to view the issue in any other light than that of "lifestyle choice". Personally, I doubt whether many actual "lifestylers" (as opposed to true smallfarmers) would volountarily enter into such arrangements on their "play-farms" with members of the "great unwashed" without coercion or a full-blown crisis prevailing. Instead, the focus seemed to be on suggesting that the council revisit the "Rural Management Plan" to see if those desiring alternative living arrangements could be accommodated.
Guess what? guys- while you are waiting for the sloth that is local government to pontificate (and most likely find against you), the global sovereign debt crisis is going to knock you from arsehole to breakfast-time!
In any case, one of the major issues, which the officials were at pains to emphasise is out of their hands as it is governed by national legislation, is that the building regulations wouldn't allow people to live in these type of structures because they are not "code compliant". Makes you wonder how in the quarter of a million years of human evolution we survived the first 249,950 without these "heroes" to protect us from ourselves! Don't you think?
It will come as no surprise to those familiar with the antics of public officials to know that, having turned a blind-eye to minor irregularities in the valley for years, this new found zeal for detection and enforcement is happening during the time leading up to the proposed but ill-concieved Nelson City / Tasman District amalgamation. With the threat of the loss of 60-70 jobs from a combined council, officers will be running around trying to fill the case-book with anything to keep themselves looking busy and indispensible for the months and years to come. They percieve this issue as a "soft target".
For the time-being, the law is on the side of the council. However, under the present circumstances right, and plain common-sense, are on the side of those building resilient communities.
Credit must be given to TDC's planning policy chief, Steve Markham for his enthusiasm for the ability of the public to initiate change to the Rural Management Plan, although this scarcely helps those already ensnared in the enforcement process, and the process is obviously too slow to help with the effects of the unfolding global crisis.
The deplorable attitude of councillor Trevor Norris is also noted. Cllr Norris seems to bristle with self-righteous zeal at the prospect of the enforcement process being used as a blunt instrument to beat down those who don't subscribe to his archaic view of rural land use. Wake Up! Cllr Norris!
»
Posted by seemorerocks at 12:07