US States Are Facing Total Debt of Over $4 Trillion 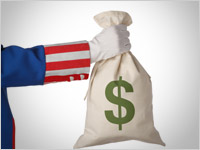 CNBC,
24 October, 2011
The total of U.S. state debt, including pension liabilities, could surpass $4 trillion, with California owing the most and Vermont owing the least, a new analysis says.
The nonprofit State Budget Solutions combined states' major debt and future liabilities, primarily for pensions and employee healthcare, unemployment insurance loans, outstanding bonds and projected fiscal 2011 budget gaps. It found that in total, states are in debt for $4.2 trillion.
For article GO HERE


There is no doubt that this will happen more and more as teh industrialsied world collapses - police will cease to be public servants and  follow profit and self-interest. Just look at what happened in the ex-USSR.

By Nina Lakhani
the Independent,
Monday, 24 October 2011
Hundreds of privately contracted police officers are working for forces across the country despite being unaccountable to the watchdog responsible for investigating deaths in custody, public complaints and allegations of wrongdoing, an investigation by The Independent has found.
For article GO HERE
These are stories that are simply not being covered by the media at all - the breakdown in both  India and Pakistan because of shortages of electricity and coal
Taj Mahal hit by pollution due to frequent power cuts

Gulf News,
24 October, 2011
Agra: Agra, which is home to the Taj Mahal, turns dark for several hours daily, despite privatisation of power distribution last year and a clear Supreme Court directive to ensure "uninterrupted power supply" to the eco-sensitive Taj Trapezium Zone.
Power distribution in the city was privatised in April last year. The Torrent Power Company, which claimed it had done wonders in Gujarat, took over from state-owned Dakshinanchal Vidyut Vitran Nigam Ltd.
Torrent, which promised a "bright future" and whose advertising punchline was "to make Agra shining and bright as the Taj", criticises the state government for not supplying enough power. Against a demand of around 350 MVA, Agra is getting only around 250 MVA.
For article GO HERE

UK heating oil shortage may be worse after late orders
The heating-oil crisis exposing more than a million families to price spikes and shortages last winter may be even worse this year, according to the UK's largest supplier. 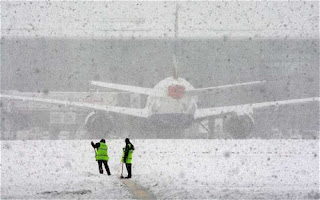 
During the chaos, the Government had to intervene with emergency measures to deal with blockages, as the snow hampered deliveries. Prices also shot up by around 70pc, amid a rush for heating oil needed to keep many rural households warm. Ministers considered rationing and urged people not to hoard stockpiles of the fuel.
However, experts are warning that the situation is likely to arise again, as households are still not buying enough heating oil in advance when prices are lower. Last year, there was a 40pc increase in demand during the cold snap, pushing up prices. But hard-pressed families appear to be putting off their purchases until the last minute, as finances are under more pressure. Adding to the risk, the Met Office has forecast a high risk of a colder winter.

Comments from Mike Ruppert -
I am very ambivalent about this. I heartily approve of the sentiment.
But I fear the consequences will produce less. These transfers are still taking place within an unchanged infinite growth monetary paradigm. And guess what? Credit Unions and small banks still survive by creating money (debt) out of thin air. I also suspect that there will be unforeseen and unanticipated dislocations as a result.
This is a solid gesture of rage and political sentiment. It is not a solution. -- MCR

Credit Union Times
21 October, 2011
While Bank Transfer Day, and the dump-your-bank sentiment that serves as its backdrop, has earned a lot of media coverage and promotional dollars among credit unions, are people really switching?
The folks whose job it is to facilitate that move behind the scenes, who manage the so-called “switch kits” of electronic banking, say it’s so.
Several big credit unions and the vendors who supply their technology told Credit Union Times last week they have seen a surge of new memberships that began when Bank of America declared its $5 a month debit fee in late September.
“We’ve more than doubled our usual rate of membership growth in the past 17 or 18 days,” said Howie Wu, vice president of virtual banking at the $9.5 billion, 700,000-member BECU in Tukwila, Wash.
“We usually average about 6,000 to 7,000 new members a month, but from the date of Bank of America’s announcement to today, we’ve totaled 10,400 new members,” Wu said Thursday.
For article GO HERE
Posted by seemorerocks at 12:26