A Ministry of the Truth for the Czech Republic

Censorship Stepped Up In Europe to Block Alternative News


'Classic Orwellian 1984': Czech Republic to Establish Anti-Propaganda Unit
The Czech Interior Ministry plans to create a unit tasked with countering misinformation allegedly spread by Moscow. This initiative appears to have come straight out of George Orwell's Nineteen Eighty-Four, Petr Hajek, Editor-in-chief of the Protiproud website, told Sputnik, adding that the West has turned into a "totalitarian structure." 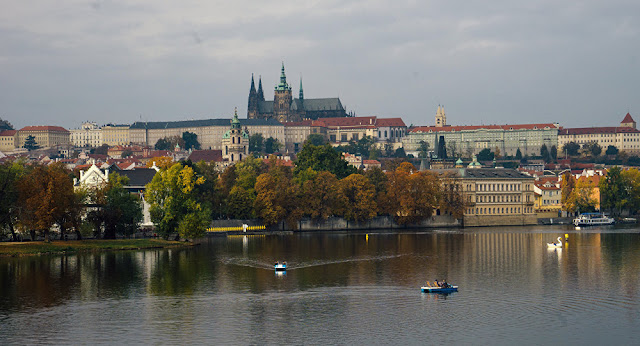 
"If this [measure] was only the beginning of censorship, it would have been OK," he said, adding that the new anti-propaganda unit will in fact make censorship more pronounced.

Hajek recalled George Orwell's world-famous dystopian novel. "This is classic Orwell's Nineteen Eighty-Four where they had the Ministry of Truth which in fact was a ministry of lies.

If this is what [the new Czech initiative] was, it would not be so scary since people are no longer interested in this type of propaganda," he said. The worst aspect of this measure, in Hajek's opinion, is the following:

"This is part of fomenting anti-Russia psychosis in anticipation of a war. I think this is what is particularly dangerous." Hajek further commented on the fact that anyone who does not share the point of view put forwards by the mainstream media in the West is labeled as being a "Kremlin stooge."

"This is what happens when there are no other arguments," he said, adding that this is what was happening under totalitarian rule. "The West has turned into an absolutely totalitarian structure.

As a result, it has to act like all totalitarian regimes do. This implies curbing freedom of speech, censorship under any pretext and finding enemies where there are none. This is what the West has been doing."

Hajek also noted that if Russian President Vladimir Putin was responsible for all that he is accused of, he would have been "the most powerful man in the world" since he has ostensibly "meddled in virtually everything," including the upcoming presidential election in the United States and freedom of speech in the Czech Republic.

The new Czech anti-propaganda unit will comprise 20 employees, who will be tasked with countering misinformation in the public domain and train public officials to tackle what Prague perceives as false data.

Interior Minister Milan Chovanec unveiled the initiative on October 20, speaking at a conference on strategic communications.