Flooding Kills 24 in Malaysia and Thailand
Nearly 160,000 have been left homeless since the flooding began 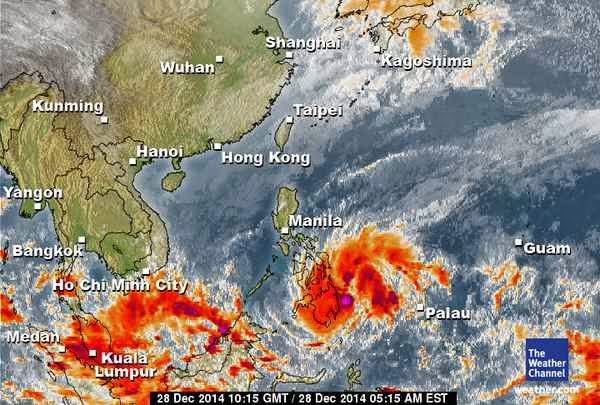 Flooding in Malaysia and Thailand has killed 24 people and left nearly 160,000 homeless since mid-December, in the deadliest regional flood season in a decade, according to recent reports.

Malaysian authorities said the rain is expected to last at least another week, Reuters reported.

The death total includes 10 in Malaysia and 14 in Southern Thailand.

The news comes as Malaysian Prime Minister Najib Razak visited sites of the flooding following his return from Hawaii on Friday. Razak had been criticize

An AirAsia Indonesia flight from Surabaya to Singapore went missing on Sunday, local time, and a massive multi-nation search is underway.

Air traffic controllers lost contact with Flight QZ8501 at 7:24 a.m. Sunday after takeoff from the Juanda International Airport in Surabaya, East Java, Indonesia, the airline said on its Facebook page.
There were thunderstorms along the flight path, AccuWeather.com Meteorologist Dave Samuhel said.
"It's very active this time of year. December and January are the wettest times of the year in Indonesia," Samuhel said. 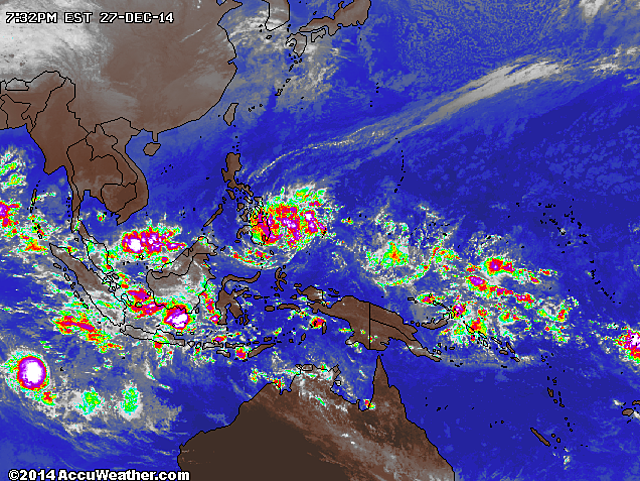 There were thunderstorms along the flight path of the AirAsia flight that went missing en route to Singapore on Sunday, Dec. 28, 2014.
Search and rescue crews from Indonesia, Singapore and Malaysia were searching for the aircraft on Sunday. However, the search for the missing passenger jet was suspended on Sunday night due to darkness and as thunderstorms erupted in the region once again.
Thunderstorms will continue to be scattered across the original flight path through the middle of the week. Search and rescue efforts are scheduled to resume Monday morning, local time. 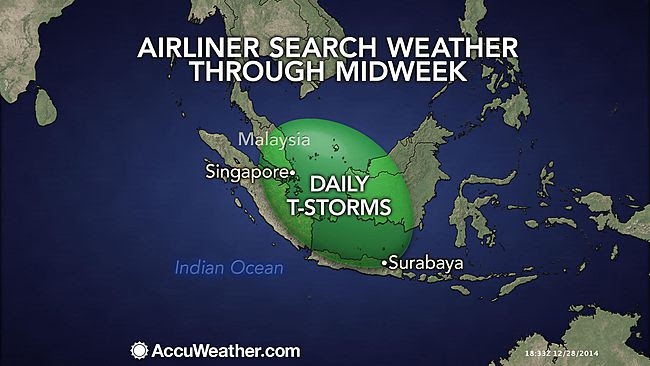 The aircraft was on its submitted flight plan route and the pilot asked for permission from air controllers to fly at a higher altitude due to weather, Bloomberg.com cited Indonesian officials as saying. It had been flying at an altitude of 9,753 meters (32,000 feet).
According to AccuWeather.com Senior Meteorologist Alex Sosnowski, "The storms in the area were capable of producing severe turbulence, strong wind shear, frequent lightning and icing." 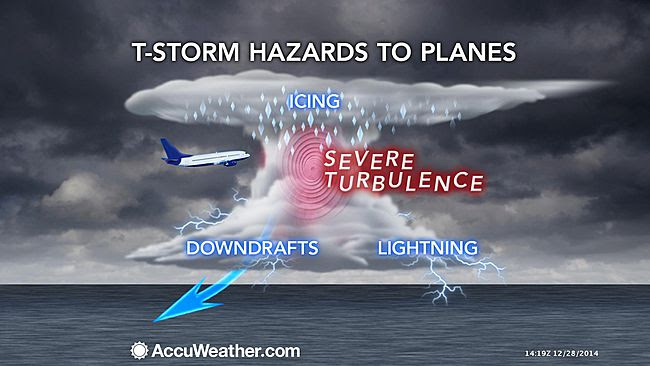 Wind shear is a rapid change in wind direction and speed over a short distance.
"It is for these reasons that pilots may request permission to deviate from their flightpath by going around or above the weather," Sosnowski added.
The aircraft was an Airbus A320-200 with 162 people on board, AirAsia said in a statement.
AirAsia CEO Tony Fernandes said he was on his way to Surabaya where many of the passengers live.


My only thought are with the passangers and my crew.We put our hope in the SAR operation and ... http://tmi.me/1eV9If
The aircraft was delivered to AirAsia from the production line in October 2008, Airbus said in a statement. It had about 23,000 flight hours in nearly 13,600 flights.

Massive snowfall, aggravated by strong winds and ice in the French Alps, has trapped thousands of holidaymakers, with up to 15,000 people forced to spend Saturday night in emergency accommodation centers in the Savoie region in southeastern France.

Conditions remained difficult on Sunday, a spokesman for the Savoie prefecture said. Authorities set up shelters in a dozen towns for stranded tourists in the area.

The chaos on Saturday left nearly 2,000 passengers stranded at Chambery airport in southeastern France. A spokesman for the Savoy region, which comprises roughly the territory of the Western Alps between Lake Geneva in the north and Dauphiné in the south, said: "We have not estimated the number of people who spent the [Saturday] night in their cars."

According to the prefecture, a number of travelers were taken care of in emergency shelters that became almost 100 percent full. "There were 83 shelters open," Transport Minister Alain Vidal said on Sunday on Europe 1. Snow fall as vehicles move bumper-to-bumper along the motorway near Albertville, on December 27, 2014 as they make their way into the Tarentaise valley in the heart of the French Alps, home to many of the famous French ski resorts. (AFP Photo / Jean-Pierre Clatot)

Early Saturday morning, the traffic along the Tarentaise Valley, a key path into a number of popular resorts, was disrupted. 
Thousands of cars were blocked because of the terrible weather. "We just made 130 km in 10 hours,"Kevin Clavel told told Le Dauphiné Libéré, as he was stuck in his vehicle with four other passengers on A410 highway between Albertville and Chambery.

Interior Minister Bernard Cazeneuve and Secretary of State for Transport Alain Vidal praised "the coolness and sense of responsibility" of drivers, asking all those, who still can, to postpone their trips and to exercise "the utmost caution." People put snow chains on their tires as snow falls on December 27, 2014 on the road to the Les Saisies ski resort in Savoie, central-eastern France. (AFP Photo / Jean-Pierre Clatot)


"Getting to the ski stations is still pretty tricky and snow chains are mandatory. The advice is that all those who can should delay their journey," the Transport Ministry also said in a statement.

Due to heavy snow and significant wind gusts, 19 departments were placed on the country's second-highest "orange alert" in northeast France and the Northern Alps on Saturday.

In northern France, wind gusting at nearly 160 km/h led to the closure of the port of Calais, interrupting ferries to England, and traffic restrictions on the A16 motorway along the coast. In Ile-de-France, the gardens of the Château de Versailles also had to be closed to the public because of the high wind, Le Monde reported. A man uses a snow plow to clean the road as vehicles drive past on December 27, 2014 on the road to the Les Saisies ski resort in Savoie, central-eastern France. (AFP Photo / Jean-Pierre Clatot)


Heavy snow and ice caused the greatest disruption in the east of the country. At midday on Saturday, a 27-year-old man was found dead in his car after his vehicle slid into a gorge in the Belledonne mountain range in the Isère region. The accident was "probably due to snow," the police said. The car did not have snow tires, Le Figaro reported. A female passenger in the car was slightly wounded and taken to hospital in Grenoble. 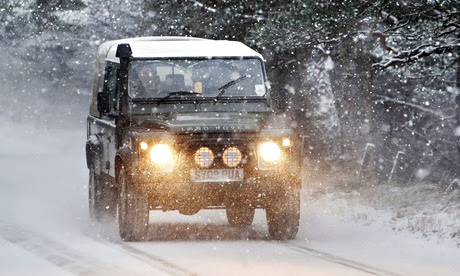 A vehicle on the A93 near Braemar, Aberdeenshire, on Saturday. Photograph: Danny Lawson/PA

Large parts of Britain are expected to wake up to severe weather conditions on Monday, with temperatures forecast to drop below freezing overnight and to as low as -10C in rural areas.

Although further significant snowfall is not expected in the coming days, the RAC is warning people to be prepared for icy conditions on the roads. The Met Office said the west of Britain was most likely to suffer from lingering patches of freezing fog.

Over the weekend travellers on the roads and railways faced testing conditions. The Office of Rail Regulation said it was launching an investigation after the biggest rail maintenance programme in years over-ran, forcing the cancellation of services at King’s Cross in London on Saturday.

Trains stopped prematurely at Finsbury Park a few miles north, and the far smaller station soon became overwhelmed by the crowds, leaving thousands of passengers queuing for hours in the cold..... 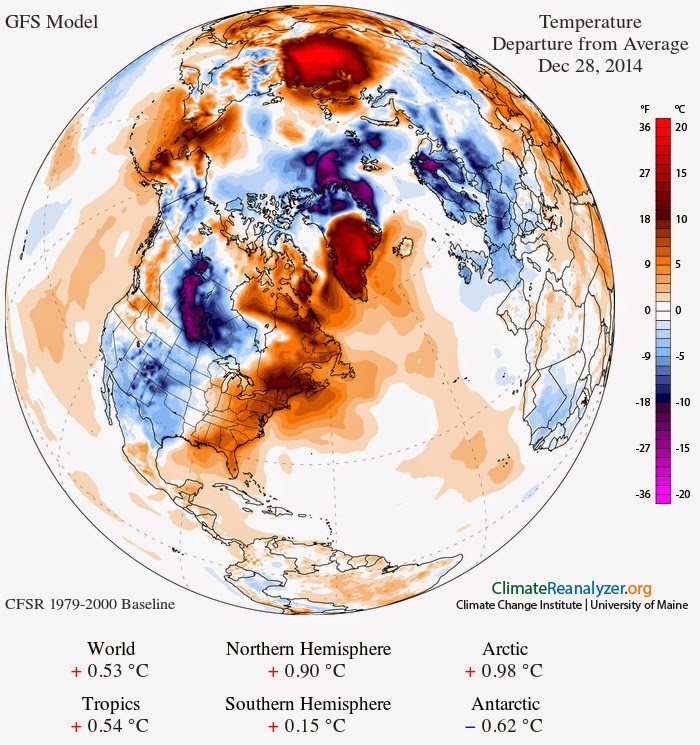 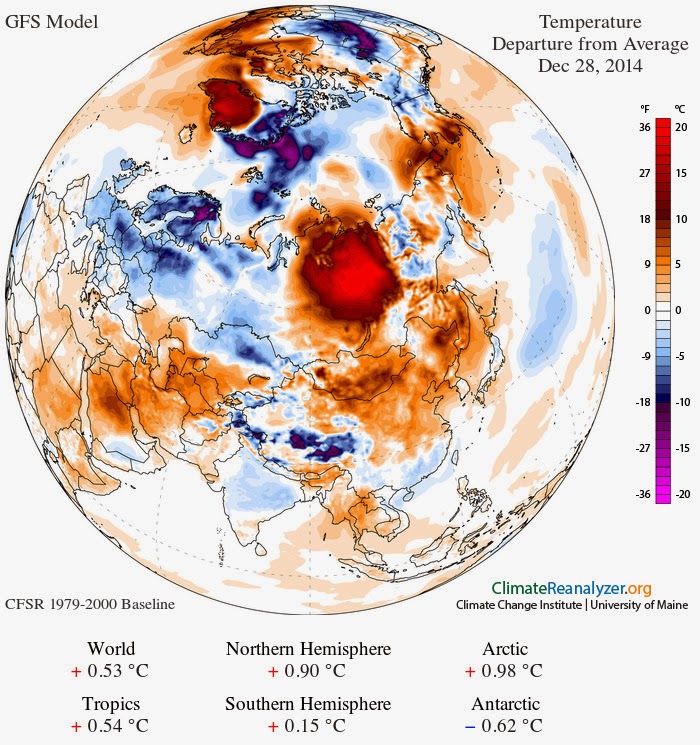 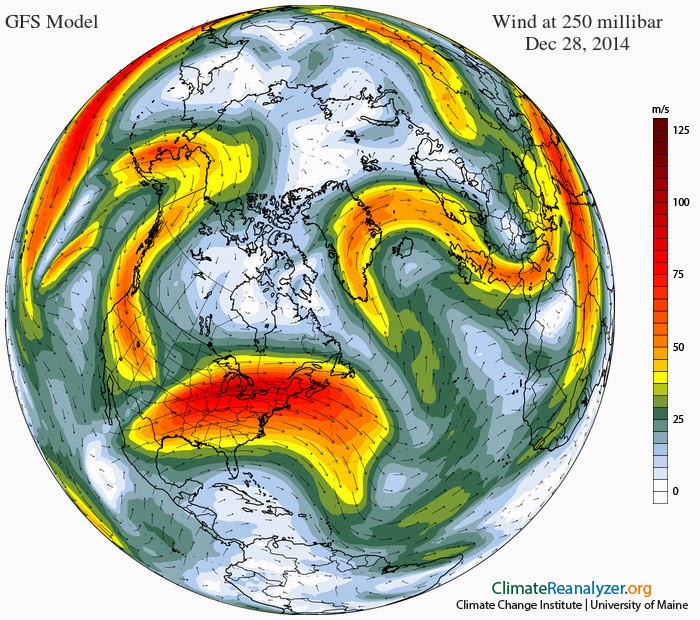 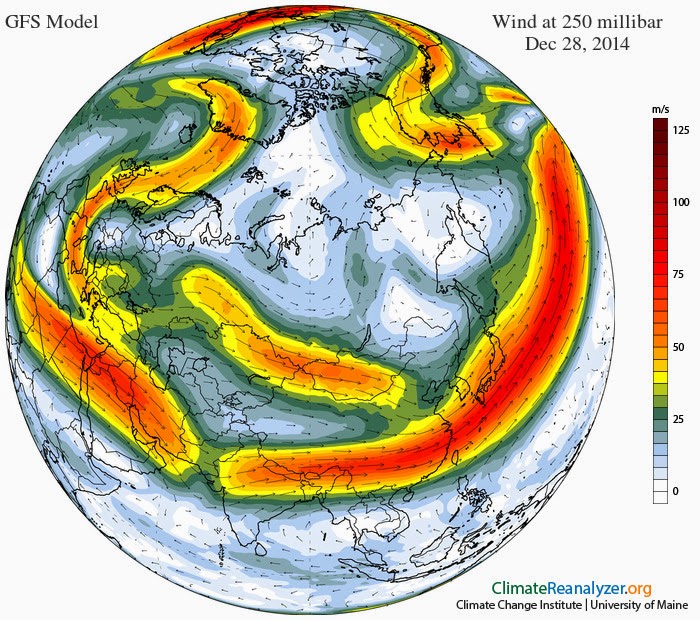 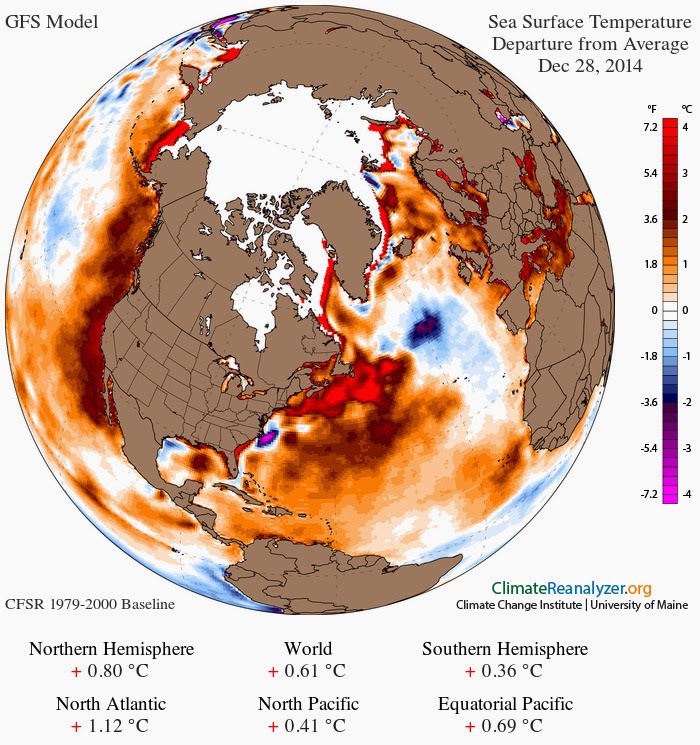