My thoughts have been with Mike quite a lot in the past day or so, so I am reposting his last broadcast before New Year, 2013 - made almost EXACTLY on year ago.

At the beginning of the show he makes the statement that sums up the human predicament and summed up his career.

It is a message that needs to be listened to (and re-listened to) by everyone - and the message taken to heart.


This is a must-listen show from Mike Ruppert.

He lists the three things that are threatening life on the planet and why nothing else is of any more than relative importance. He also explains why he is pulling away from day-to-day involvement with Facebook

He is joined by Mimi German of Radcast who gives the clearest exposition of what is happening because of Fukushima and everything that anyone wants ot know about reading radiation levels where you live.

She provides the clearest contextualisation that I have heard on this subject. 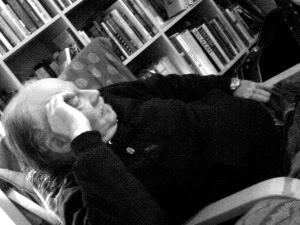 On Tonight’s LIFEBOAT HOUR at 9 PM (Eastern) -- Mimi German of Radcast will be my guest for a very important show which we have called RADIATION 101.

What's the difference between CPM and millisieverts and what they mean for your body? What do Geiger counters measure and what don't they measure? How can you know what elevated readings imply for your area? Does a Geiger counter give you any clue as to what's happened to the radiation that has been released non-stop for 33 months? What effects might exposure produce in your body from Cesium? Plutonium? Strontium? Radio Iodine? Or any of the many radioisotopes released from Fukushima or ANY of the multitude of ageing and failing nuclear facilities around the country and the world?

What sites are reliable for readings and why is Radcast with it's coming interactive map and radioactive history database different. How can you get involved and assist in building a reliable and competent citizen-based network to help fill the criminally negligent voids left by government, medicine and the nuclear industry.

Mimi is one of my favorite people out there with my full confidence.

PLUS -- A message explaining and clarifying my recent self-imposed exile from Facebook.