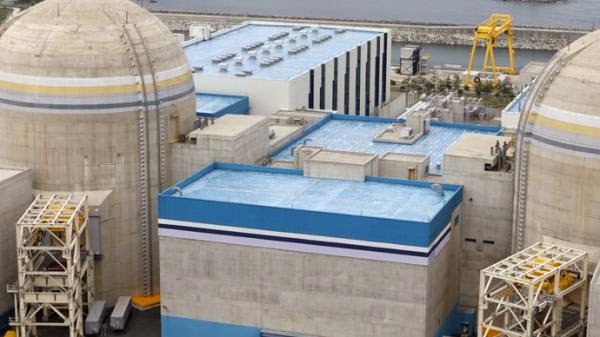 The marketing stunt involving what would otherwise have been a straight to DVD flop, a pudgy North Korean dictator, an FBI desperate to create a fabricated YouTube clip of North Korean hackers scheming maliciously in their mother's basement, an American president demanding retaliation because a 80286-equipped hacking army poses a threat to the American way of life and other surreal, B-grade movie elements may be about to end with the "shocking" re-release of The Interview on Christmas day, but that doesn't mean that the push to implement an internet kill switch is over. Which really is what the relentless "hacking on the front pages" media scramble is all about.

And since the ultimate scare tactic appears likely to be a controlled take down of the energy grid to demonstrate just how scary "hackers" may be, here comes the "other" Korea with an appetizer of what is to come to the US on short notice.

According to RT, a South Korean nuclear plant operator’ computer system was hacked and the perpetrator has leaked blueprints and manuals, says if his demands for three reactors’ closure aren’t met, those living near the facilities should “stay away” from home.

The hacker has been releasing the internal data of Korea Hydro & Nuclear Power Co (KHNP) in stages, with the latest piece being posted online on Sunday. It came together with a warning of a major leak still head.

“I can open to the world 100,000 pages of data that have not yet been revealed,” the hacker said in the post, cited by Korea’s Yonhap news agency. “You say this isn’t confidential material. Let’s see if you will take responsibility if the information on blueprints, systems and programs are all disclosed to the countries that want them.”

Perhaps the hacker should have emerged in Japan some 4 years ago: had he released the blueprints of the Fukushima NPP then perhaps someone would have realized what a deathtrap that power plant is. As it stands, however, in a rubble of radioactive mess, it has by now irradiated a substantial portion of Japan, probably in perpetuity.

And while it would be logical to immediately blame North Korea once more in the aftermath of a South Korea hacking, and certainly would bolster the case that Obama should promptly invade the small nation in the name of US "national security", it appears this time the culprit is someone else:

A Twitter user called "president of anti-nuclear reactor group in Hawaii" has claimed responsibility for the leaks.

He demands the shutdown of KHNP’s Gori-1, Gori-3 and Wolsong-3 nuclear reactors for three months starting Christmas, warning “residents near the reactors should stay away for the next few months” in case the demand is ignored.

So could it be a US-based hacker and will South Korea now proceed to take the US internet offline with the full blessing of the UN? Or would that be seen as a slightly disproportional response, and one which only the US is allowed to engage in when it feels like it?

Meanwhile, North Korea is scrambling to do damage control of its own

"It is 100 percent impossible that a hacker can stop nuclear power plants by attacking them because the control monitoring system is totally independent and closed," an official at KHNP told Reuters on Monday.  There’s a perception at the nuclear enterprise that the information could have been stolen before April 2013, when internal networks were isolated from all outside connection.

South Korea’s Deputy Energy Minister Lee Kwan-sup confirmed on Monday the leaked data was from Gori and Wolsong nuclear power plants, but said it was general information and claimed most of it could even be found “using Google's search engine.”

Nevertheless he still believes the leak is a reason to be wary. "The government is handling this case with extreme care, but what we must bear in mind is that we do not know what the true intentions of these people are," Lee said, according to Yonhap.

It was unclear as of this posting whether Sony would yank all of its nuclear safety clips only to re-release them at a more lucrative time.

Finally, as to question of who did it, we learn that, joking aside, North Korea may still be blamed: South Korea has not yet this time pointed a finger at Pyongyang. Seoul says the incident is being investigated.

Prosecutors have traced the IP used for a blog carrying the stolen documents to an online user in a southern city, Reuters reported. The person in question denies any involvement and claims his user ID has been stolen.

Surely the thief will be promptly identified as a North Korean individual at which point all bets are off.

In the meantime, the Korean Hydro & Nuclear Power company has launched a two-day exercise on Monday to prepare staff to a possible cyber-attack.