In other developments in Ukraine - the country's steadily paving its way towards NATO membership. Parliament in Kiev has voted to drop the law which forbids the country from joining any military blocs, which has been in force since 2010. Soon after being elected president, Petro Poroshenko said the country would join NATO in the future. Russia has already said that such membership could turn Ukraine into a potential enemy. For more RT is joined by British journalist and broadcaster Neil Clark. 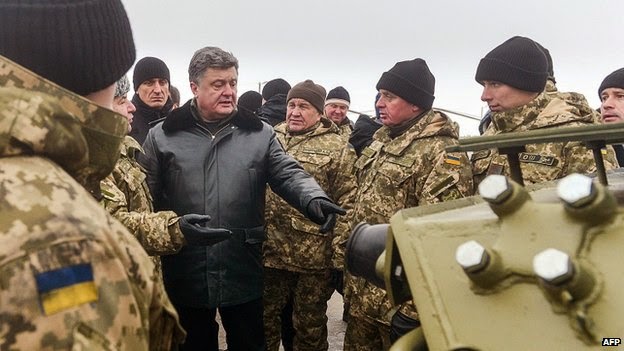 The BBC's David Stern in Kiev says it is not clear when Ukraine will apply for Nato membership and many officials see it as a distant prospect.
Ukrainian President Petro Poroshenko pledged to seek Nato membership over Russian support for rebels in the east.
Russia, which annexed the Crimean peninsula in March, denies supplying the rebels with weapons. However, it is subject to EU and US sanctions over the crisis.
In a vote in Ukraine's parliament on Tuesday, MPs overwhelmingly backed the move by 303 to eight.
Speaking before the vote, Foreign Minister Pavlo Klimkin said Ukraine was determined to pivot towards Europe and the West.
"This will lead to integration in the European and the Euro-Atlantic space," he said.
The non-aligned status, which Ukraine adopted in 2010 under Russian pressure, prevents states from joining military alliances. 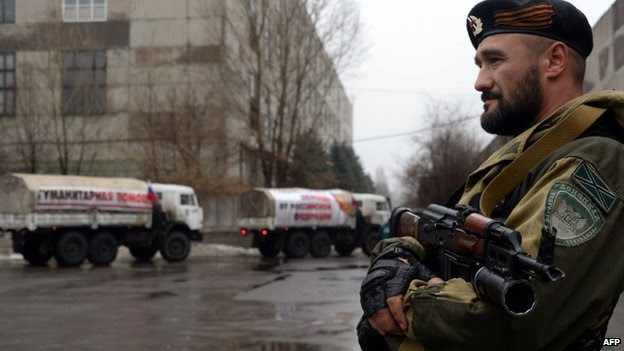 Analysis: Steve Rosenberg, BBC News, Moscow
For the Kremlin, the idea that Ukraine might one day join the European Union is like a bad dream. But the thought of Ukraine joining Nato is a nightmare.
Russia has long complained about Nato "expanding" east, up to Russia's borders. The Kremlin would view Ukraine's membership of the alliance as a direct threat to its national security.
That's unlikely to happen any time soon, especially with the conflict continuing in eastern Ukraine.
But Moscow has been quick to denounce the Ukrainian parliament for renouncing the country's non-aligned status.
Today's vote in the Rada, Ukraine's parliament, certainly drives another wedge between Kiev and Moscow. And it may complicate efforts to resolve the current crisis.
But critics of the Kremlin argue that it is Russia's direct involvement in the conflict in eastern Ukraine which is pushing Kiev closer to Nato.

Addressing foreign ambassadors on Monday night, President Poroshenko said Ukraine's "fight for its independence, territorial integrity and sovereignty has turned into a decisive factor in our relations with the world".
Russia has made clear that it opposes Ukraine's move towards Nato.
Andrei Kelin, Russia's envoy to the Organisation for Security and Co-operation in Europe (OSCE), said on Tuesday: "It's an unfriendly step towards us. This political vector will only add to nuisances and acuteness in ties."
Fragile ceasefire
In a Facebook post on Monday, Russian Prime Minister Dmitry Medvedev warned that Ukraine's rejection of neutrality would have "negative consequences".
"In essence, an application for Nato membership will turn Ukraine into a potential military opponent for Russia," he wrote.
A Nato spokesman in Brussels said on Tuesday that any accession to the alliance would probably take years, Reuters reported.
Some Nato members are also lukewarm towards accepting Ukraine, says the BBC's David Stern in Kiev. 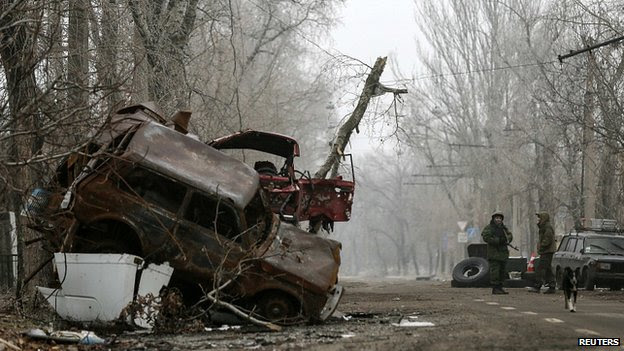 Thousands have been killed and about one million have been displaced by fighting in Ukraine
The roots of the current conflict go back to Ukraine's pro-EU street protests at the end of last year that led to the fall of Russian-leaning President Viktor Yanukovych in February.
After Crimea was annexed, pro-Russian separatists seized parts of the Donetsk and Luhansk regions of eastern Ukraine and later declared independence.
Since then, nearly 5,000 people have died and another million have been displaced by fighting.
A ceasefire was signed by both sides in Minsk in September but observers say some fighting is continuing.

Polish Defense Minister: Ukraine to be in NATO and EU - it is an inevitable process
Ukraine will be a member of the NATO and the European Union if the country meets alliance standards and if Ukrainian citizens wish this, Polish Defense Minister Tomasz Siemoniak said on Tuesday in an interview with Polish radio station Radio Zet. 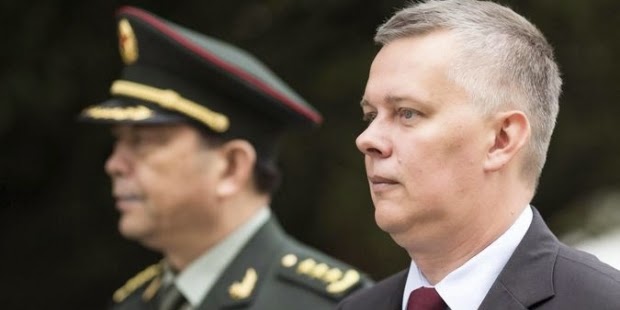 "The declaration of Ukrainian President Petro Poroshenko on canceling the non-aligned status [of Ukraine] is very important,” Siemoniak said.

“I think, it was the first step, and we will wait for the time when Ukraine becomes a member of NATO," the minister said.

"NATO should be open to new members, and to Ukraine in particular," he said, according to Ukrainian online newspaper Ukrainska Pravda.

"Ukraine must comply with the standards, but Ukrainian society should also seek membership of NATO. Nobody in the world has the right to stop it. I think it is an inevitable process, and Ukraine will be in NATO and the EU."

In addition, the Polish Defense Minister praised the role of the President of Belarus in the negotiations to resolve the conflict in Ukraine, but said it was very early to talk of the Euro-Atlantic integration of Belarus, as this is a question of the democracy and human rights.

"The President of Belarus Alexander Lukashenko sees the direction of [Russian President Vladimir] Putin's policy, and such countries as Kazakhstan and Belarus could be afraid that they will be the next victims after Ukraine," he said.

As reported earlier, Ukrainian President Petro Poroshenko said that Ukraine may contribute to the development of relations between Belarus and the EU in the framework of the Eastern Partnership.

Russia's reasonable response to this 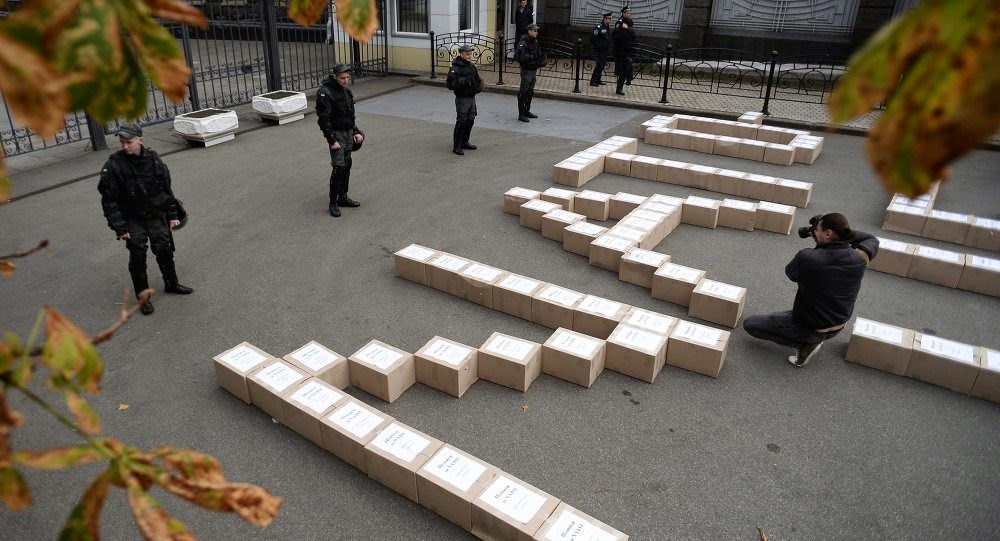 Russian Deputy Foreign Minister Alexei Meshkov stated that even the talk of Ukraine's NATO choice harms pan-European security and is intended to undermine its principal foundation.

"I'm convinced that even the talk of Ukraine's NATO choice directly harms pan-European security and is intended to undermine its principal foundations," he said.

On Tuesday, the Ukrainian parliament (the Verkhovna Rada) passed a bill to drop the country's non-aligned status, confirming Kiev's intention to join NATO.

“We should speak not of expanding blocs inherited from the Cold War, but of creating a system in Europe under which every state would feel comfortable, safe and could to concentrate on positive agenda,” the diplomat said.

Ukraine's non-aligned status was established by a 2010 law signed by then-president Viktor Yanukovych and stipulating that Ukraine would not seek membership of military-political alliances.

However, the new Kiev authorities have renewed the drive toward NATO membership since the outbreak of an armed conflict in the country's southeast, a conflict they have blamed on a military intervention by Russia.

In August, the Ukrainian government said the non-aligned status did not guarantee the country’s security and reaffirmed its plans to join the 28-member military bloc.

Russian Foreign Minister Sergei Lavrov has repeatedly warned Kiev that a neutral status was in the best interests of the Ukrainian people, their neighbors and Europe.

Ukraine's NATO bid has prompted a mixed reaction from the alliance, with majority of NATO officials saying the country was not ready to join the bloc, and urging Kiev to implement a wide range of reforms before pursuing NATO membership
Posted by seemorerocks at 12:04