Easy answer, I would have thought to this. Immediately cut off all gas supplies to Ukraine. But the tolerant Russia won't do that.
Some 600,000 Crimeans blacked out since Thursday morning - Russian Energy Ministry
The ministry has held a meeting of the headquarters to ensure electric power supply security, the situation is coordinated by the regional headquarters operating round the clock 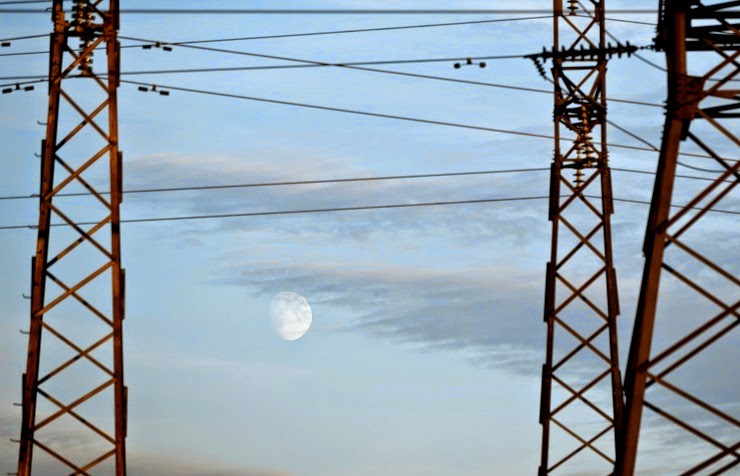 MOSCOW, December 26. /TASS/. Some 600,000 residents of Crimea have been blacked out since Thursday morning, the Russian Energy Ministry said in a statement.

On Wednesday, Ukraine cut off all electricity supplies to Crimea and Sevastopol for several hours. Crimean head Sergey Aksyonov called Kiev’s activities “enemy sabotage.” From 19:00 Moscow Time Wednesday, a schedule of rolling blackouts was introduced on the peninsula due to restriction of power exchange to 400 megawatts (40% of Crimea’s needs).

As of 20:00 Moscow Time Wednesday, some 740,000 residents of Crimea and Sevastopol remained without light, but the power outages did not affect the power supply of socially significant facilities.

On Thursday, two accidents occurred at combined heat and power plants in the cities of Simferopol and Saki, which brought Crimea’s own generation down to 300-320 megawatts (usually - 400 MW). Residents were warned of possible introduction of rolling blackouts over power shortages. Electric power consumption on the peninsula during peak hours totals 1,000 MW.

Russian Deputy Prime Minister Dmitry Kozak said Thursday Moscow and Kiev could agree on guaranteed uninterrupted supply of Crimea with electric power even before New Year. He said the sides are currently holding talks that are expected to result in a contract on exportation of electric power to Ukraine, which, in turn, guarantees supply of electricity to the Crimean Peninsula.

“After the signing of a relevant contract and the start of electric power supplies from Russia to the Ukrainian electric power grid, the situation will improve both in Ukraine and in Crimea,” the deputy premier told the Rossiya 24 TV channel.

“One of the electric power export contract’s components is ensuring reliability of power supplies to Crimea,” he said. Asked when the contract will be signed, Kozak said “we will already work in the regime of this contract from next week.”
Russian minister soothes Crimeans

“I think we will not face such restrictions in the near future,” he said.

Savelyev said Crimea’s electric power grid will become completely independent by the end of 2017 thanks to events under Russia's federal target program on Crimea’s development.

The Republic of Crimea and Sevastopol, a city with a special status on the Crimean Peninsula, where most residents are Russians, refused to recognize the legitimacy of authorities brought to power amid riots during a coup in Ukraine in February 2014.

Crimea and Sevastopol adopted declarations of independence on March 11. They held a referendum on March 16, in which 96.77% of Crimeans and 95.6% of Sevastopol voters chose to secede from Ukraine and join the Russian Federation. Russian President Vladimir Putin signed the reunification deals March 18.

Despite Moscow’s repeated statements that the Crimean referendum on secession from Ukraine was in line with the international law and the UN Charter and in conformity with the precedent set by Kosovo’s secession from Serbia in 2008, the West and Kiev have refused to recognize the legality of Crimea’s reunification with Russia.

Crimea had joined the Russian Empire in 1783, when it was conquered by Russian Empress Catherine the Great.

In the Soviet Union, Crimea used to be part of Russia until 1954, when Nikita Khrushchev, the first secretary of the USSR’s Communist Party, transferred it to Ukraine's jurisdiction as a gift.

With the collapse of the Soviet Union in 1991, Crimea became part of newly independent Ukraine and remained in that capacity until March 2014, when it reunified with Russia after some 60 years as part of Ukraine.

Work to integrate the Crimean Peninsula into Russia’s economic, financial, credit, legal, state power, military conscription and infrastructure systems is actively underway now that Crimea has acceded to the Russian Federation.
Posted by seemorerocks at 19:39